Ante Rebic sentenced Milan’s victory against Udinese with a double 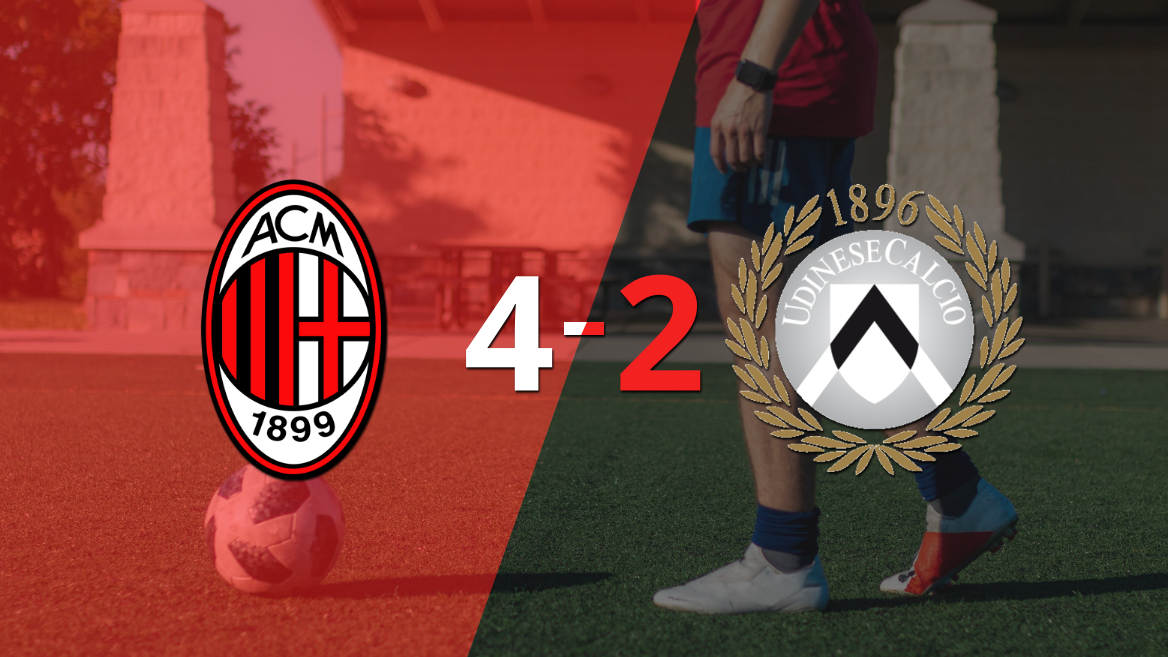 Before Rebic was the figure of the party. The Milan striker scored 2 goals and finished off the opposing goal 3 times.

Another important player in the match was Brahim Díaz. The Milan midfielder was the author of 1 goal and shot on goal 2 times.

With a dirty game, the match played between both teams stood out. There were several cautioned: Brandon Soppy, Rade Krunic, Rodrigo Becão, Nehuén Pérez and Festy Ebosele.

For their part, those led by Andrea Sottil stopped with a 3-5-2 scheme with Marco Silvestri under the three sticks; Rodrigo Becão, Bram Nuytinck and Nehuén Pérez in defense; Brandon Soppy, Roberto Pereyra, Walace, Jean-Victor Makengo and Adam Masina at half court; and Isaac Success and Gerard Deulofeu up front.

The judge selected for the match at the San Siro stadium was Livio Marinelli.

Milan will host Atalanta on the next day. Likewise, Udinese will play at home against Salernitana.

After the match, the local team is left with 3 points and first in the standings. While the visit has not yet added units and occupies the nineteenth place in the tournament.