A new functionality was added in the whatsapp beta version and it is added to the list of modifications that the application tests in the dynamics of group chats. The update will allow group admins to manually moderate and approve new members.

The ability to add new members to whatsapp groups it is an existing function in the final version of the messaging application. Administrators can perform this action through a link or directly from the WhatsApp application on smartphones or the web.

The moderation tool currently being tested in beta is called “Approve new participants”as reported on the specialized WABetaInfo website, in version 2.22.18.9 only for devices Android. 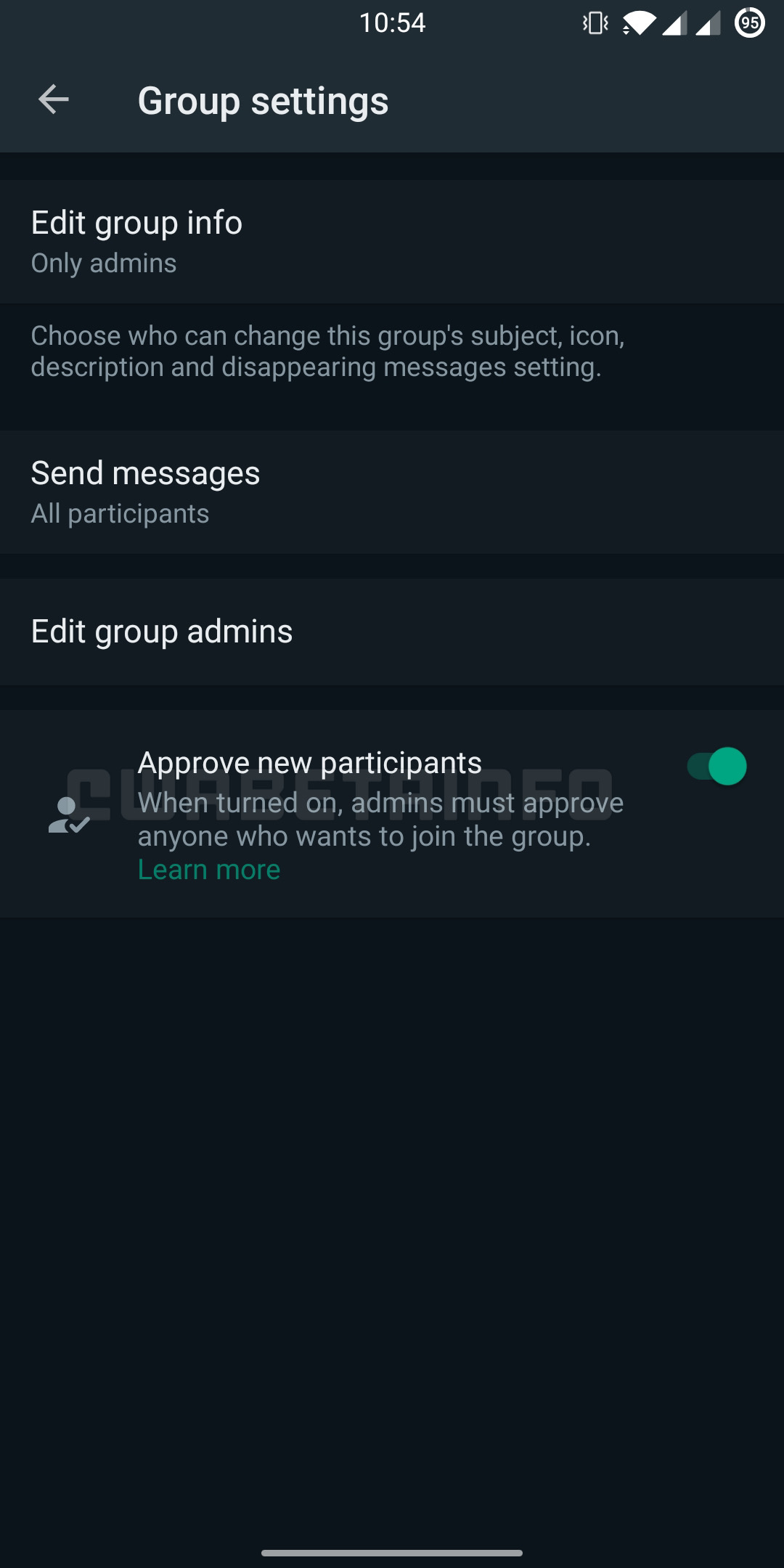 According to the website, this function could be accompanied by a section for access requests, in which new users can ask the administrators for a permission to join to group conversations.

This new “waiting room” will be under the authority of the group’s administrators, who will decide if users requesting access will be approved or rejected. However, this new feature will not prevent other participants from adding members.

In addition to the moderation function, WhatsApp is also working on another feature where group moderators will be able to activate a permission so that members of the group chat can add new members.

WhatsApp update includes a notification for all participants when the administrator(s) have enabled the option to add members for all members of the group chat. (WABetaInfo)

This feature is found in beta version 2.22.14.6 of WhatsApp for Android devices, and also includes a notification for all participants when the administrator or administrators have enabled this option for them.

This will be displayed within the group chat conversation so that group members are aware of this possibility.

Both of the aforementioned features are still in a development phase, so you could experience changes to your systems in the final version of the WhatsApp update. At the moment it is unknown when it will be enabled for users globally.

This new beta update of WhatsApp is added to others that have the purpose of modifying the dynamics of the groups within the application. Other features are currently known to be tested, such as the ability for administrators to delete messages posted by other users.

Another novelty in the app would be the possibility of hide the phone number in group conversations.

There are other features and functionality that are still in the testing phase, such as the ability for members of group chats to see a history of former participants of the conversation thanks to version 2.22.17.21 of WhatsApp beta, available for Android devices and some iOS users.

This record is not historical, but covers a period of 60 days old in which the names of people who left the chat or were removed from it are visible to both administrators and members.

Among the most recent updates to the Beta Program of WhatsApp, one is related to the security of user accounts. Version 2.22.17.22 is characterized by adding a new feature, still under development, called “Login Approval” that will enable the reception of notifications within the app in case another person tries to access the account.

WhatsApp brings benefits to group administrators, they can delete any message and more
WhatsApp will improve security to log in from another device
WhatsApp and more privacy: it will hide the phone number in the chat