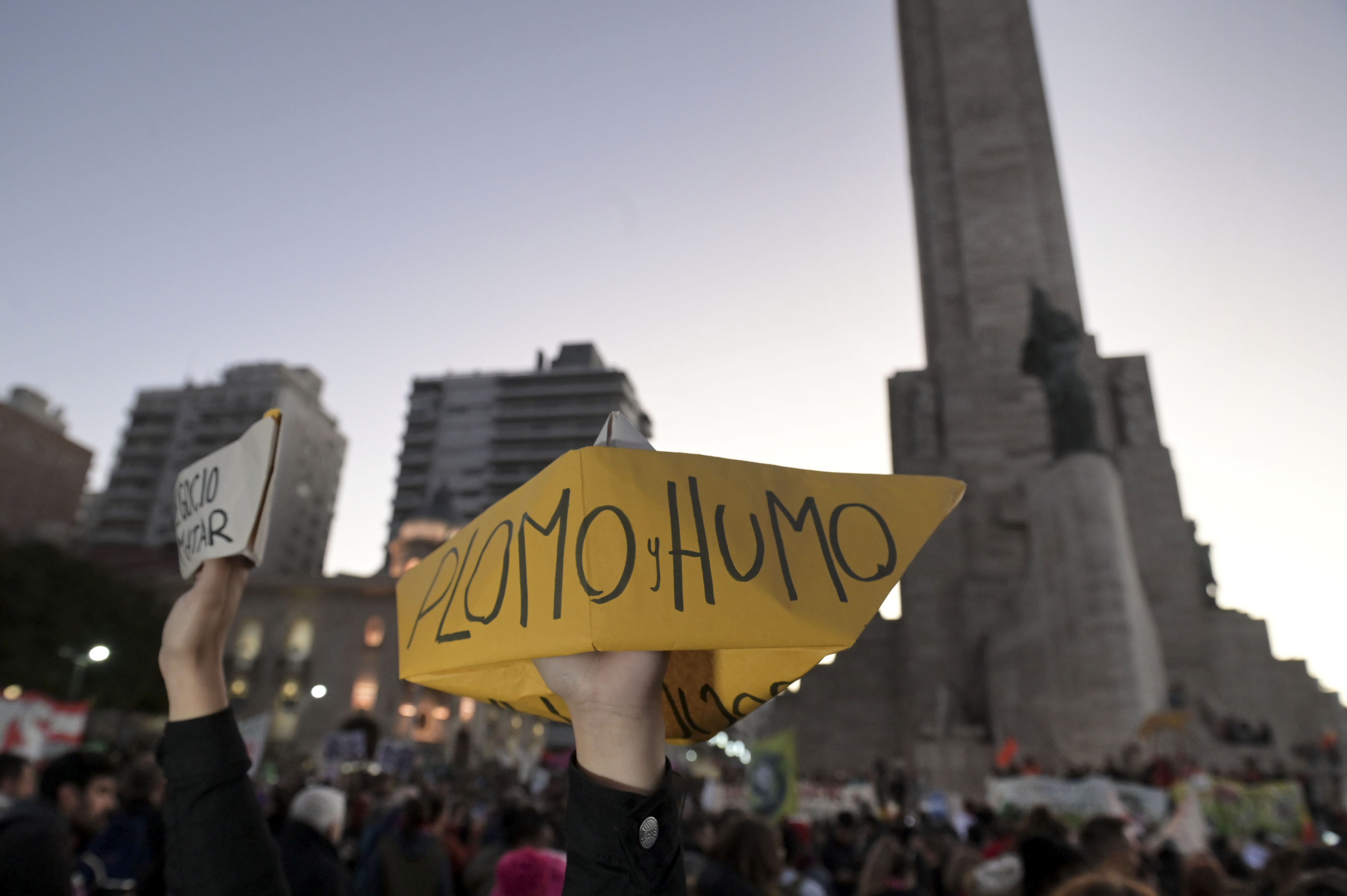 A crowd demonstrated at the Monument to the Flag in Rosario against the fires on the islands. At the same time of the background call, fires were seen in the Entre Ríos islands. (photo Sebastian Granata)

The Supreme Court of Justice ordered the Ministry of Environment and Sustainable Development of the Nation, in charge of Juan Cabandie, and to the authorities of the provinces of Santa Fe, Entre Rios and Buenos Aires, already the municipalities of Victoria and Rosario, report every 30 days on the effectiveness of the measures adopted, within the framework of the case that was opened to investigate the succession of fires who have lived in the area in recent years.

It had been the Court that had ordered the creation of the Environmental Emergency Committee of the Comprehensive Strategic Plan for Conservation and Sustainable Use in the Paraná Delta, in order to adopt “effective measures for the prevention, control and cessation” of these fires. Now, the Court motorized the request for reports and also requested from the Federal Chamber of Paraná, in Entre Ríos, the detail of the processing status of the precautionary measures and their effectiveness, on the islands of the Paraná Delta, in the case promoted by the “Paraná River Basin Civil Association and another c/ Baggio Rufino, Pablo and others s/ Civil Files”, file FPA 2427/2020, before the Federal Court No. 2 of Paraná.

Two years ago the highest court had ordered as a precautionary measure that the provinces of Santa Fe, Entre Ríos and Buenos Aires, and the municipalities of Victoria and Rosario, immediately constitute an Environmental Emergency Committee.

In recent weeks, the fire has intensified around the Paraná River and in the towns in the area surrounding Rosario, in the province of Santa Fe, and the damage caused transcends the environmental and already has a direct impact on the health of many people. According to a technical report, because of the huge columns of smoke, residents of Rosario and surrounding towns have increased the number of consultations for health problems. It is estimated that so far this year more than 60,000 hectares have already been burned in the Paraná River Delta and the consequences are increasingly serious for the population.

In the midst of the work to suffocate the fires and the investigation requests for alleged intentional fires, the Faculty of Medical Sciences (FCM) of the National University of Rosario (UNR) warned that the burning of wetlands in the Paraná Delta generates “serious consequences for the health of the population”. Due to the consequences on the environment and the health of the neighbors, the institution described the fires as “one of the worst ecological disasters.” For the neighbors it is increasingly difficult to breathe the smoke and medical consultations increase day by day.

This week, the Government of Santa Fe made the determination to make a new presentation in the Federal Justice with updated and georeferenced information that expands the criminal complaint made last July. Along the same lines, the Vice Minister of Environment and Sustainable Development of the Nation, Sergio Federovsky, announced that the national government will expand the complaint before the Federal Court of Victoria, in Entre Ríos, to identify those responsible for the forest fires that today continued to consume hectares on the islands of the Paraná River Delta.

From his terrace, the mayor of Rosario, Paul Javkin, He recorded with his cell phone the beginning of a new fire in the Delta and expressed: “Only the wind means that for now it does not invade us. It just turned on. It just turned on. Honorable judges, honorable national officials, (of) the conservation lighthouses. The activities of the security forces on the river? The brigades that the province of Entre Ríos was going to establish on the ground? It just happened, go now. There are the criminals who caught.