Schalke 04 and B. Mönchengladbach equalized by 2 in a vibrant match 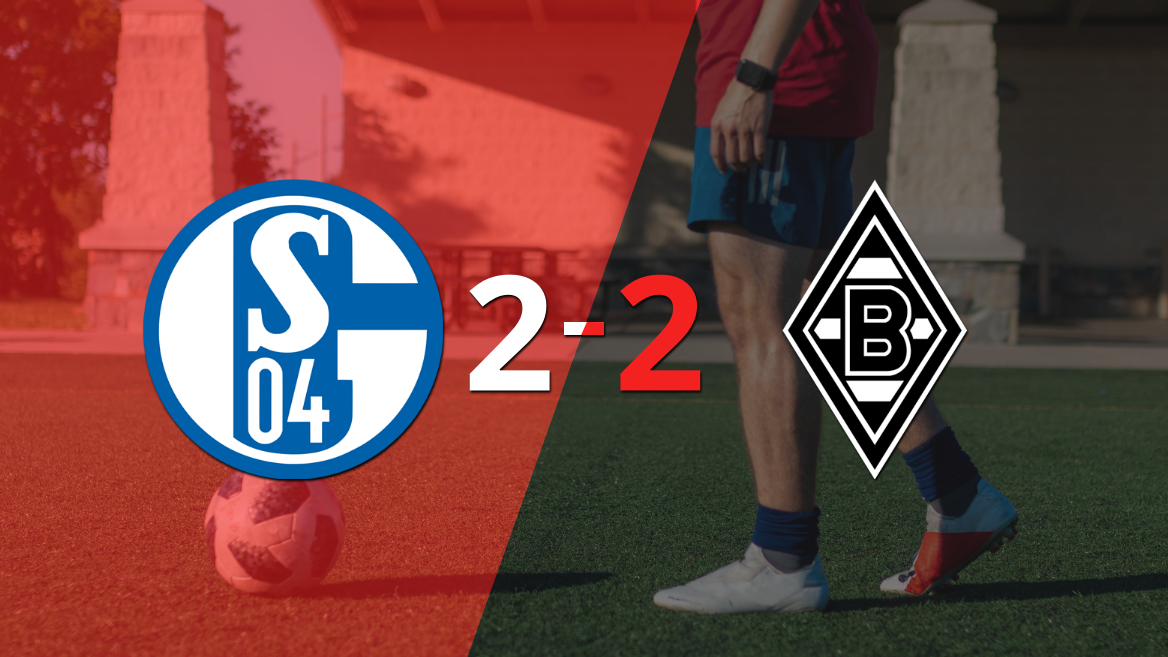 Midfielder Marius Bülter of Schalke 04 danced with defender Ko Itakura of B. Mönchengladbach and threw a pipe at him 41 minutes into the first leg.

The game was quite fought, in which the fouls began to accumulate. There was a large number of yellow cards: Tom Krauss, Thomas Ouwejan, Rodrigo Zalazar, Kouadio Koné, Alex Král and Patrick Herrmann.

For their part, those led by Daniel Farke stopped with a 4-5-1 scheme with Yann Sommer under the three sticks; Joseph Scally, Ko Itakura, Nico Elvedi and Ramy Bensebaini on defense; Christoph Kramer, Kouadio Koné, Jonas Hofmann, Florian Neuhaus and Alassane Pléa at midfield; and Marcus Thuram up front.

Referee Sven Jablonski was selected to carry out the actions of the game.

On the next date Schalke 04 will visit Wolfsburg and Borussia M. will play at home against Hertha Berlin at the Borussia Park stadium.

After the match, the local team is left with 1 point and in fourteenth place in the standings. While the visit has 4 units and ranks second in the tournament.