Flavia Royón said that the new electricity and gas rates will be known in “the next few days” and will include increases of up to $ 5,000: emphasis on energy savings 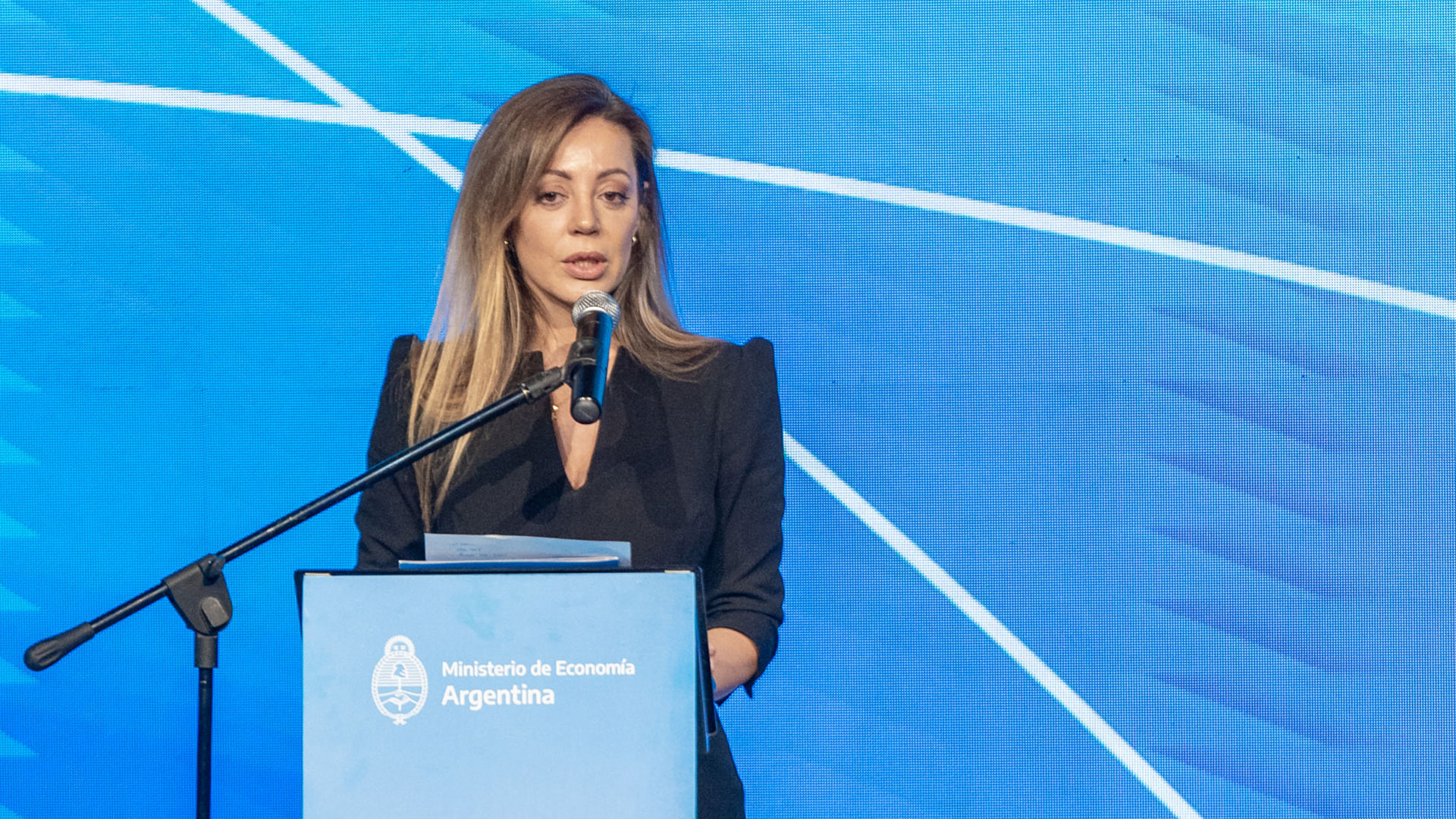 In clear contrast to the energy policy of the previous Kirchner governments and the one applied so far by the president Alberto Fernandezthe new Secretary of Energy, Flavia Royonemphasized today the importance of saving and energy efficiency, although he was careful to give too many details about the rate increases that -he said- “the next few days will be known, it does not have to happen next week”.

“If we don’t reduce the deficit (fiscal, which is largely due to energy subsidies), it ends up in the most unfair tax of all, which is inflation,” said the member of the economic team that heads Serge Massa and former Secretary of Energy and Mining of Salta.

“We want the system to be fairer and that we go from talking about subsidies to talking about efficiency, not only in the consumer, in homes, that we become aware that energy is a precious asset, that we must take care of it,” said the official in an interview on radio Miter, and insisted that “the energy efficiency agenda” must be applied “both in supply and in demand.”

The new secretary’s emphasis is the exact opposite of the governments of Cristina Fernandez, who boasted about high residential energy consumption. “Do you know how many barrels per head, per head of Argentine we consume in Argentina? 2.53 barrels of oil per year. Do you know how much Brazil consumes per capita barrels per year? 0.59; Chile, 0.89 and Brazil 0.92. In other words, in Argentina, per capita in energy consumption, so to speak, we consume 329% more than Brazil, 184% more than Chile and 174% more than Uruguay”, underlined the then-president in 2013 in a speech in Río Gallegos , when comparing Argentine energy consumption against countries with similar GDP per capita, one with a comparable climate, like Chile, given the extensive longitudinal border, and another like Brazil, with a development and industrial size far superior to that of Argentina. It was almost a praise of waste (Video, below).

Now, however, in the face of the energy deficit, the growing fiscal cost of subsidies and the importation of fuel, which puts pressure on the extremely scarce reserves of the Central Bank and generates expectations of devaluation, the economic team headed by Massa emphasizes the virtues of saving and energy efficiency.

Royón said she was flattered by Massa’s “federal vision” in appointing her and that she is working on “many pending issues” together with the technical teams in the energy area. He highlighted the regulation of the decree of the foreign exchange access regime for the incremental production of oil and gas, which had been pending since February, and on the segmentation of electricity and gas rates, he said that the details will be known “in the next few days, it does not have to happen Of the next week”

“We are working against the clock, the expectation was to do it this Thursday, but it is not a simple matter, the database is important and the premise is that this is a rate update for those who can really afford it,” explained Royón, who He said that they are crossing databases to avoid errors. Many people, he pointed out, did not register in the “Registry of Access to Energy Subsidies” (RASE) due to lack of internet access and it is sought to prevent low-income households from being reached by the increases. “We want the subsidy to reach those who need it most and for us to have a fairer system; this is a priority, we understand that it does not have to go beyond the first days of next week”.

“If we don’t reduce the deficit, it ends up being the most unfair tax, which is inflation,” the official emphasized. Regarding the three segments (high, medium and low income) on which the new rates will apply, she said that not necessarily the 4 million people who did not sign up (in the RASE) will have an increase. “There are people who did not sign up and have vulnerability conditions, we are looking for them to identify them and that the update does not arrive.”

Instead, he pointed out that those who did not sign up and are of high purchasing power (more than $365,000 of household income) will have an update in three tranches. “The first section is going to be, if one wants, the most important. The last two installments, so to speak, are going to be less,” he noted. Asked about the values ​​​​that the new bills would have, she said that “it depends on the consumption of each one”, although the amounts of increase -she risked- can range from $1,200 to 4,000 or 5,000 pesos “.

“We want the system to be fairer and that we go from talking about subsidies to talking about efficiency, not only in the consumer, in homes, that we become aware that energy is a precious asset, that we must take care of it,” emphasized the official, who said that he intends to take “the energy efficiency agenda” both to the demand and supply of energy.

The premise, he pointed out, is that “the social rate is not going to be updated; the idea is to attend to those who need it most” and that people with high purchasing power “have clarity on how much the update is going to be”. In this regard, he pointed out that the increases will be lower than the evolution of salaries, measured by the “Coefficient of Salary Variation”, but at the same time stressed that with the salary increases that there were “we are already behind” in updating rates. . In addition, he specified that the increase will be in three installments, the first of which will be in September. 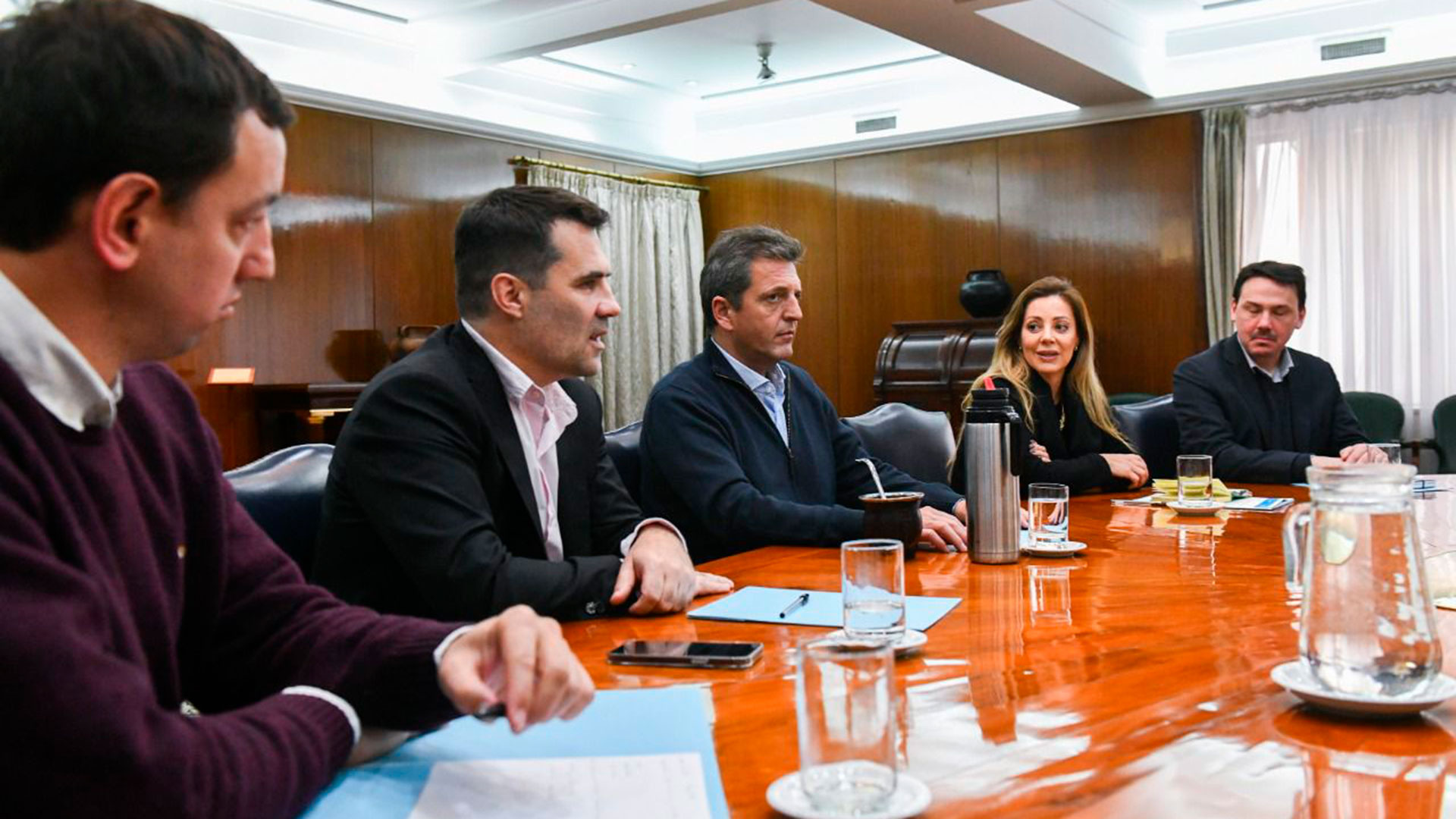 Royón, to the left of Sergio Massa, in a meeting with outgoing officials from the energy area: former secretary Darío Martínez (to the right of Massa) and former undersecretary of Electric Energy, Federico Basualdo (to the left of the official). At the opposite extreme, Santiago Yanotti, who replaced Basualdo

Royón was rather elusive in terms of cases of tenants or low-income or retired people who must pay the expenses of consortiums, considered “big consumers.”

“We are working so that everyone is clear about this, there are several points to clarify, there are several points that we are still working on,” he insisted. The official also eluded details about the increases and the cap of 400 KWh for the middle-income sectors. “There are many details to complete. In that universe there are several cases. Another of the premises is to have a federal look and it is necessary to contemplate that graduality is respected; I don’t want to be reckless in giving details now.”

“We have to have a federal perspective and the reality of each province is different; the caps will vary. There are details that we are working on so that this is clear and that we have this federal view.”

Less than in Europe

In any case, Royón emphasized that the energy increases will be less than those being applied by other countries in the world. “We are living a different reality; they are not going to be the increases that one sees in Europe, it is not going to affect the social rate and those who have less”.

The official acknowledged that “People are nervous about the update, everyone knows that they are paying much more for energy, that there are places where they ask to turn off the windows. In Argentina there were no restrictions or gas shortages. We are living a different reality. It will not be the increases in Europe where (the account) is up to 60% of a salary. It is a lower update than CVS, in stages, and it will not affect users of the social rate. It is to have a much fairer system,” he reiterated. 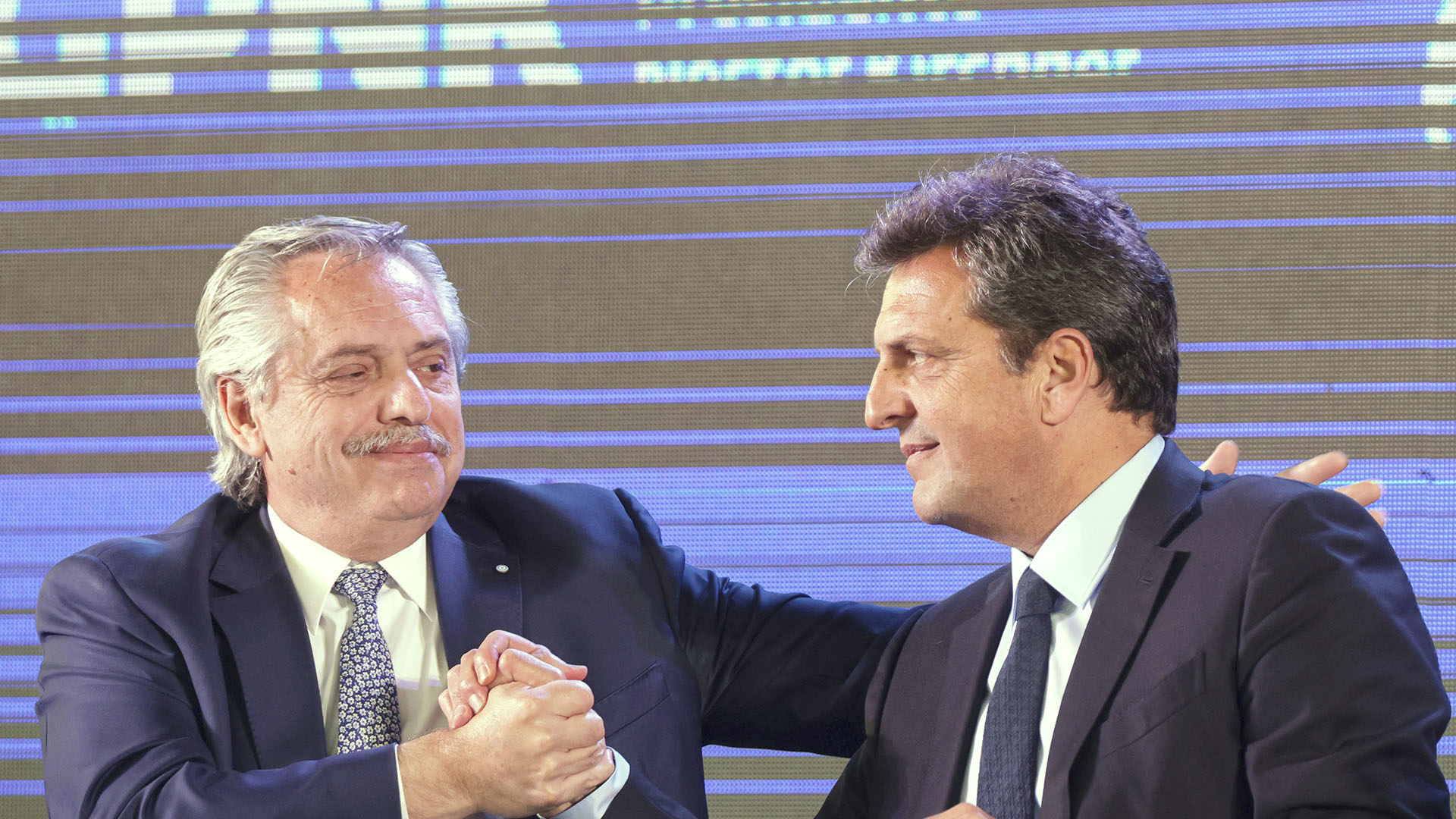 Alberto Fernández and Sergio Massa, on Friday, when they led the act in which the contracts for the first section of the “Néstor Kirchner” gas pipeline were signed. Royón said that “the maximum plan” is for it to be ready in June 2023 (Télam)

Vaca Muerta and the Gas Pipeline

Regarding the “President Néstor Kirchner Gas Pipeline”, which will supposedly serve to channel the greater production of gas from Vaca Muerta and prevent LNG imports by ship already next winter and limit imports by gas pipeline from BoliviaRoyón said that “the maximum plan is for the gas pipeline to be finished by June of next year”, implicitly admitting that the times to achieve it are very tight.

He described the gas pipeline as a “strategic work” because, he said, “it will give us the possibility of self-sufficiency and exporting”, changing the current situation that he described with the following words: “we continue to depend on gas from Bolivia instead of talking about sovereignty and self-sufficiency” . The gas pipeline and the increased production of Vaca Muerta, he completed, “will allow us to start talking about growth, substitution of imports, so that next year so many imports will not be needed.”

Royón said in any case that the importation of gas by ships “has been going down” and that there was a saving of foreign currency as a result, because “some ships are going to be returned” and they can even collect a “prize” from the traders. , which sell them more expensive in other countries.

Finally, when asked about a possible increase in the price of fuels, she said that “they are not foreseen for now” and also pointed out that the possibility of extending the increase in the “cut” of biofuels, which allowed to reduce imports to some extent, is under study. of liquid fuels such as diesel and fuel oil

Blow to consumption: the cost of financing with the credit card rises again and will reach 125%
The “double headquarters”, assignment of offices and the measures to come: how was the week for Sergio Massa and his economic team
No brake: inflation in Argentina is 10 times the world average and a larger gap is projected