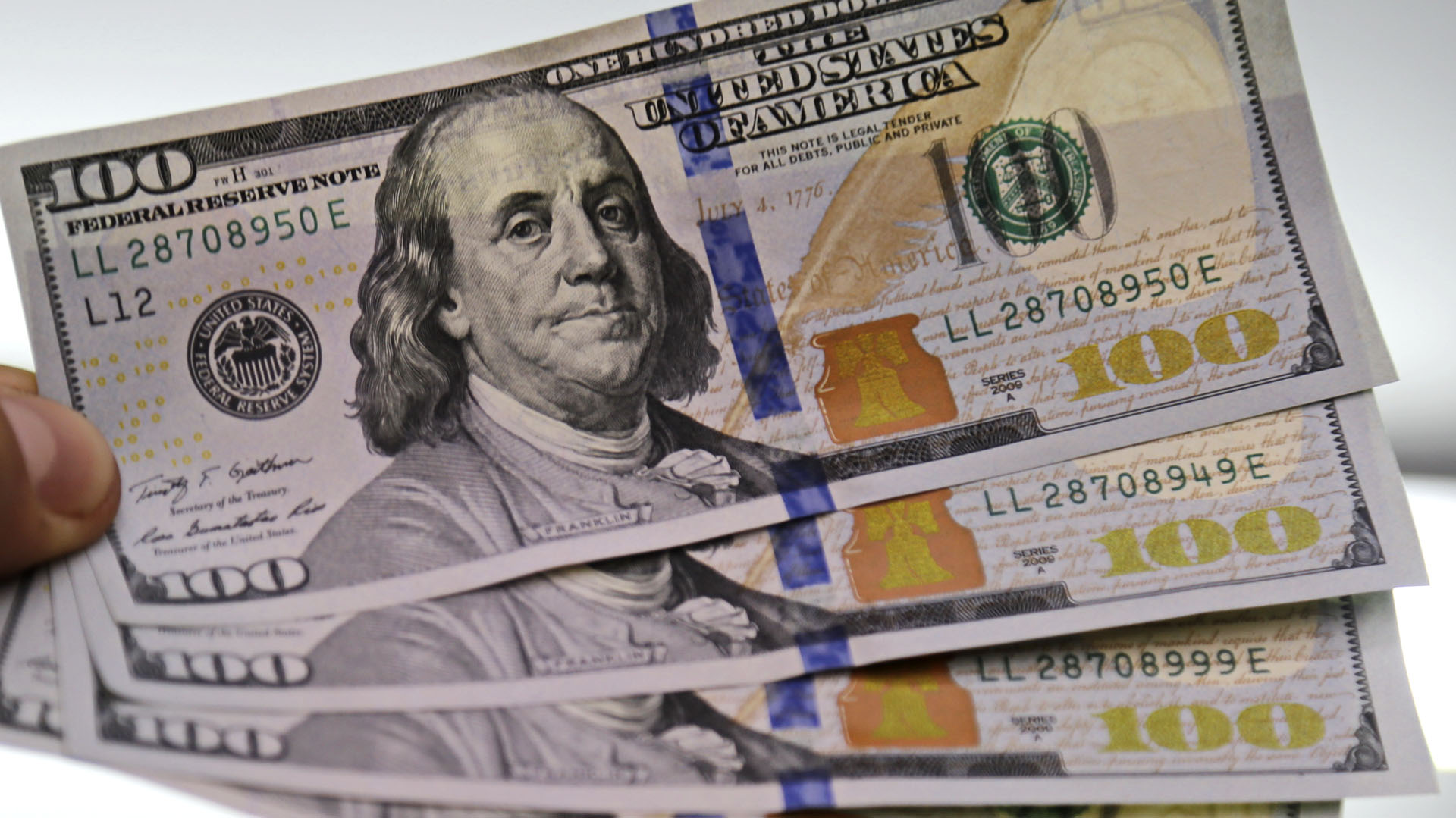 The rise in rates by the BCRA has not yet influenced the prices of the dollar.

The rate hike of the Central Bank, in a framework of escalating inflation, gained prominence in the stock and foreign exchange markets, although its effect has not yet achieved concrete results. While dollar prices outside capital controls remained stable, they were the actions that extended his recovery for the third week. The bonds ended with losses and the BCRA failed to accumulate reserves.

The Central Bank managed to accumulate net purchases in the last three sessions of the MULC for a total of USD 19 millionalthough the weekly balance was net sales of USD 129 million, due to the negative balance on Monday and Tuesday.

At the beginning of August, the BCRA accumulates sales in the interbank market for some USD 829 million dollars. The monetary entity faces a negative 2022 in the exchange market with net sales of USD 208 millionwhen it had obtained a net balance in favor in the same period last year of about USD 7,295 million as of August 12, 2021.

International reserves, meanwhile, returned to the area of ​​USD 37,000 million, in their lowest gross stock since October 14, 2016, almost six years ago.

The best performance was obtained by Argentine stocks, which extended the rebound after the strong volatility experienced by the resignation of Martin Guzman to the Ministry of Economy, the “interregnum” of three weeks of Silvina Batakis and the landing of Serge Massa in the Treasury Palace.

Mediocre was the result of sovereign bonds. The Globals in dollars with New York Law lost 1.1% weekly with a risk country of JP Morgan which rose from 2,398 to 2,458 points for Argentina.

“Although the arrival of Serge Massa to the Ministry of Economy was positive for the market, being able to pass an important test with the recent debt swap in pesos given that the maturities of the next three months were postponed until September 2023, and there was less exchange pressure with the drop in implicit dollars, investors still doubt the plan announced by the minister because in addition to the financial needs in local currency, there is an evident shortage of dollars and an excess of pesos”, considered the analysts of Research for Traders.

Inflation and rates, with a horizon of 100% per year

An outstanding news of the week was that the BCRA raised its reference interest rate by 950 basis points to 69.5% annual nominal. In addition, the rate of retail time deposits went from 61 to 69.5 percent. For the rest of the fixed-term deposits of the private sector, the guaranteed minimum rate is established at 61 percent.

The strong increase in yields in pesos of almost 10 percentage points, a record in three years -since the PASO of 2019- was due to the fact that in July the retail inflation increased 7.4% compared to June, the highest monthly figure in 20 years and significantly higher than the 5.3% that had been marked in June, which consolidated the upward trend in the annualized measurement. The division with the highest increase in the month was Recreation and Culture (+13.1%).

Also, in the last twelve months registered an increase of 71% and it was in line with what was estimated by private companies and in the Market Expectations Survey (REM) of the BCRA, where an increase of 7.4 percent was expected. Inflation accumulated in the first seven months of the year a rise of 46.2% percent.

The experts from Consultation Plus They indicated that “the inflationary acceleration known this week is the best macro decay rate thermometer. The measures implemented so far by the new minister – postponement of maturities in pesos and a sharp rise in interest rates – do not imply, for now, a change in dynamics but rather an increased postponement of their impacts. And they warned that “the cost of that acquisition is high: The 2023 maturity profile is getting bigger, more and worse indexed and implies a quasi-fiscal impact that subtracts value from the subsidy adjustment announced last week.”

“Gradualism is hardly an option. The inflationary overflow imposes a treatment of shock if you want to avoid relapse into hyperinflation“, he claimed Victor Becker, director of the Center for Studies of the New Economy (CENE) of the University of Belgrano. “This is the biggest challenge facing the brand new economic leadership: to implement a coordinated and consistent plan of fiscal, monetary, foreign exchange and income measures that will ensure a drastic drop in inflation. The key lies in taking this group of measures together. Any partial measure will not work,” he explained.

Maximiliano Donzelli, Head of Research at IOL (InversiónOnline) pondered that “there has been a great change in expectations during July. This is largely explained by the changes announced by the Argentine government in its cabinet, which were made with the aim of reorganizing the economic area to be able to face the complex challenges that the Argentine economy faces today”.

“In this line, with some optimism after what was a very negative June for most Argentine assets, the market had a strong reaction in the seventh month of the year and the Buenos Aires Stock Exchange registered a positive variation of 38.5% in pesos and up to 20% if it is measured in dollars counted with liquidation. However, despite the recent optimism in the local market, we understand that Baseline macro scenarios did not change substantially. In fact, according to the latest Survey of Market Expectations released by the Central Bank, the country’s main consultants estimate that inflation for the year will close at 90.2%. It is partly because of this and other variables that we continue to privilege holdings that allow us to protect ourselves against high inflation,” Donzelli said.

For Nicholas Churchdirector of Portfolio Personal Inversiones, “in equities, volatility continues to be the order of the day in the world in itself, and Argentina is a more complicated underworld yet. It’s time to wait some drivers to see if the change that this new economic team proposes can really be put into practice”. He added that “if we are looking for good news, the result of the exchange was quite positive with a very important adhesion. Likewise, these are new instruments and the market needs a few days to accommodate the curves”.

The BCRA chained the third day in a row with purchases in the foreign exchange market
The BCRA applied the strongest rate hike in the last three years and the effective return on its debt is close to 100% per year
The rise in rates lowered the financial dollars but the Central Bank still does not accumulate reserves
Rate rise: how much will the fixed terms pay for small savers from tomorrow?
Jump of the dollar, obstacles to imports and gap: how economists explain the highest inflation figure in 20 years
After record inflation, the Government analyzes postponing the call to businessmen and trade unionists