Fair of goals in the draw between Tijuana and Puebla 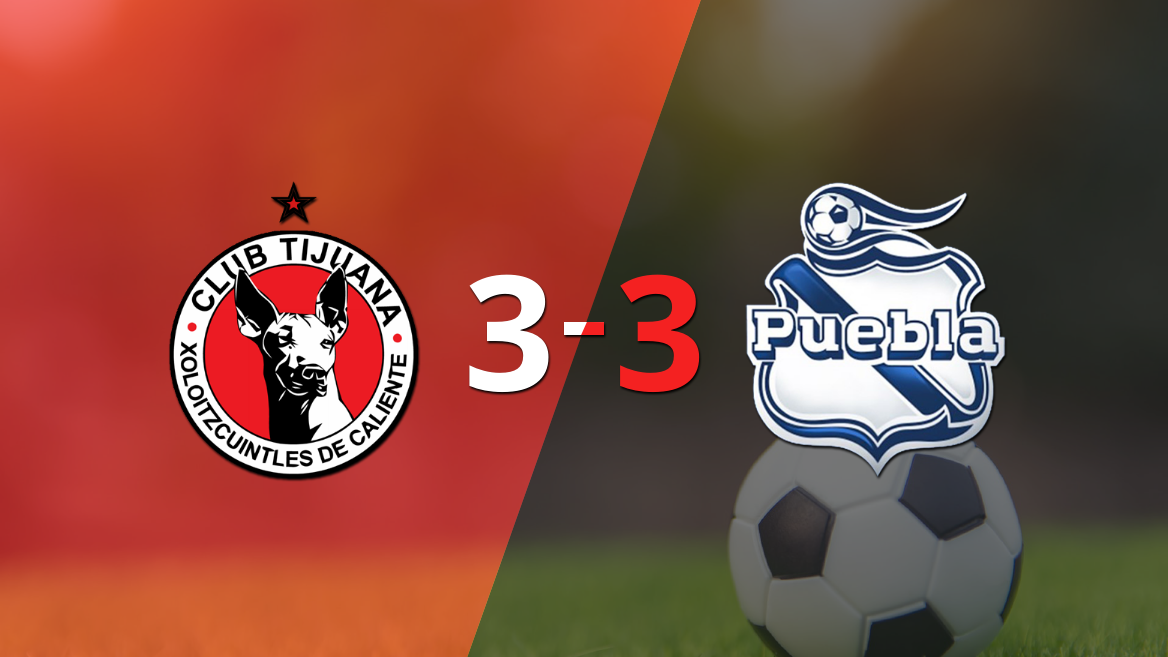 The match corresponding to date 8 of Mexico – Liga MX – Apertura 2022 between the Xolos and the Strip ended in a 3-3 draw.

A great play by the Strip, 39 minutes into the second half, was the one that moved the scoreboard thanks to Jozy Altidore. With a cross from Ivo Vázquez, the striker connected with the ball in the large area and entered the back of the opponent’s goal.

Tijuana defender Lisandro López squandered a chance to increase the lead after missing a penalty kick in the 71st minute of the second half.

The best player of the match was Israel Reyes. The Puebla midfielder scored 1 goal.

Edgar López also stood out at the Caliente stadium. The Tijuana attacker scored 1 goal and shot at the opposite goal 2 times.

The match was cut short due to the number of fouls committed by both teams. There was only one card, in the 33rd minute of the first half, Federico Lértora received a yellow card.

Referee Luis Santander Aguirre was in charge of supervising the game at the Caliente stadium.

On the following date, the Xolos will face Cruz Azul as a visitor, while the Strip will play at home against Necaxa.

With this result, the host of the match reaches 11 points and is in seventh place. For its part, the visiting team remains at 11 units and is in sixth place in the tournament.