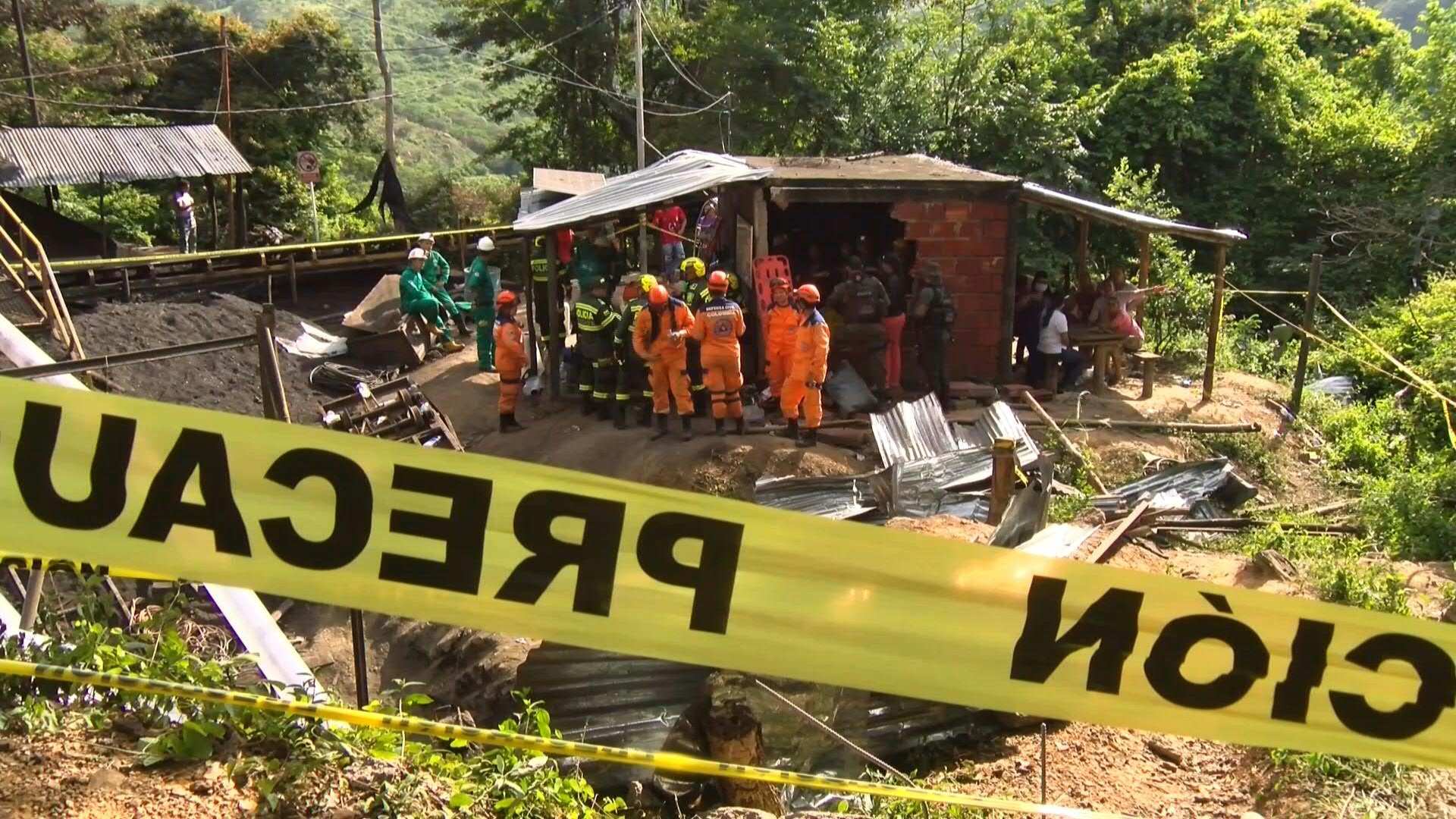 Reference image of a mining rescue in Colombia. Photo: AFP

An accident in a sinkhole, which would be illegal, claimed the life of a miner and left three others injured in the village of Tinaja, upper sector of San Antonio, in the municipality of Giraldo (Antioquia).

According to what was reported on the RCN Radio station, according to the preliminary information given to them about the event by the National Mining Agency of Colombia, the deceased, who was identified as Jhon Jairo Agudelo Torres, 46 years old, was improperly handling an explosive for which he lost his life and the accident occurred.

Initially, The incident was reported from the neighboring town of Buriticá to the Caldas Mining Salvage after the detonation that was reported around 9 am on Thursday.

According to the testimony of one of the relatives of the miner who diedor, the victim was handling the explosives that when they exploded broke several rocks that mortally wounded him in the front area of ​​the head, which later caused his death.

Meanwhile, in the magazine Semana they also consulted with the Ministry of Mines and Energy where they were told that the tunnel did not comply with the regulations required for its operation, therefore, imposing sanctions was not ruled out.

Apparently, Another emergency was reported at the site, which was verified by the Caldas Mining Rescue group, which received an anonymous call in which there was supposedly a report that several miners had been trapped. in another sinkhole in Buriticá. However, the National Mining Agency had not confirmed this other situation, they reported on RCN Radio.

Senator Omar Restrepo, of the Comunes Party, denounced through his official Twitter account, with a video, that a multinational The gold mining company was using a liquid mixed with chemicals used in this activity, which are quite toxic, to inject it under pressure into magical passageways that informal miners have built.

“Attention! Urgent! The Continental Gold in Buritica, uses waste from gold washing, cyanide and cement to pour it under pressure with motorized pumps through artisanal tunnels against “illegal” miners. This is a crime and it’s called attempted murder! Gustavo Petro and the Ombudsman’s Office,” he said.

The also ex-combatant of the extinct FARC guerrilla, and now a congressman, asked the local administration to review what was happening in that mining area.

“The population denounces that they are using motorized pumps to pour the liquid. We demand that the mayor of Buriticá take charge of this serious event and that its mayor, Luis Hernando Graciano, be responsible for those who elected him,” he added.

However, in the magazine Semana they reported that The rescue team, with the support of the public force, inspected the mine and found no missing workers.

“From this site, we sought to communicate with mining personnel outside the company, in order to corroborate the information on possibly missing persons. The calls to the mining personnel are not obtained immediately. An hour later the miners warn the rescue team not to go near the site.”indicated the entity to that means of communication.

They added that the operators of the aforementioned mine and the uniformed men had apparently received intimidation with firearms, so they left the place once they verified that there were no victims in the sinkhole.

According to Luis Fernando Suárez, Secretary of Security and Justice of Antioquia, in Buriticá substructures of the Clan del Golfo that are dedicated to illegal mining would be committing crimes.