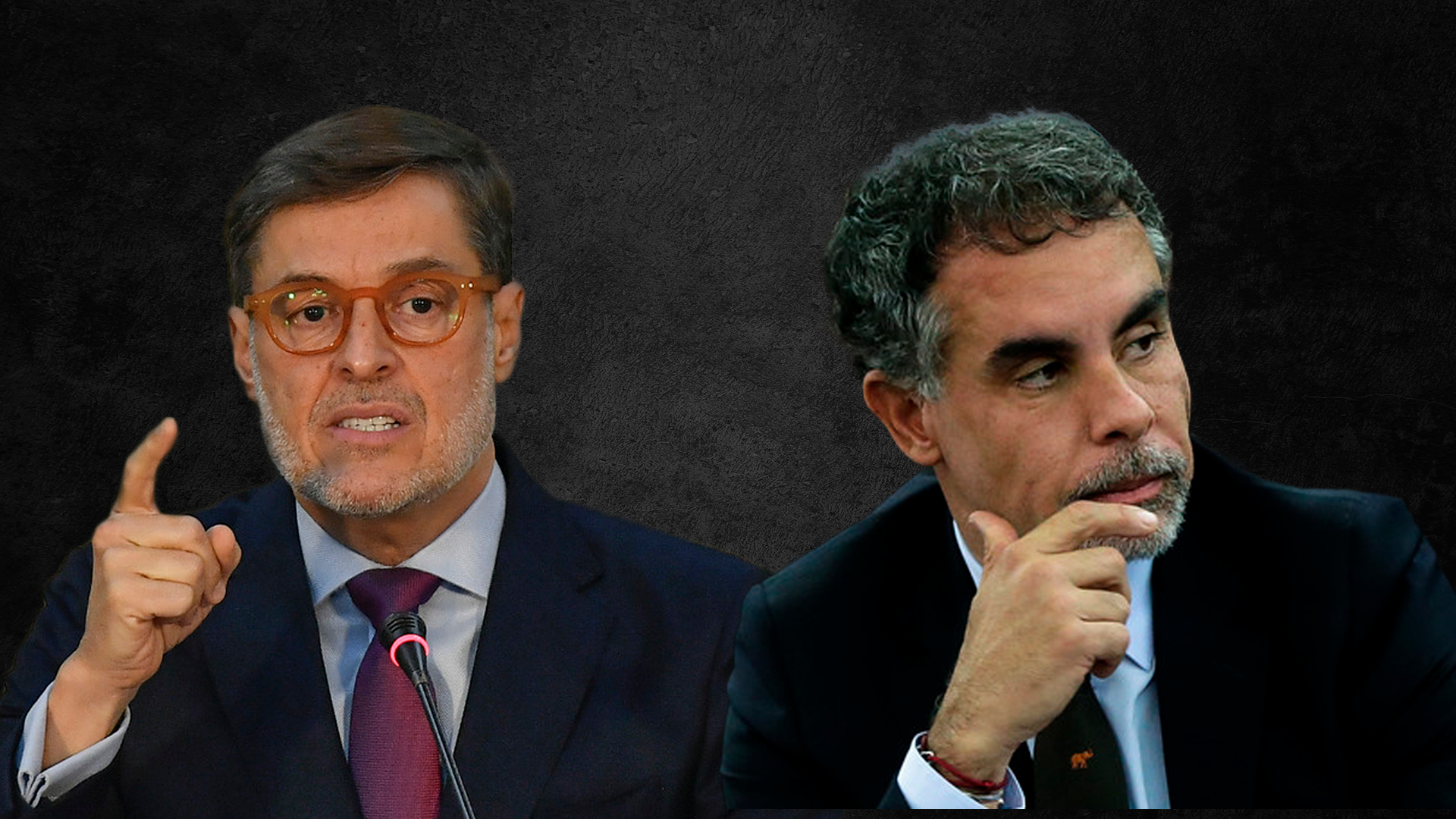 Félix Plasencia and Armando Benedetti, the new ambassadors of Venezuela and Colombia

After the swearing-in last weekend of Gustavo Petro as the first leftist president in Colombia, nuances in international political affairs begin to show. Thus, both the Caracas regime and the recently inaugurated president in Bogotá appointed their respective ambassadors to advance in the normalization of their diplomatic relationsbroken in 2019.

Petro and the Venezuelan dictator, Nicholas Maduroannounced this Thursday the names of their diplomatic representatives: the former foreign minister Felix Plasencia will be the ambassador of the dictatorship of Venezuela in Bogotá, while former senator Armando Benedetti will be sent to Caracas.

“We will continue step by step, step by step, advancing in the reestablishment and reconstruction of diplomatic, commercial, political relations”, Maduro said in a speech on state television.

Petro followed a few minutes later: “I have decided in response to the Venezuelan government, which has appointed the ambassador who will be responsible for normalizing diplomatic relations between the two countriesappoint Armando Benedetti as Colombia’s ambassador to Venezuela”.

AN OFFICIAL WITH LINKS

Felix Plasencia He was foreign minister of the Venezuelan regime between August 2021 and May 2022 and ambassador to China between 2019 and 2021. He is a career diplomat with close ties to the brothers Jorge Rodríguez (president of the National Assembly with a Chavista majority) and Delcy Rodríguez (vice president of the Nicolás Maduro regime). 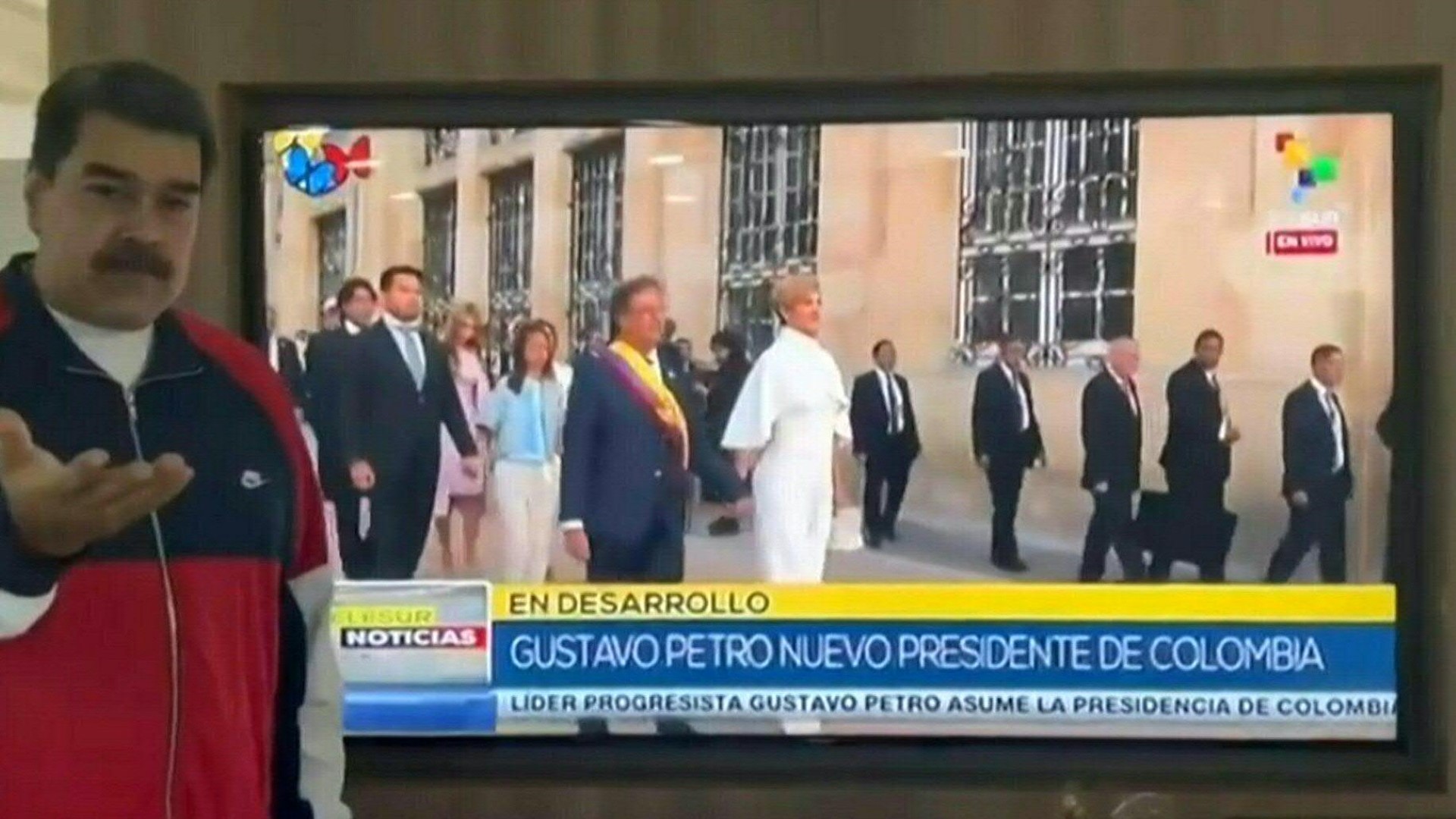 Petro and Maduro try to rebuild relations between the two countries

Despite his long career of more than 20 years in his country’s diplomacy, this Venezuelan-Spanish citizen, whose parents were born in Tenerife, was not on the front page of Chavismo until his appointment as foreign minister in August last year.

Yes ok He was always loyal to Hugo Chávez and Nicolás Maduro, Plascencia, a graduate in International Studies from the Central University of Venezuela (UCV) and an expert in international negotiation and diplomacy, developed his career with a low profile. Those who know him describe him as “discreet” and “serious” personality.

“I assume with great honor this responsibility entrusted by President Nicolás Maduro. The Bolivarian diplomacy of peace will be the solid base to strengthen the historical brotherhood of the same people,” the designated ambassador wrote on Twitter.

Since the arrival of Chavismo in 1999, Plasencia held various positions in the structure of the regimealthough previously he was already part of the Venezuelan diplomatic corps since 1991.

But His rise to the top of the Venezuelan dictatorship was thanks to his connections with the Rodríguez brothers, with whom he has a great friendship.. Bond that was born after meeting Delcy at the Venezuelan embassy in London during the second term (1994-1999) of the late former president Rafael Caldera.

Already with Maduro in power, the diplomat worked first with Jorge Rodríguez in the Mayor’s Office of the Libertador Municipality, in Caracas, and later, when Delcy arrived at the Foreign Ministry (2014-2017), he held various positions: he was director of Protocol, vice minister for Asia, Middle East and Oceania, Deputy Minister for Multilateral Affairs, and even served as Deputy Foreign Minister.

Armando Benedetti, 54, went for his part one of the first traditional politicians to join Petro’s presidential aspiration, after having reached the Senate in 2006 as part of a party founded by former President Álvaro Uribe.

His appointment was not surprising, since it was one of the most notorious names for the position since Petro’s victory due to his closeness to the new president.

The designated ambassador is a Social Communicator and Journalist. Lacks diplomatic experience and was known in the political arena in the late 1990s when he was elected councilman of Bogotá. 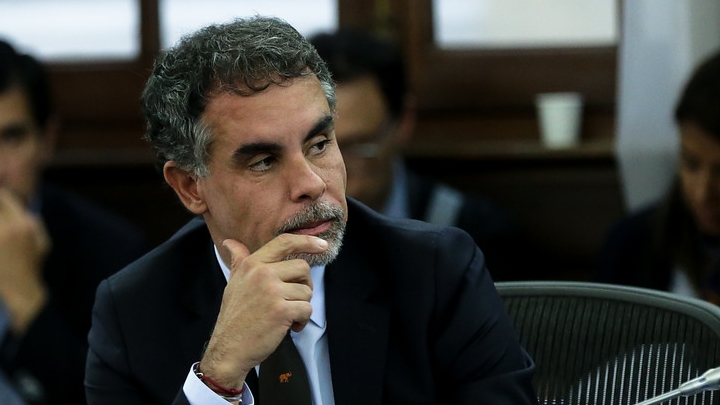 Armando Benedetti, was one of the first traditional politicians to join Petro’s presidential aspiration

He served as coordinator of the regional television channel Telecaribe. He also participated in the section of national and international politics in the writing of the newspaper Timeone of the most prestigious Colombia.

In 2002 he was elected a member of the Colombian House of Representatives and in 2006 senator of the republic. In 2010 he was re-elected to the post.

During his tenure as a public official, he has worked for several political organizations: he began as a militant of the Liberal Partymore or less social democratic, in 2005 jumped to the party of the uheaded by former president Alvaro Uribe and in 2020 entered Colombia Humanthe movement of Gustavo Petro.

He was investigated for his alleged connection to the scandal of the “parapolitics” that pointed out the links between politicians around Uribe and right-wing paramilitaries. He has also been accused of complicity with the corrupt plots of the Brazilian construction company Odebrecht In colombia.

“No imaginary line will separate us as brothers again,” the former parliamentarian wrote on his Twitter account after the announcement.

He will take up a post that has been vacant since 2017, when then-president Juan Manuel Santos he called his predecessor for advice Ricardo Lozano.

Maduro also announced that he will form a “special team on Colombia” led by the vice president, Delcy Rodriguez. “It is a very serious plan for the programmed, progressive opening of the entire border, the opening to trade, to investment, to the win-win monetary movement with the people of Colombia and the people of the border.”

Maduro also announced that he will form a “special team on Colombia” led by Vice President Delcy Rodríguez.

There is, for now, no scheduled date to open the binational crossings, closed for vehicles since 2015 and partially open for pedestrians since the end of last year. A meeting between the two presidents is not scheduled either.

Both countries broke relations in 2019, the height of a link plagued by tensions in two decades of clashes between the ruling Chavismo and the right-wing period that Álvaro Uribe began, which ended with the arrival of Petro to power.

A previous restoration was impossible since the previous president Iván Duque did not recognize Maduro as president but the opposition leader Juan Guaidóconsidering that the re-election of the dictator was fraudulent.

Diplomatic contact was lost, consulates and flights were closed, as well as border crossings, generating the rise of irregular roads.

Even before assuming the government, Petro had already sent a delegation to Venezuela to advance the normalization process not only of diplomatic relations, but also of commercial ones. Despite these actions, the Colombian president has ruled out an immediate meeting with the Caracas dictator.

The border will be the protagonist in the complex common agenda, which covers issues such as migration, trade and security in an area with the presence of guerrillas, paramilitaries and drug traffickers.

The migration issue is crucial, when Thousands of people cross the border every day.

Colombia welcomes two of the six million Venezuelans who have migrated due to the crisis caused by the Venezuelan dictatorshipwho received permits to work and access public services.

On the other hand, normalization would boost trade, which came close to $7.2 billion in 2008but it foundered with the partial closure of the border in 2015 and total in 2019.

The Colombo-Venezuelan Chamber manages projections of 800 million to 1.2 billion dollars in 2022after last year the figure was around 400 million.

Nevertheless, the area is the scene of clashes between armed groups and public forces, amid complaints by Duque against Maduro to give shelter to dissidents of the FARCguerrillas of THE N and narcs. The socialist dictator denies this, and repeatedly accused the former ruler of sending paramilitaries to destabilize Venezuela.

Two days ago, Defense Minister Vladimir Padrino announced that he would establish contact with his Colombian counterpart to “reestablish” military relations.

Delegation of the national government reiterated its intention to resume the peace process with the ELN in Cuba
The Venezuelan opposition urged Gustavo Petro to maintain a policy in favor of migrants
After the assumption of Gustavo Petro, Venezuela announced that it will restore “military relations” with Colombia