They found a UNAM professor dead after four days disappeared Carlos Heinrich Schulze Schreiberprofessor attached to the Faculty of Engineering of the National Autonomous University of Mexico (UNAM), was reported missing last August 7th 2022. After four days of searching, he was found dead in the state of Tlaxcalaas confirmed by the educational institution in an official statement where they also demanded the clarification of his death.

Through its page of the General Directorate of Social Communicationthe educational entity lamented “the death of doctor Carlos Heinrich Schulze Schreiber, professor at the Faculty of Engineering. In addition to expressing empathy with the pain of his family, friends and loved ones, they called on the authorities of the state where he was found.

“Similarly, it makes an attentive call to the competent authorities, particularly to the Attorney General of Mexico City Yet the Attorney General of the State of Tlaxcalawhat for clarify the circumstances of death as soon as possible and, where appropriate, punish those responsible. The University will remain attentive to the development of the investigations carried out by the competent authorities” 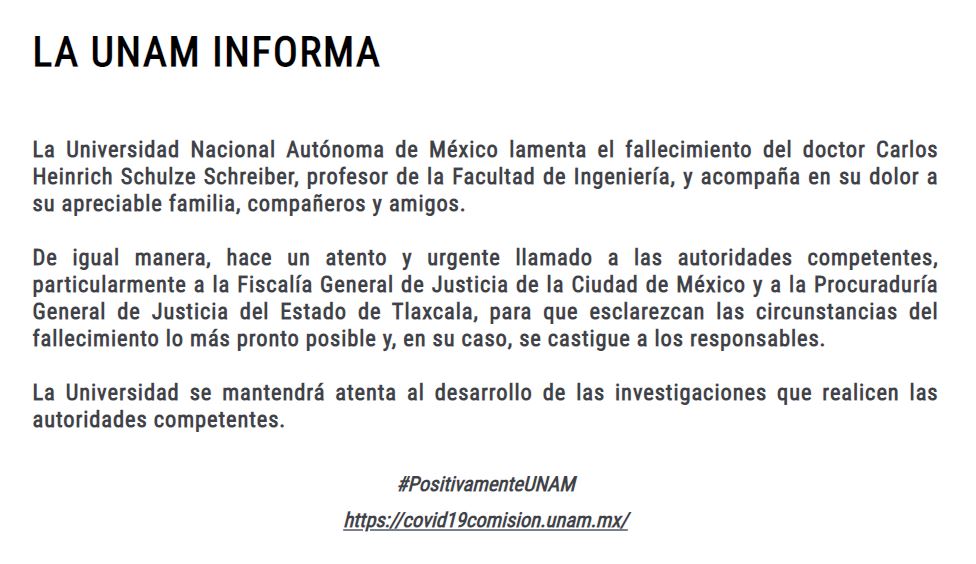 The UNAM confirmed the death of the professor of the Faculty of Engineering (Photo: DGCS-UNAM)