The impressive moment when a waterspout hit a beach in Veracruz

According to the state Civil Protection Secretariat (SPC), the meteorological phenomenon formed around 7:30 p.m., causing havoc in Playa Villa del Mar and its surroundings.

The “jarochos”, seeing that the waterspout was approaching in a threatening way, began to leave the beach, as well as the boulevard; However, others decided to wait to be able to record its impact on land, for which impressive photos and videos were spread on social networks.

In one of the videos, it can be seen how the strong winds reached an area of ​​palapas, throwing chairs, tables and tarpaulins into the air. Later, the “mini tornado” entered the coastal avenue where it began to weaken.

“We were very scared. Some people told us that when it hit land it was going to fall apart, but no, it was very impressive, ”he said in an interview for Imagen del Golfo Ángel, who arrived with his family.

The storm also brought with it heavy rains that surprised motorists in the metropolitan area. 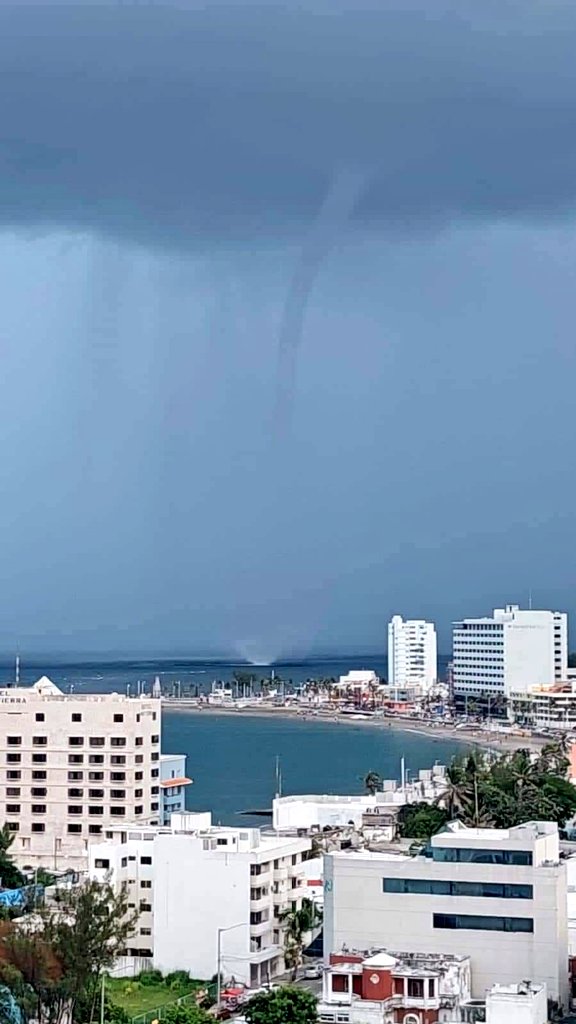 Despite the spectacular images, the authorities reported that the Waterspout did not leave major damage or injured people.

The waterspout, also known as a waterspout, is a vortex or whirlwind that occurs over water, usually associated with cumulus nimbus clouds, which are those that have a great vertical development.

The phenomenon is similar to a tornado, but it is less intense and it is not very dangerous for the population since it usually forms in deep waters and lasts only a few minutes and does not affect the coast.

However, they are dangerous for the ships that are in their path, since they can cause capsizing and even destruction of the boats.