The Friday poem: a lullaby so you don’t fall asleep 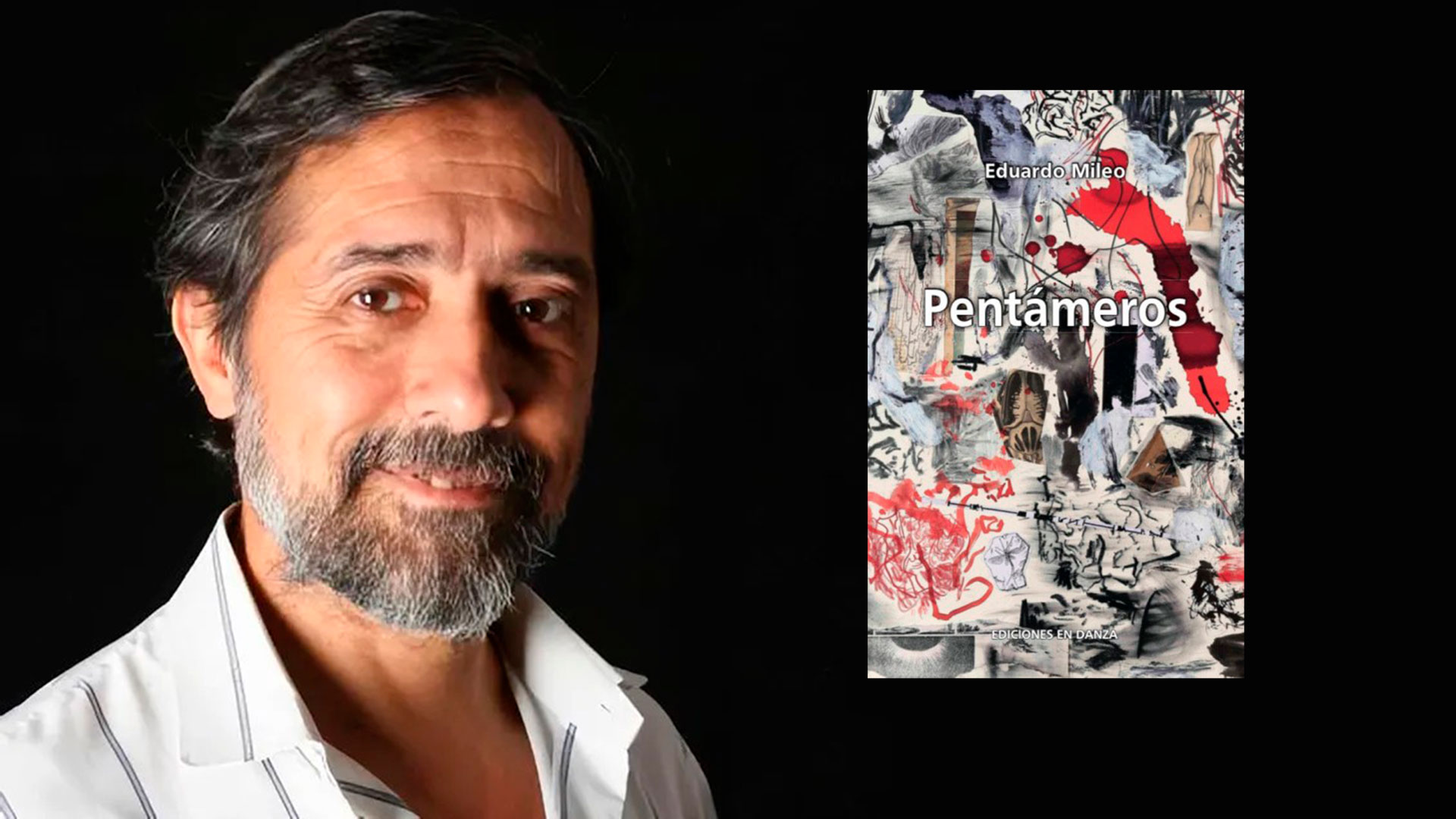 Eduardo Mileo and his book “Pentamers”

There is from the beginning in the work Edward Miles a search for totality with the awareness, without drama, that it does not exist. Thus, in his first book take these crosses away from me (Ediciones Último Reino, 1982) gathers in five poems called crosses -of air, fire, water, earth and of Christ- the weight on the back that this redeemer carries and cannot, in his own dramatic voice, be himself and accompany us: “We are what no one has been and we remain from no one and alone. / We are what the word would name at dawn. / We are the name of the dawn. / This broken absence of petals and hunger” (The cross of Christ).

Because the claim, the invocation, the lament come from the Way of the Cross that loads the lyrical word. That is why poetry is also, in this sinuous path, not only the sacred but rather the faith in the political through the enunciation of the unjust.

It is something transcendent, something that must change from the small in daily life, from social life in its class struggle, in the exploitation between men and women of this world: “And in his own way he believes / that God will provide / if he goes out to look for what is not there. / The unemployed do not go to church. / His religion is a secret / between him and things: / the energy / that moves the water, / the force / with which the wind does not stop blowing ”” (Prayer, Poems of the joblessDance Editions, 2007). 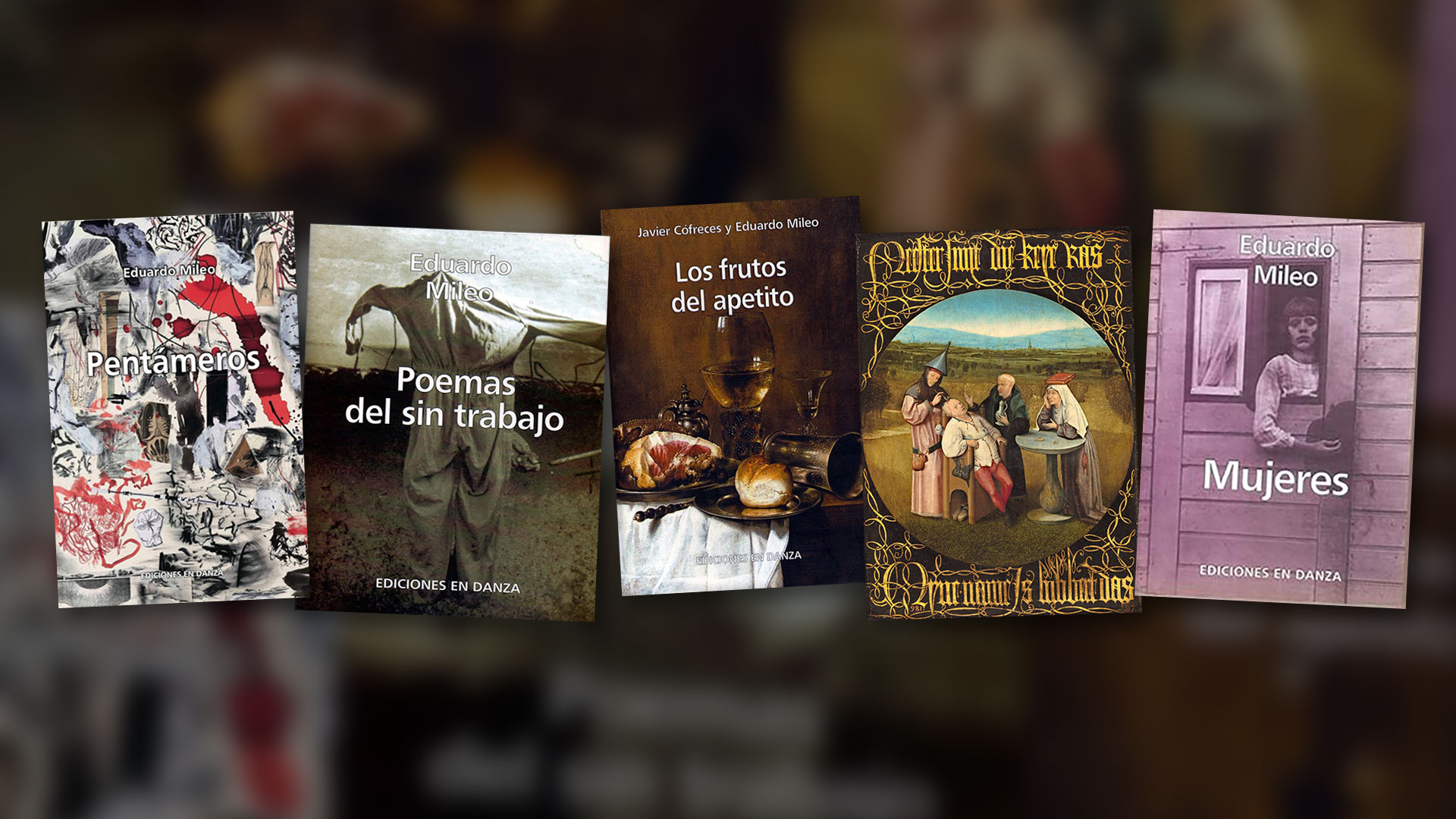 Years of poetry. The books of Eduardo Mileo.

Over time Mileo (Buenos Aires, 1953), has published more than ten own poems, a tension of forms. A poetic prose that looks for the verse and the allegory in his first books and a poetry in verse that yearns for the prose and finds the metaphor, images, from deposed port (1987).

His work also innovates in what the poet calls “generating ideas”- “I am quite open to new ways that mobilize me”-, sometimes experiments. other repetition of resources, which systematize the structure of his books and their variations. As if poetic subjectivity took an aspect of our universe to try to organize it, however, the language of poetry hits him mercilessly and impedes: he messes up and at the same time disturbs, excites, finds some light but discovers its opposite. This has been deepened, for example, in his last two materials; Fog water extraction (2018), “a poetic history of universal painting”, and in pentamers (2021), more than one hundred poems composed of five parts.

Eduardo Mileo’s poetry brings us closer naturally, to later surprise us, to imaginary and real, individual and social spheres, sometimes tender, sometimes cruel. Yes, his poetry feels without disguises, perhaps in the tradition of the poets of the Boedo group, demands and yearns for a better life even if we don’t know when.

The sky is dark.

It is at the bottom of the well.

I see you in the light

of a withered candle.

they have no consolation.

The fate of the

The night turns against you.

It is not known if it is

or the silence that does not leave

I turn off the light. I close

the door and the windows.

* Other “Friday Poems” can be found by clicking here.