Session at the OAS: Argentina condemned Nicaragua for the persecution of the Church and demanded the freedom of political prisoners 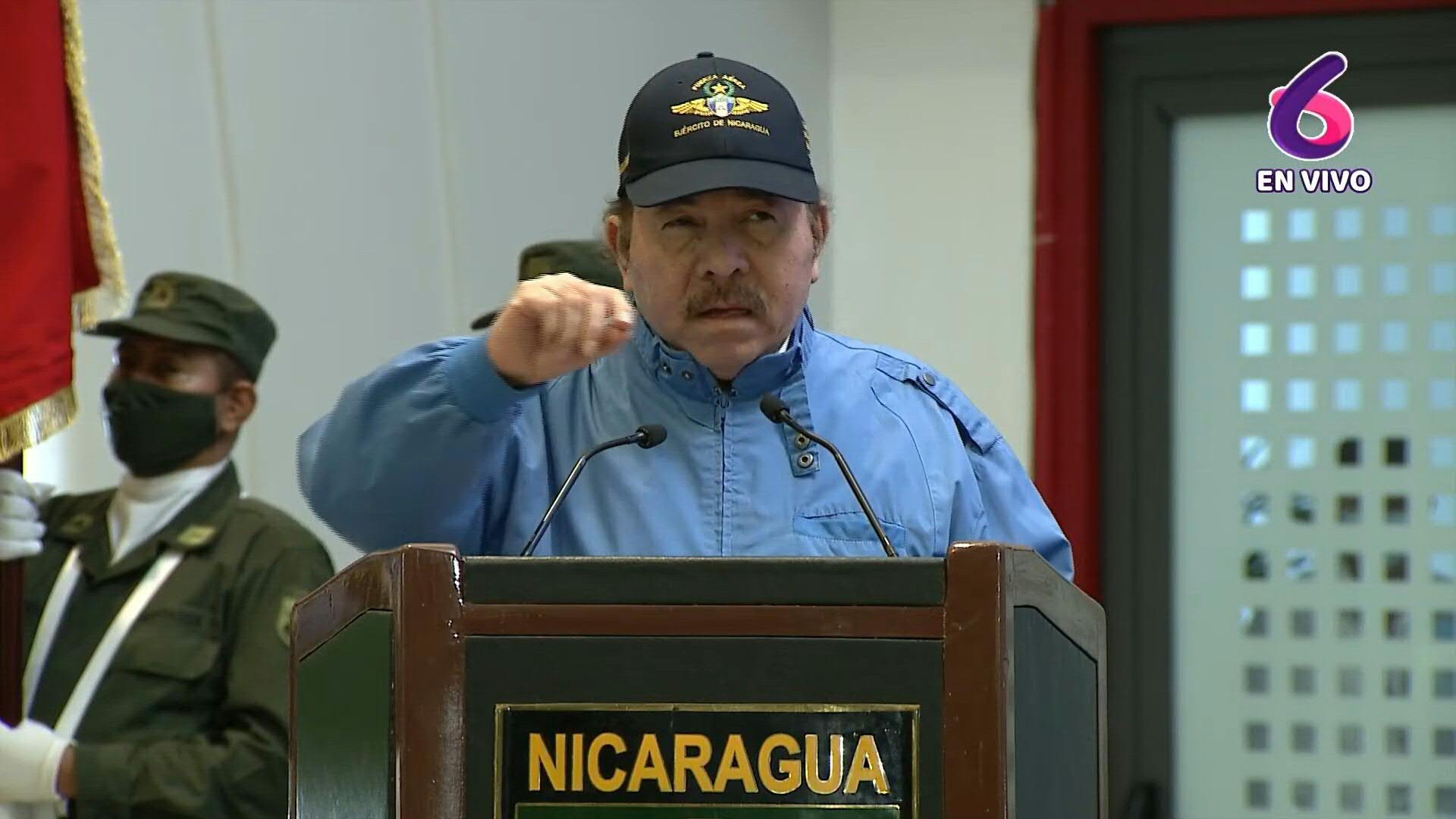 The dictator of Nicaragua, Daniel Ortega, during a speech in Managua

Foreign Minister Santiago Cafiero ordered the Argentine ambassador to the Organization of American States (OAS), Carlos Raimundi, to support a resolution presented by Antigua and Barbuda and accompanied by Canada, Chile, Costa Rica, the United States, Peru and Uruguay, which condemns the religious persecution and press censorship exercised by the dictator of Nicaragua, Daniel Ortega.

The vote was in favor by 27 votes, 4 abstentions, 1 vote against and 2 absences.

Raimundi did not agree with the position of the Foreign Ministry – which complied with the instructions of Alberto Fernández – and missed the diplomatic meeting: instead, María Cecilia Villagra, alternate representative before the OAS, voted in favor.

Ambassador Raimundi did not inform the Ministry of Foreign Affairs that he was ceding his diplomatic responsibility to alternate representative Villagra. It was his unilateral decision.

Among its most important aspects, the resolution approved on Nicaragua establishes the following:

“1. Strongly condemn the forced closure of non-governmental organizations, as well as the harassment and arbitrary restrictions of religious organizations and voices critical of the government and its actions in Nicaragua.

two. Reiterate its insistence that the Government of Nicaragua immediately release all political prisoners, cease the persecution and intimidation of the independent press, and guarantee the exercise of the right to freedom of expression.

3. To renew the offer of the Permanent Council to work with the Government of Nicaragua so that it adheres to the Guiding Letters of the OAS and reestablishes democratic institutions and respect for human rights in Nicaragua, in accordance with international law.” 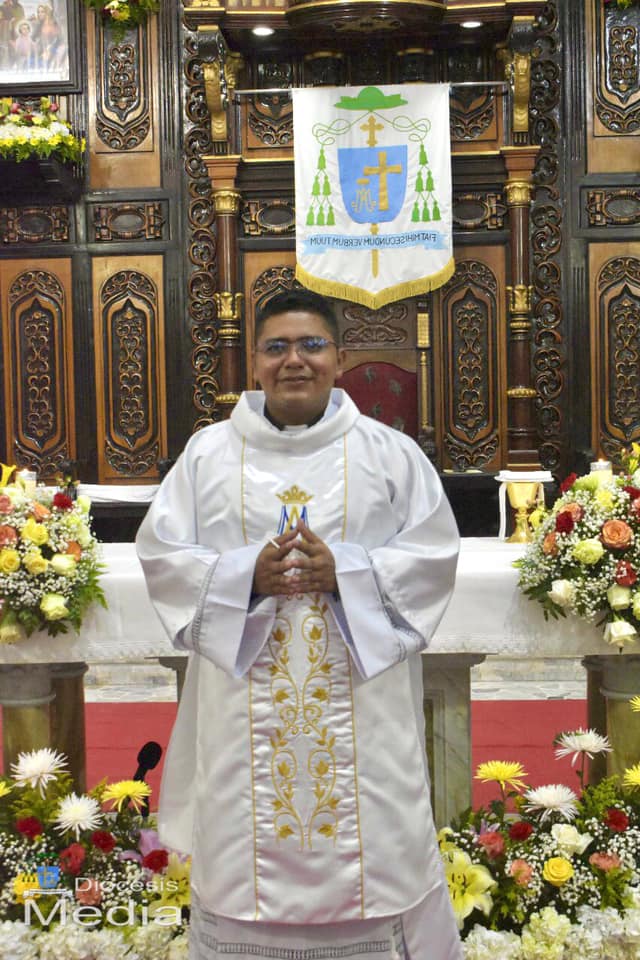 The priest Aníbal Manzanares denounced that the Nicaraguan police – under the direct instruction of Ortega – prohibited his departure from the parish in the municipality of Terrabona (Department of Matagalpa).

Ortega intensified the persecution of the Church of Nicaragua for its constant denunciations against the Sandinista regime, that multiplies the detention of political prisoners, tightens prior censorship of the media and systematically violates human rights.

“My good friends and brothers, just notify you that the Police this morning have notified me that I do not have permission to go out, I cannot go out to the streets, to processions, to activities outside the parish church, so I think they are watching me”, said the priest Anibal Manzanares in a message distributed yesterday on his social networks.

Priest Manzanares belongs to the ecclesiastical community of Terrabona, 70 kilometers from Managua, which, due to Ortega’s political decision, became a scene of constant religious persecution.Rolando Álvarez, bishop of the Diocese of Matagalpa and superior of Manzanares, has already served eight days of illegal detention and was accused of organizing violent groups.

Together with Bishop Álvarez are five other priests, three seminarians and two laymen, banned from their freedom by political decision of the National Police. Those illegally detained are in the Matagalpa Cathedral, which yesterday was guarded by a drone controlled by the Ortega dictatorship. 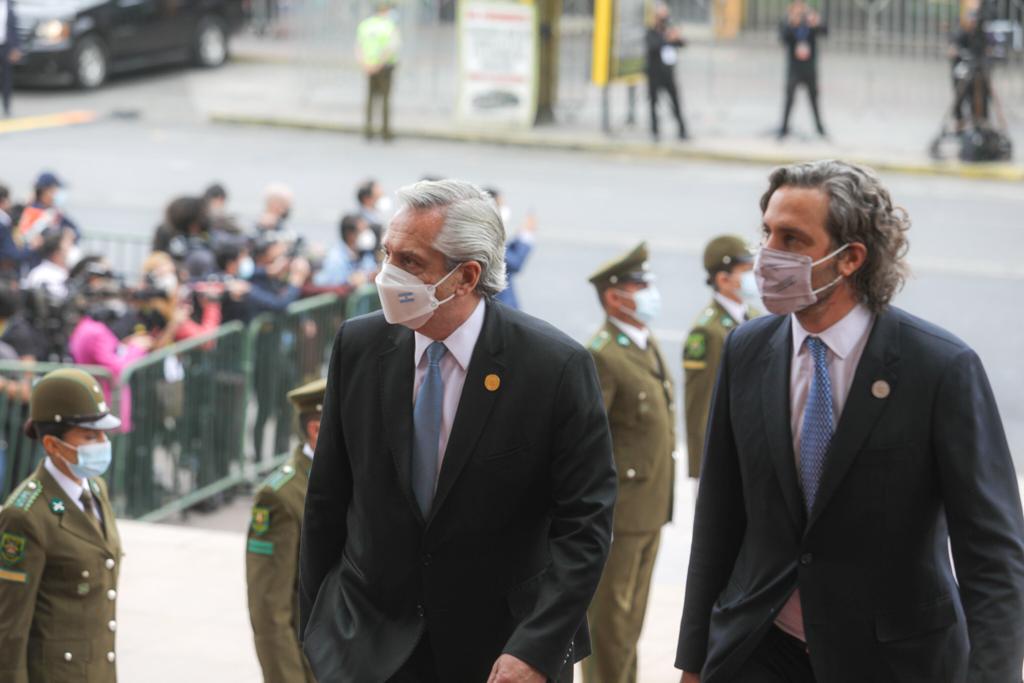 “Deeply concerned that, despite all the exhortations to the Government of Nicaragua —contained in declarations, resolutions and mandates of the OAS General Assembly and Permanent Council— so that it fulfills its obligations in the area of ​​human rights, the atmosphere of oppression has worsened, with a growing number of arbitrary arrests and detentions, the forced closure of non-governmental organizations, the autocratic seizure of the mayoralties of five municipalities whose holders were from an opposition political party, the intensification of the repression of journalists and freedom of the media, and attacks on nuns and priests of the Roman Catholic faith,” supports the OAS decision that Argentina supported along with Chile, Costa Rica, Uruguay, Peru, Canada and the United States.

And the resolution adds: “Aware that this worsening of the situation was confirmed in an oral report dated June 16, 2022 by the United Nations High Commissioner for Human Rights, Michelle Bachelet, and alarmed because The report expresses grave concern because the Government of Nicaragua continues to perpetrate arbitrary arrests and the detainees are in deplorable conditions.”

Alberto Fernández instructed Santiago Cafiero to agree on a common position with Chile and Peru regarding the resolution that was approved -by a large majority- in the OAS. The foreign minister was advancing with the presidential position when he encountered the ideological resistance of Carlos Raimundi, Argentine ambassador to the regional forum.

Raimundi had a long militancy in the Radical Civic Union (UCR) and finally settled on the outskirts of Cristina Fernández de Kirchner. The representative before the OAS proposed that Argentina abstain from the condemnatory resolution supported by Chile, Peru, Uruguay and the United States, among other countries.

After a short and unexpected debate, Cafiero together with Gustavo Pandiani -undersecretary for Latin America and the Caribbean- ended the discussion and instructed the Argentine representation before the OAS to vote in favor of condemning the Ortega dictatorship for persecuting the Catholic Church, censoring the media and multiplying the illegal detention of opposition political leaders who demand the observance of human rights in Nicaragua.

Raimundi resisted until the end, the order of Foreign Minister Cafiero: he did not go to the OAS Permanent Council meeting, and was replaced by María Cecilia Villagra, who voted in favor of condemning the Ortega dictatorship.

The Liaison Table spoke about the meeting with Massa: “The Government has to take measures that generate trust”