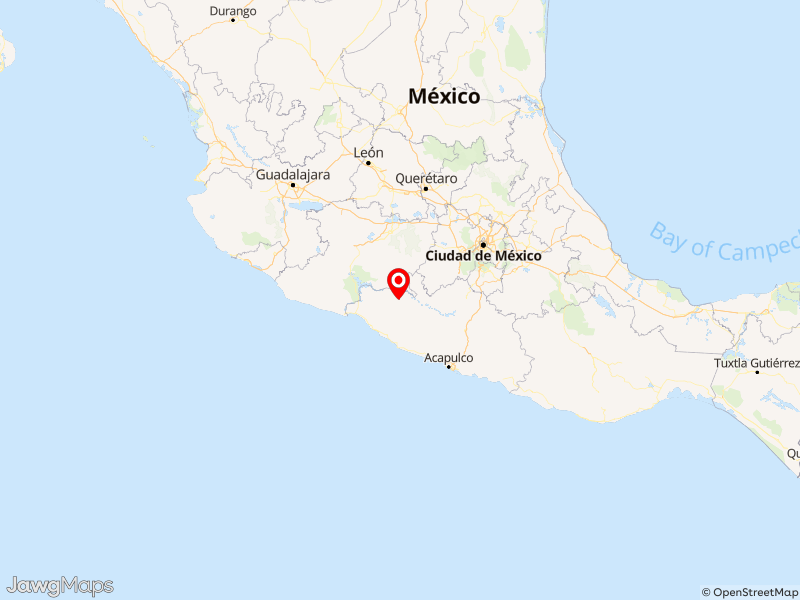 The National Seismological Service (SSN) reported on an earthquake of magnitude 5.1 near Cd Altamirano which occurred at 03:17 local time (08:17 UTC).

Preliminary information indicates that the tremor had an epicenter 34 km west of the city, in the Warrior statuswith a depth of 56 km and was perceived by the inhabitants of the locality.

before a major seismic activitythe National Center for Disaster Prevention (Cenapred) recommends not falling for rumors or false news and only inform yourself from official sourcessuch as the Civil Protection authorities, both local and state, as well as federal.

After an earthquake, check your home in search of possible damage, use your cell phone only in emergency, do not light matches or candles until you are sure that there is no gas leak and remember that earthquake aftershocks may occurso it is important to be vigilant.

You can also follow the following measures before an earthquake: prepares a civil protection plan, organizes evacuation drills, identifies safety zones at home, school or workplace and prepare a emergency backpack.

during an earthquake keep calm and locate yourself in a safety zone, stay away from objects that could fall; if you are in a car, park and move away from buildings, trees and poles; and if you find yourself on the coast, stay away from the beach and take refuge in high areas.

It is worth mentioning that Mexico is at constant risk experiencing an earthquake of great magnitude, such as those that occurred in September of the years 1985 and 2017. Such movements caused misfortunes and, despite being the most remembered, have not been the largest in the country.

During colonial times it happened the strongest earthquake recorded in the history of what is now Mexico. It happened on March 28, 1787, its epicenter was in Oaxaca, it had a magnitude of 8.6. The movement was so violent that it caused not only the earth to shake, but also caused a tsunami that reached 6 kilometers inland.

Experts from the Center for Instrumentation and Seismic Recording (Cires) estimate that it will be possible to repeat similar situations in the near future. These conclusions arose from a study dated 2009 that sought to analyze the aforementioned event. It was then said that there could be earthquakes of a similar magnitude on the coasts of Mexico and Central America. This is because this area has great potential for events of a geological nature, given its location in the so-called Guerrero Gap.

Earthquakes like the one on this day bring to the memory of Mexicans the worst memories of the earthquakes of 1985 and 2017when all of Mexico City and other states were paralyzed before the shocking consequences that each one left.

As for the one in 1985, it occurred on September 19 of that year at 7:19 local time (13:19 UTC), with its epicenter in the state of Guerrero and a magnitude of 8.2. Since then, it was believed that nothing like it would be repeated, but, coincidentally, it happened again exactly 32 years later.