“The court satisfied the request of the prosecution to decree house arrest as a precautionary measure for Marina Ovsyánnikova”the press service of the Basmanni court said in a statement quoted by the Interfax agency.

The 44-year-old journalist must remain under house arrest until at least October 9.

Ovsyánnikova was arrested the day before and her home was searched within the framework of a judicial process on “false” information about the actions of the Russian Army in Ukraine.

The journalist, who could be sentenced to up to 10 years in prison, interrupted the live broadcast of the nightly news (Vremia) on March 14, making proclamations and brandishing a poster against the Russian military offensive in the neighboring country.

On that occasion, Ovsyánnikova was already fined 30,000 rubles ($500), in addition to losing her job. Subsequently, the journalist received two other fines.

In one of the court hearings, Ovsyánnikova described the accusations against her as “fabricated”.

There was no official statement, but The arrest came days after Ovsiannikova demonstrated alone in front of the Kremlin with a banner evoking the death of Ukrainian children during the military intervention in Ukraine and calling President Vladimir Putin a “murderer”.

This demonstration can be punished by a law against the publication of “false information” and “insults” to the army, charges that can carry sentences of 15 years in prison.

Last March Marina Ovsyannikova, then editor of Channel One, was encouraged to do what few are encouraged to do and protested on camera against the Putin regime. When news anchor Yekaterina Andreyeva released a note about relations with Belarus, Ovsyannikovawho was wearing a dark formal suit, suddenly appeared, holding a handwritten sign that read “Not to the war” in English.

Below, the sign read in Russian: “Stop the war. Don’t believe the propaganda. They are lying to you here.” It was signed in English: “Russians against the war.”

The protester managed to say a few phrases in Russian, including “Stop the war!”while Andreyeva, who has been presenting the news since 1998, tried to drown her out by speaking louder.

Later, the channel quickly switched to footage of a hospital.

The incident was a highly unusual security breach at the state broadcaster channel onestrictly controlled. Its flagship 9:00 p.m. news show, called “Time,” has been broadcast since the Soviet era and is watched by millions across the country.particularly by older Russians.

Before the episode, he recorded a video in which he tells the reason behind his protest, and apologizes for lying to Russian citizens. 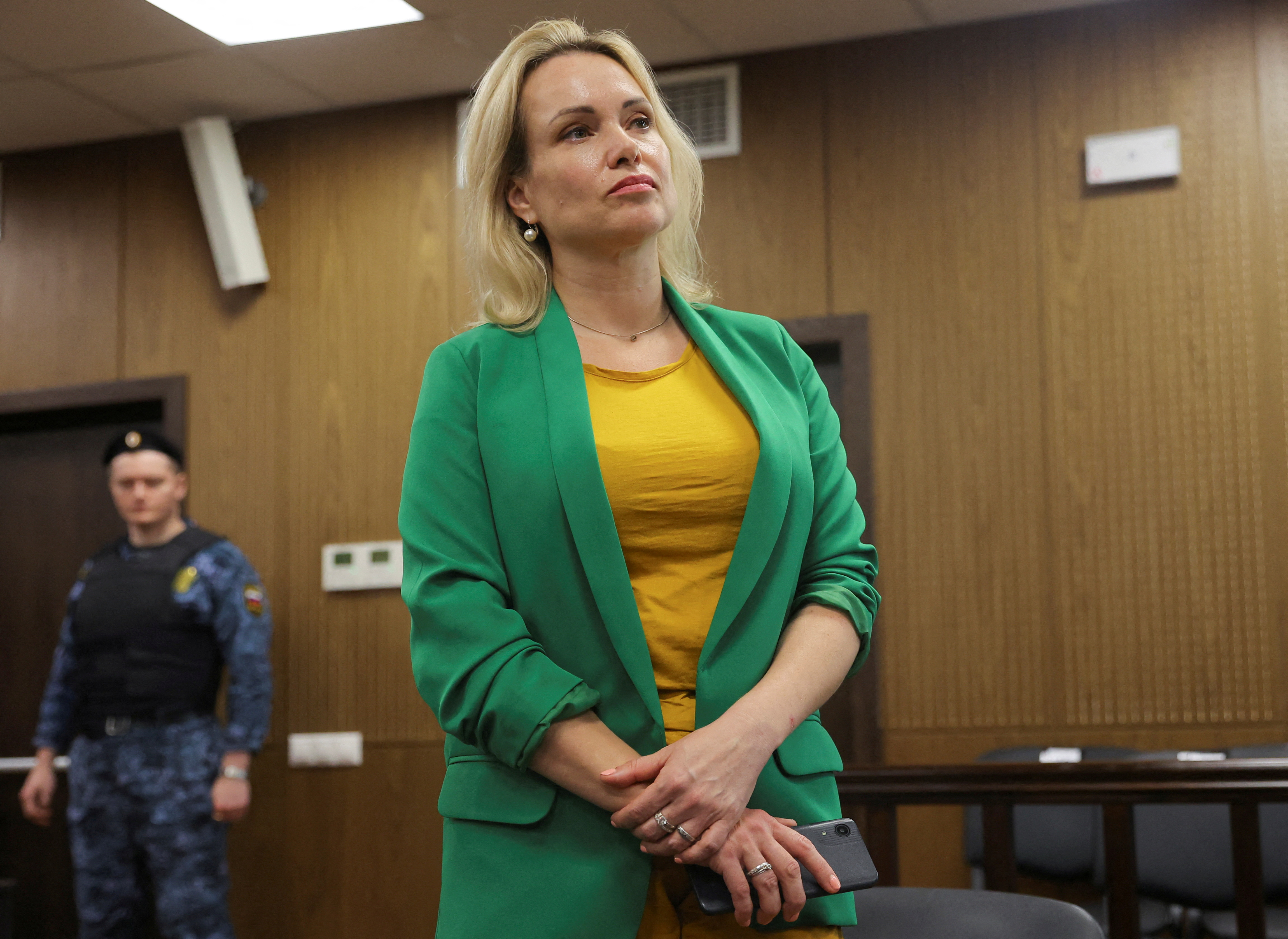 “What is happening in Ukraine is a crime and Russia is the aggressor. Responsibility for this aggression lies with one man: Vladimir Putin. My father is Ukrainian, my mother is Russian, and they were never enemies. This necklace [muestra] Russia, we must stop this fratricidal war,” he says in the 59-second video broadcast on social media.

“Unfortunately, for the last few years I have been working for Channel One. I have been doing propaganda for the Kremlin and I am very ashamed of it: I let people lie from television screens and allowed the Russian people to be zombified”, reveals the editor

And he continues his message: “We didn’t say anything in 2014, when it just started. We did not protest when the Kremlin poisoned Navalny. We simply silently observe this inhumane regime. Now the whole world has turned away from us and ten generations of our descendants will not clean up this fratricidal war.”

“We are Russian people, thinking and intelligent; it is in our power to stop all this madness. Go out to the rallies, don’t be afraid of anything, you can’t put all of us in jail,” he concluded.

The Russians face prison sentences of up to 15 years for disseminating information that contradicts the official government position on the Ukraine invasion, in a step that comes as authorities block access to the foreign press.

Parliament unanimously approved a bill in early March that criminalizes the intentional dissemination of what Russia calls “false” reports.