Video: Colombia did not give up ground against Paraguay and started its participation in the Copa América Femenina 2022 on the right foot


The Paraguayan forward scored a great goal from a free kick to discount against Colombia in the debut of the Copa América 2022 at the Pascual Guerrero Olympic Stadium / (Courtesy: DirecTv Sports)

Around 7:00 pm on Friday, July 8, the ball rolled in Cali (Valle del Cauca) and The Colombian women’s team debuted as the unprecedented host of the Conmebol Copa América in its 2022 edition upon receiving the selected Paraguay in group A of the competition.

The match between coffee growers and Guarani took place in the Pascual Guerrero Olympic Stadium of the Valle del Cauca capital and after the two warm-up games and defeats against the United States in Colorado and Utah, these were the starters called by coach Nelson Abadía and Marcello Frigério for the second game of the day after Ecuador’s 1-5 win over Bolivia:

At minute nine, Paraguay managed to surprise on the left side of the field thanks to the intervention of Carmen Arrieta, who was sent to the corner kick by Catalina Pérez with a slap in the air. The game did not have the VAR technology to make refereeing decisions against dangerous plays.

At 14, a defensive header by María Martínez almost surprised goalkeeper Alicia Bobadilla, who saved the ball in a Guaraní throwback without precision.

Catalina Usme’s stopped ball took a free kick from her left leg and almost surprised Alicia Bobadilla in the angle of her left hand as follows:

At minute 19, Linda Caicedo tried to surprise Bobadilla with a right shot from outside the area that went over the vertical of the Paraguayan goalkeeper.

Daniela Montoya converted the first goal of the match at minute 20 after a ball that seemed lost for Linda Caicedo, but that led to a series of rebounds that the Colombian player took advantage of without inconvenience to send the ball to the back of the net:

At 21 minutes the Tricolor opened the scoring at the Pascual Guerrero. Taken from Directv.

While Colombia celebrated the first goal of the night, Paraguay woke up at minute 27 with the best score of the day. A free kick shot from almost 20 meters away executed by Jessica Martínez hit the left hand corner of the goal defended by Catalina Pérez, who was unable to stop the powerful shot:

The Paraguayan 10 scored an impressive mid-range goal in the 27th minute of the game / (Courtesy: DirecTv Sports)

Colombia was able to retake the lead in the match at minute 33 after a brilliant recovery down the left wing by Manuela Vanegas, which allowed Catalina Usme to send a center with a camber so that Mayra Ramírez headed alone and scored the 2-1 partial in the stadium Olympian Pascual Guerrero: 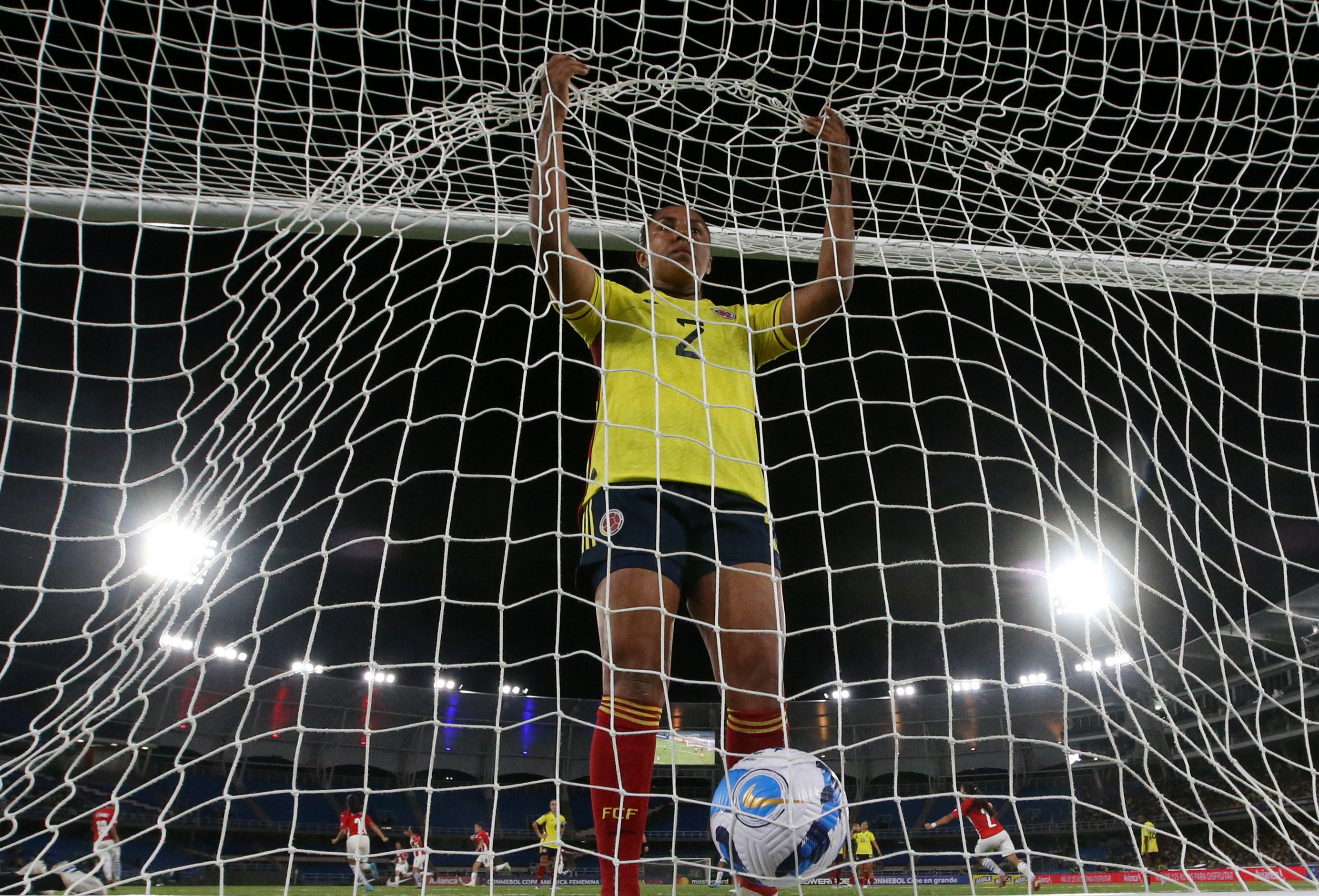 At minute 58, Colombia had the opportunity to increase the difference in the scoreboard thanks to a recovery in the Paraguayan midfield. Leicy Santos was able to filter a pass down the left wing to Linda Caicedo and in the “heads up” the Guaraní defense could not coordinate to stop the ball, which was served to Daniela Montoya to push the 3-1 in Cali:

The Colombian converted her double by taking advantage of a clearance rebound inside the Paraguay area at minute 59 of the commitment / (Courtesy: DirecTv Sports)

The 4-1 of the night in favor of Colombia came in the 82nd minute after a center by Leicy Santos in which Manuela Vanegas beat Hilda Riveros with her back and headed in the last goal of the day in the Valle del Cauca capital:

Vanegas’s header made him regain confidence in the tricolor squad on date 1 of group A against Paraguay / (Courtesy: DirecTv Sports)

The discount for Paraguay that led to the final 4-2 on the board was converted by Fany Gauto appealing again to the set piece. The attacker from Independiente Santa Fe took confidence and accommodated a left-footed shot from the bar to beat Natalia Giraldo for the second best goal of the match:

The Paraguayan forward scored a great goal from a free kick to discount against Colombia in the debut of the Copa América 2022 at the Pascual Guerrero Olympic Stadium / (Courtesy: DirecTv Sports)

This is how the table of positions of group A goes on the first day in which Chile rested:

The next game that the tricolor team will face will be on Monday, July 11, also in Cali, playing against Bolivia at 7:00 pm local time.

“I have to take on a very big responsibility”: Néstor Lorenzo breaks away from Melgar and already thinks about the Colombia team
The fans of Atlético Nacional rejected the decision of the directives not to renew Gio Moreno