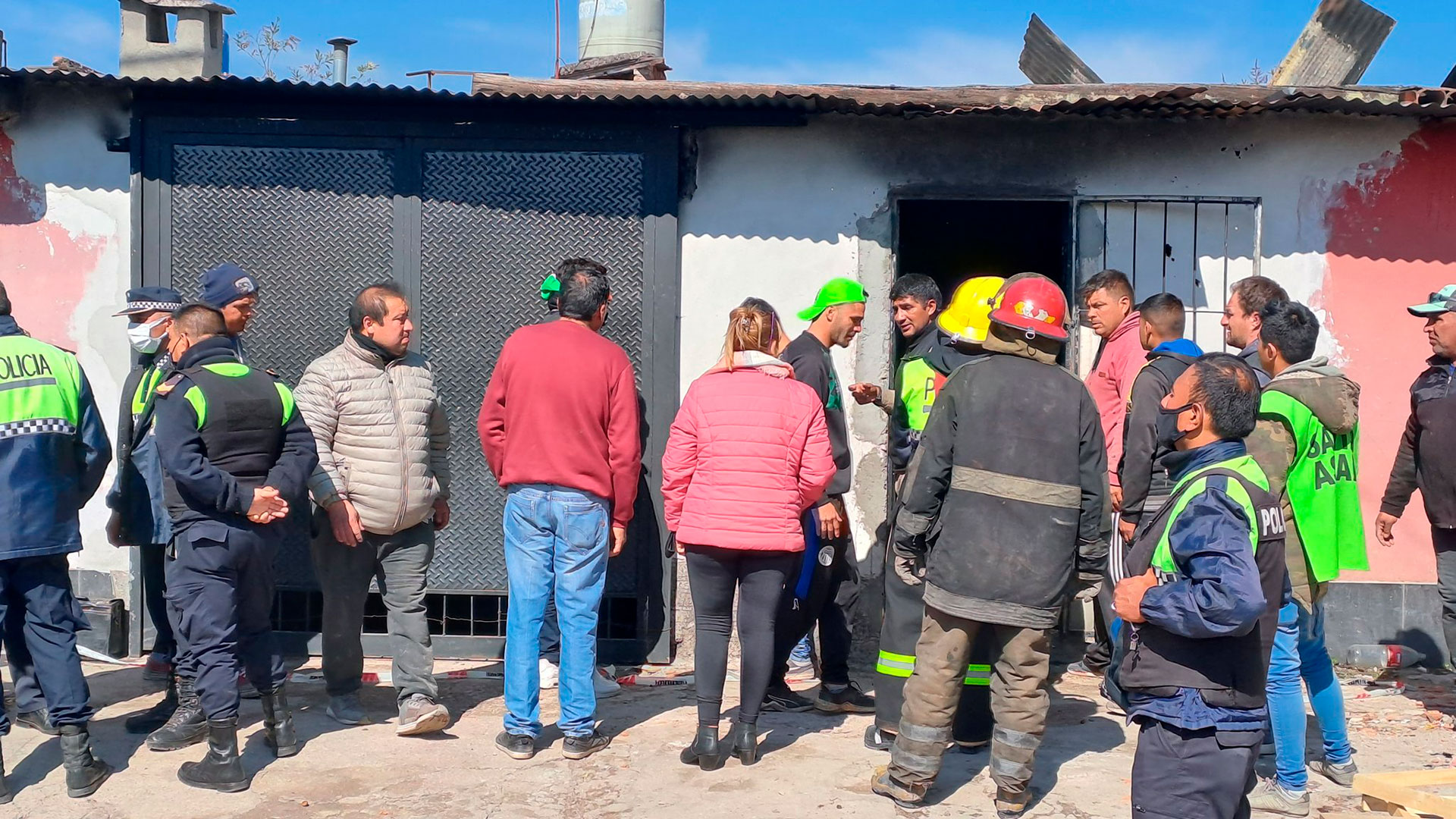 Firefighters and police officers working at the scene of the fire

Two children aged 2 and 4 died after being trapped in a fire that occurred at his home located at the intersection of Matheu and Lincoln streets south of the capital of the province of Tucumán.

The incident occurred around 9 in the morning on Wednesday when, for reasons that are still under investigation, a house was engulfed in flames. Noticing the situation, a group of neighbors approached the property with the purpose of rescuing those who were inside..

Three other families who helped to be able to enter the house, taking into account that at that time the gate was closed. After managing to break it, it was the neighbors themselves who They rescued two other minors who had been trapped in the middle of the fire.

Due to the fire, the firefighters were immediately called who, in addition to verifying the death of two children, warned that three other people had suffered a beginning of suffocation product of smoke inhalation.

The fire, whose origin is currently unknown, it would have started in one of the rooms of the house. “It is a terrible tragedy, there was a lot of fire, a lot, and a single door of 80 centimeters and a window of one meter by one meter. It was not possible to enter, we removed the gate with our hands”, Said a neighbor in statements to local media.

as far as you know Infobaewho came first was San Miguel Volunteer Fire Stationthen the General Division of Firefighters of the Police of Tucumánand finally those of the spring, so when they arrived just minutes later, the fire was already under control.

Consulted by this means, from the San Miguel barracks they clarified that upon arrival at the place, “The incident was semi-controlled” thanks to the quick action of the neighbors. “We meet a veneer lift”, clarify the firefighters.

They also denied that the children were alone, and clarified that were in charge of the grandmother, who came out of the fire unharmed. According to the first lines of investigation, the strongest hypothesis that investigators handle to clarify the case would point to a short circuit as the beginning of the incident.

In Tucumán, a soccer coach was sentenced to 6 years in prison for abusing a player
After the pandemic, the Tucumán International Literature Festival returns
They captured in Tucumán a Romanian member of a mega-gang who robbed banks in Spain: the family of his Argentine girlfriend sheltered him