Melgar would make changes to visit Internacional for the Copa Sudamericana.

Melgar will collide with today Porto Alegre International in the second leg of the South American Cup. The ‘León del Sur’ plays his ticket to the semifinals of said contest, for that reason the coach Pablo Lavallen he would prepare defensive changes to counter the Brazilians at the Beira-Rio stadium.

Nevertheless, Pablo Lavallen I would make mostly defensive variants. The ‘Domino’ strategist will bet on the experience of Leonel Galeano replacing the young Matías Lazo in the rear. On the other hand, the Argentine Pérez Guedes will leave the team and Walter Tandazo will take his place. The latter is a footballer with recovery characteristics. 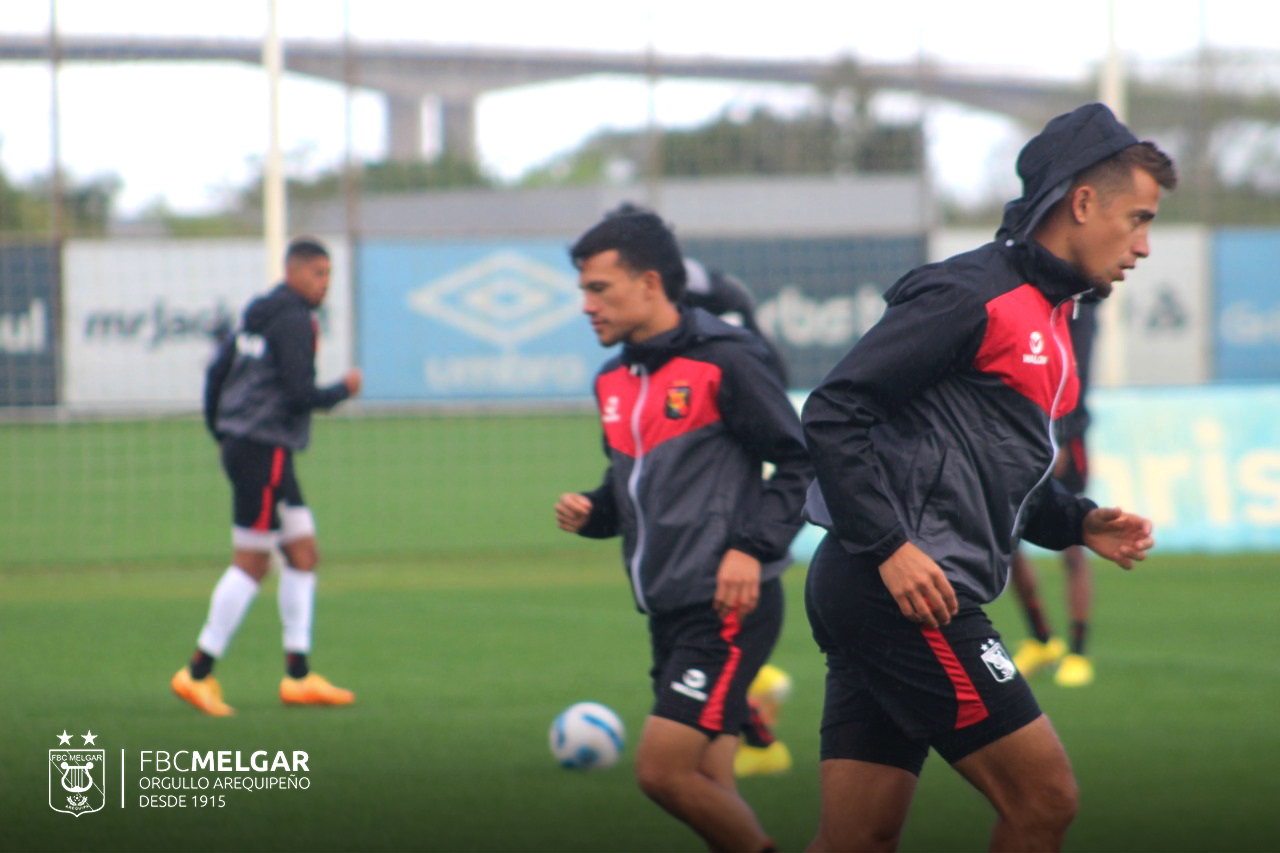 The journalist David Chávez of Movistar Deportes reported that Christian Bordacahar would not start and would be replaced by Johnny Vidales. And it is that in the middle of the week, Lavallén gave a press conference and maintained that the Argentine winger suffered a sprain and for prevention did not participate in training.

However, as the coach of the Arequipeños stated, they would wait for ‘Chapu’ because “he is an important piece”. According to Camila Zapata, a reporter for DirecTV Sports. Bordachar will start, because he overcame his discomfort and will be part of the ‘characatos’ offensive trident.

An important fact is that Cristian knows what it means to mark Brazilian clubs with a ‘red and black’ shirt. First, in 2021, he scored Athletico Paranaense. And in this edition of the Copa Sudamericana, he scored a brace against Cuiaba on the last day of the group stage. The bad thing is that he could only celebrate in the white city and not as a visitor. 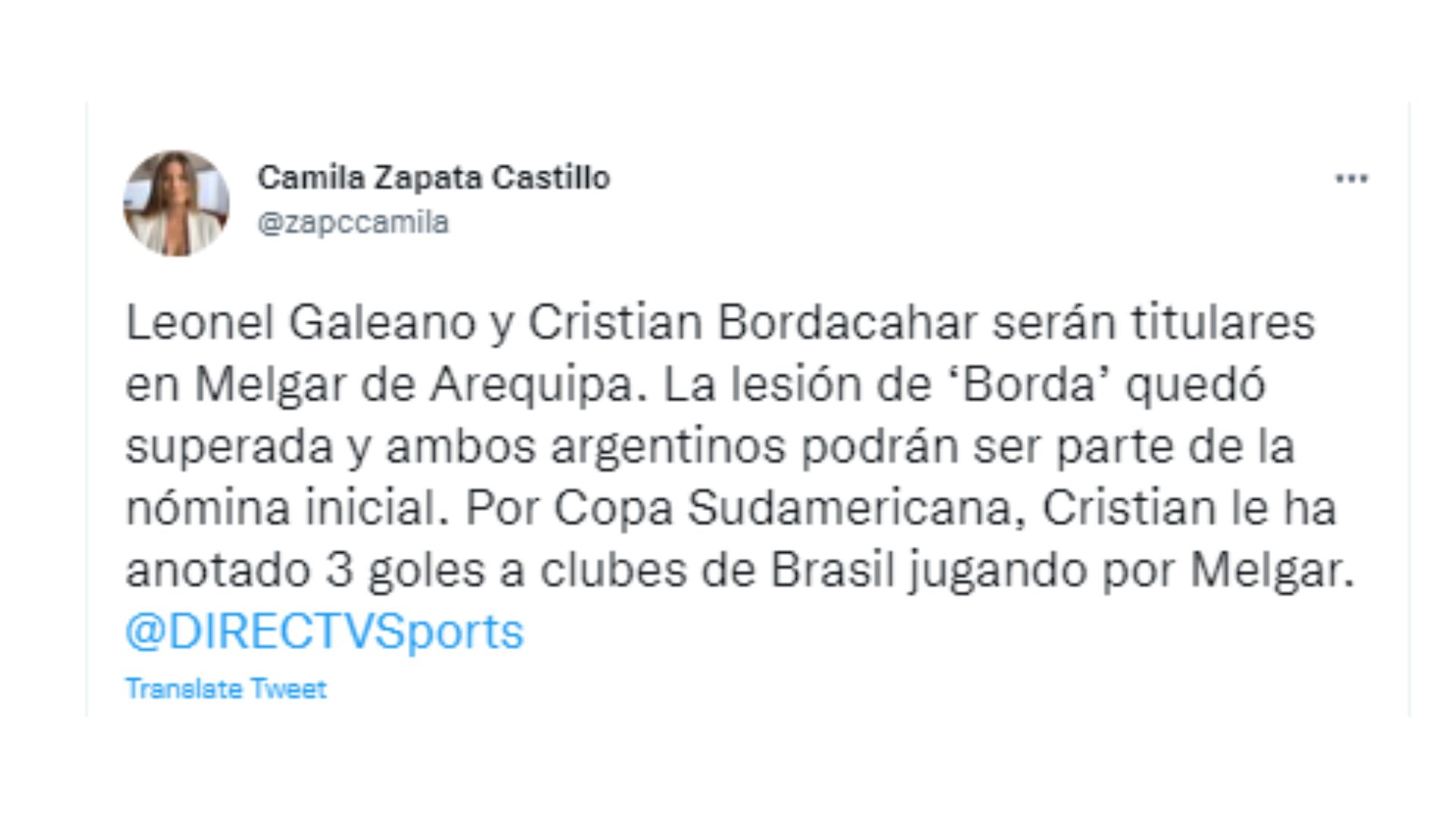 So this would be the possible starting eleven for Melgar: Cáceda, Ramos, Deneumostier, Galeano, Reyna; Orzán, Arias, Tandazo; Cabrera, Bordacahar, Cuesta. A clear 4-3-3 to give him more midcourt balance to the back and do damage up front with fast players.

Part of Melgar’s success in this Copa Sudamericana is due to the encouragement of the fans. The people of Arequipa supported Néstor Lorenzo at the time and now Pablo Lavallén. He made flags outside the concentration hotel in the white city and also fired the staff at the Jorge Chávez airport. Likewise, a group of fans accompanied the team to Brazil and will be present at Beira-Rio to leave their souls in the stands. 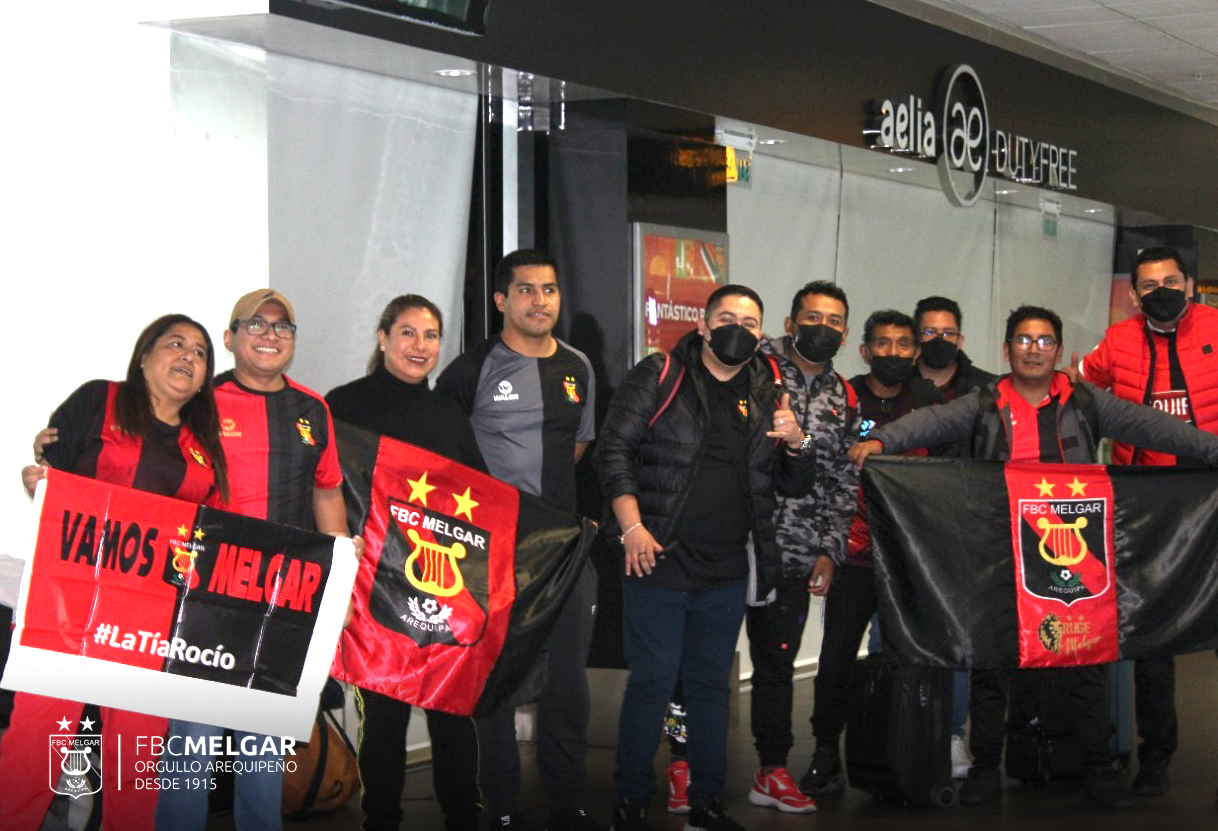 In Peru, the actions of Melgar vs. Internacional will begin at 5:15 p.m. and the second leg of the Copa Sudamericana will be broadcast on ESPN. If you are in another country in South America, check the hours and channels: