Federico Gutiérrez denounced that they are threatening him through social networks 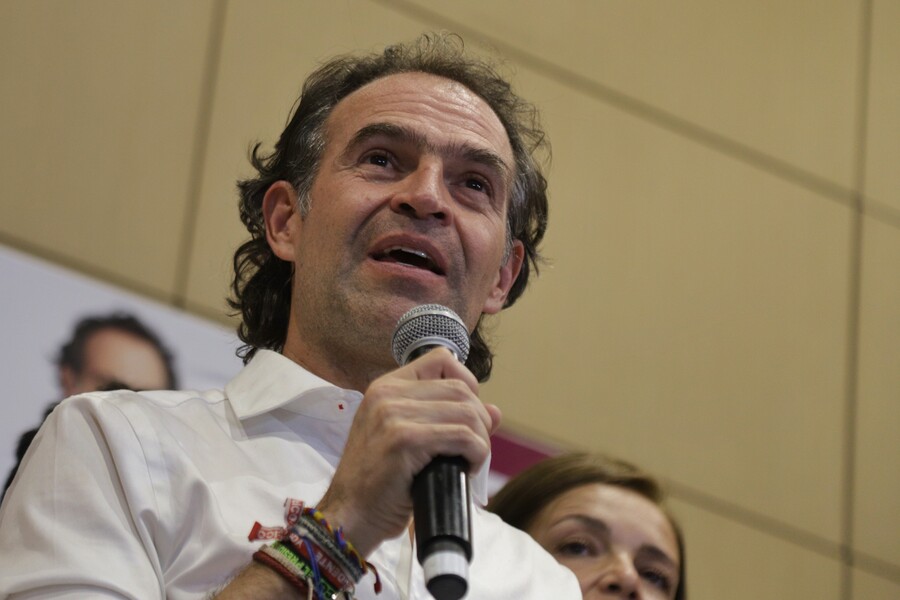 Federico Gutiérrez, former presidential candidate of the Team for Colombia, reported being the victim of a death threat by a social network user, who used foul language to address the former mayor of Medellín. This is not the first time that the man from Antioquia denounces threats, for which he also tagged the Attorney General’s Office and the National Police so that they are aware of the situation.

“This is how we go… This is how this citizen threatens me through networks. What level of violence? So much hate”. @FiscaliaCol @PoliciaColombia 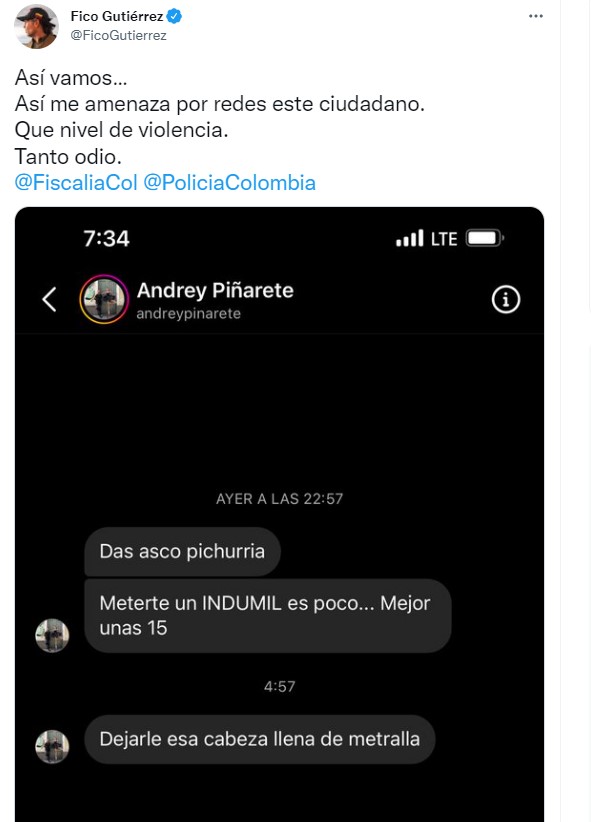 Gutiérrez received the solidarity of many citizens in the comments, highlighting above all that of his former vice-presidential formula in the last presidential elections, Rodrigo Lara Sánchez, who said: “All solidarity @FicoGutierrez, violence is not justified, nor intolerance to those who think differently.”

You may be interested in: Due to combats between the Gulf clan and the ELN, there are more than 600 displaced in the south of Bolívar

Federico is one of Petro’s main opponents since before they became political rivals in the elections that prior to the first round put them both as the optioned to reach the second round, however, the calculation failed and who would give The step to the second instance with Petro would be the engineer Rodolfo Hernández, relegated to being the second most voted candidate in the final elections in which Petro won.

Although with uncertainty, ‘Fico’ wished the new president Gustavo Petro that he succeed in his mandate, trying to be able to govern for all Colombians, while in the same comment he thanked the management of the Duque government who handed over power last Sunday, August 7.

“Today I want to thank President @IvanDuque and his government team for their work for Colombia during these 4 years. I wish that President @petrogustavo succeeds and governs for all. The uncertainty is great. We will make a serious and responsible opposition, he commented.

Can read: Merchants of a traditional Medellín market would have laundered money for the Gulf clan

The opponent has also been one of the many who reacted to the announcement of a salary increase for congressmen, which was decreed by former President Duque, but which became effective until this week, coinciding with the start of the Petro government.

For many, Federico Gutiérrez was not aware of the increase made by Duque and proceeded to question the newly installed president: “And so much so that they said they were the change. Everything they questioned and criticized harshly, today they do like it because it is for them. They cheated Colombia.”

During the presidential campaign ‘Fico’ disclosed to the authorities a threat that came from the ‘Black Eagles’. The message came to him in a pamphlet in which he said: “It is time for the terrorists dressed in ties, just like the journalists at the service of the dirty war and the active military, to know that their time has come and that we will not tolerate one more of the murderers of our peasants reaching public office. with the backing of the treacherous government, but there will no longer be anyone in Colombia who allows the homeland to continue bleeding to death.”

By then, Gutiérrez’s campaign manager commented on the situation, stating that “They have already been brought to the attention of the Police and the Prosecutor’s Office, and we hope to continue fighting for the country. We are reassured that our alliance is with Colombians and not with criminals.”