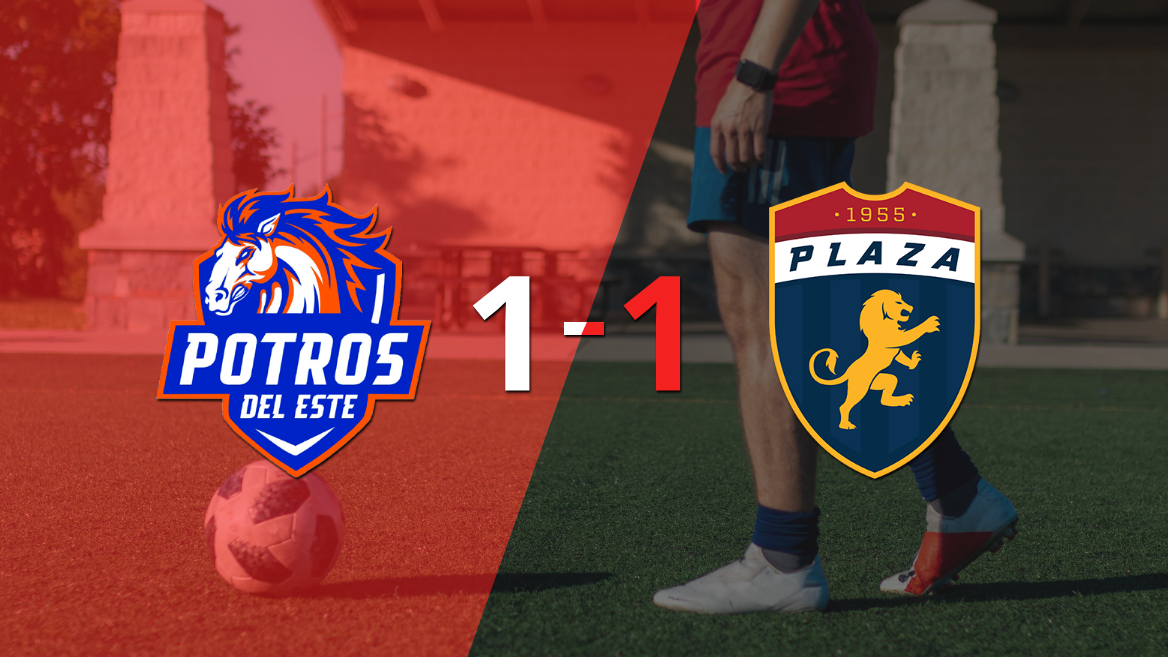 The match held this Wednesday between Pot. del Este and Plaza Amador, ended with a tie at one between both contenders.

With a goal from Ricardo Buitrago, from a penalty kick, they began by winning the visit at the end of the second half, however at 92 minutes of that stage Josue Luna managed to equalize for the locals.

Josue Luna was the figure of the match. The forward of Potros del Este scored 1 goal.

Another important player in the match was Ricardo Buitrago. The midfielder from Plaza Amador was the author of 1 goal.

For their part, those led by Jorge Dely Valdés stopped with a 4-5-1 scheme with Emerson Dimas under the three sticks; José Rivas, Emmanuel Chanis, Manuel Gamboa and José Murillo in defense; Abdul Knight, Daniel Aparicio, Ricardo Clarke, Jesús González and Ángel Orelien in midfield; and Leonel Tejada up front.

The judge selected for the match at the Javier Cruz stadium was Jorge Leira.

Pot. del Este will visit Sporting SM on the next day. Likewise, Plaza Amador will play as a visitor against Alianza FC.

After the match, the local team is left with 7 points and in fifth place in the standings. While the visit has 8 units and ranks second in the tournament.