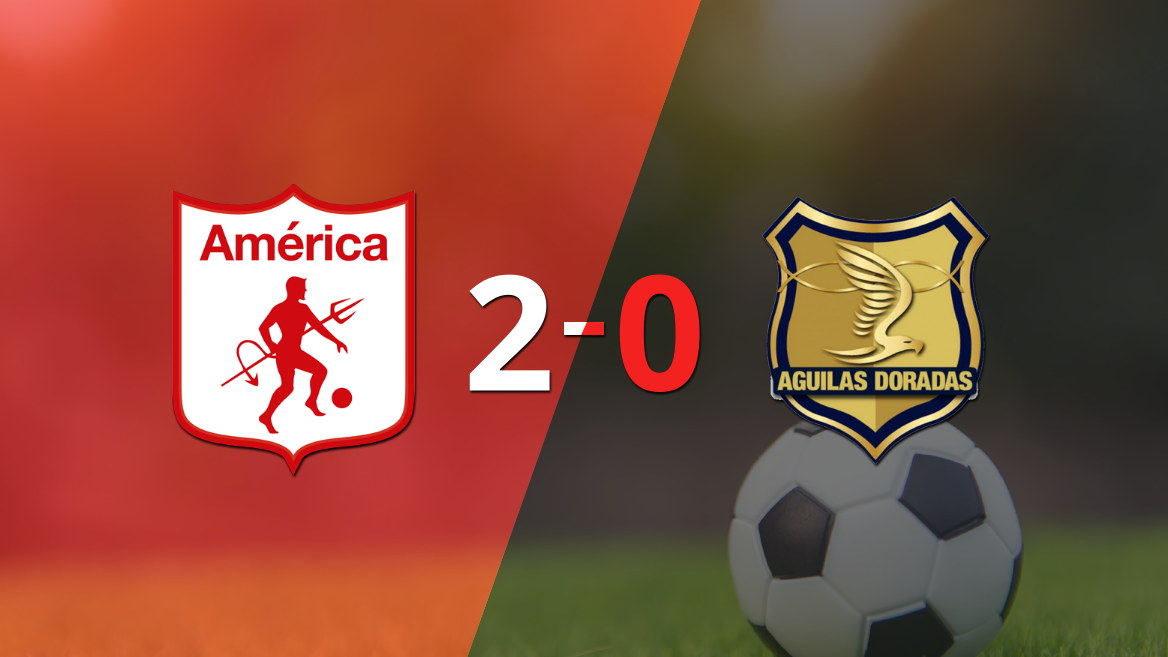 By date 6 of the Colombia – Liga Betplay II 2022 tournament, the Red Devils were superior and took all three points against a lackluster rival. The goals for the locals were scored by Gianfranco Peña (18′ 1T) and Daniel Hernández (41′ 1T).

The best player of the match was Déinner Quiñónes. The América de Cali midfielder was precise with 62 effective passes and stole 3 balls.

Juan Portilla was another of the key players. The América de Cali midfielder was precise with 85 effective passes and stole 6 balls.

Midfielder Robinson Flores of Águilas Doradas Rionegro humiliated his brand by throwing a stupendous pipe at 59 minutes of the second stage.

The constant interruptions made for a locked game, which was marred by fouls. There were a large number of cautioned: John García, Sebastián Rodríguez, Adrián Ramos, Kevin Castaño, Jesús Rivas and Marlon Torres. Juan Valencia was expelled for a direct red card in the 13th minute of the first half.

Luis Matorel Martínez was the referee who directed the match at the Pascual Guerrero Olympic Stadium.

The next game of the Red Devils in the championship will be as a visitor against La Equidad, while the Young Team of Antioquia will host Millonarios.

With this result, the host of the match reaches 6 points and is in thirteenth place. For its part, the away team remains at 5 units and is in sixteenth place in the tournament.