Video: they rescue a Colombian miner who spent 10 days in a sinkhole in the Dominican Republic 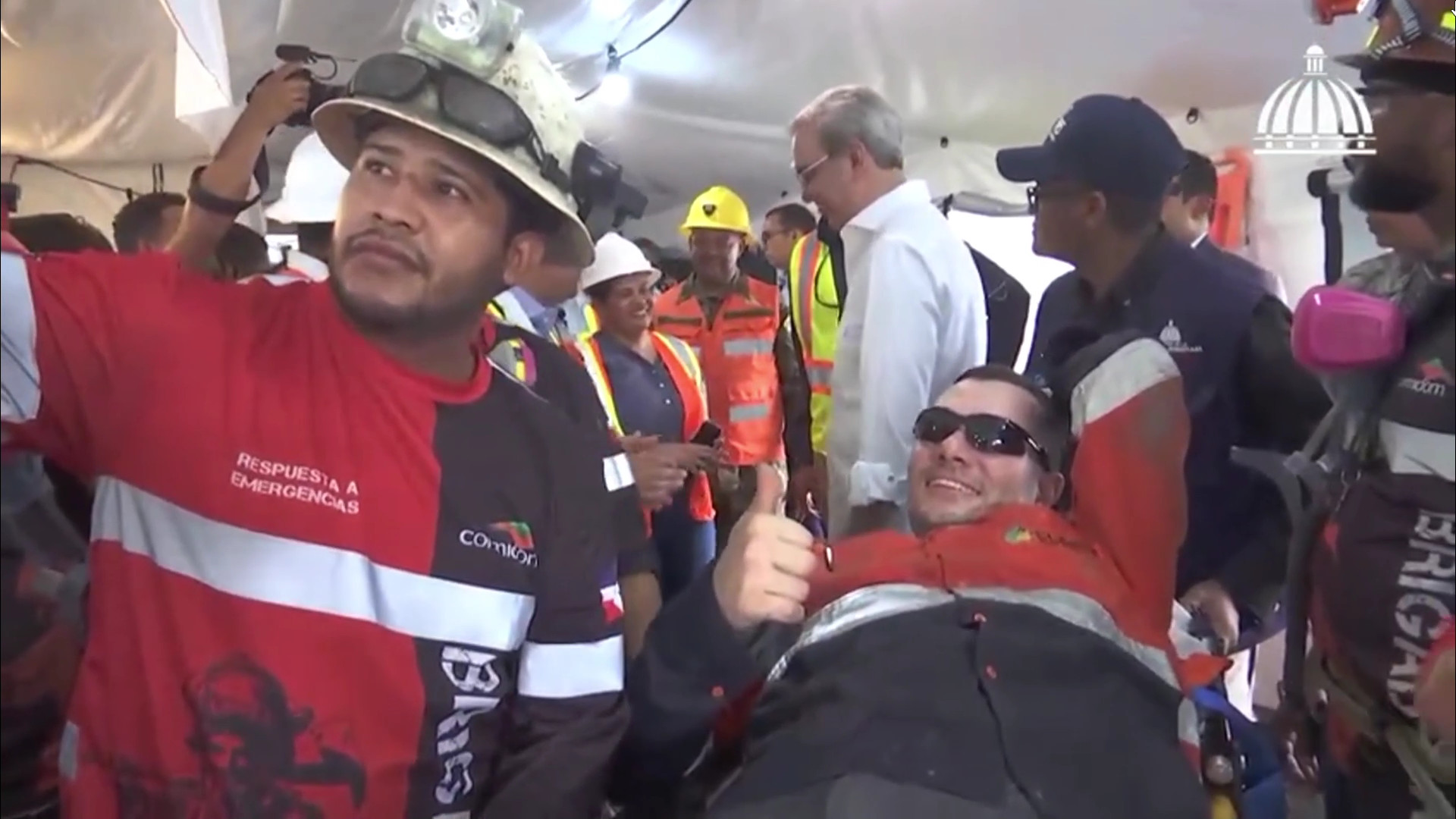 A heartfelt welcome was received by the Dominican Gregory Méndez and the Colombian Carlos Yépez after having remained since July 31 in a mine shaft in the Dominican Republic, after a landslide occurred at the site.

“We were in good conditions in the tunnel with ventilation, food and we were sleeping comfortably. That made our stay there not so bad, because the first few days were heartbreaking”, Yepez said.

After a complex rescue operation, which took 10 days, the two workers were extracted from the mine Cerro de Maimón without suffering serious injuries, and were received by the president of the Caribbean country, Luis Abinader, who led a prayer after the incident.

And it is that what happened generated the solidarity of the Dominican citizens who were awaiting the fate of the two miners during the last week.

“The rescue occurred at 11:16 in the morning (…) after accessing them through the new diversion tunnel referred to as Rescue Route B, one of the two routes that had been created since the beginning of the recovery plan. bailing out”, The Dominican Mining Corporation (Cormidom), which operates a Canadian concessionaire, reported in a statement.

More than 70 expert miners in underground mining from Cormidom participated, while the rescue team was supported by 40 technicians in areas of geology, geotechnics and mining engineering in the Dominican Republic, Australia, the United States, Mexico, Colombia and Peru.

Even it was necessary for a Canadian military aircraft to be sent on Sunday with 26 tons of machines, tools and technology for this rescue.

President Abinader published a video in which he greeted Méndez and Yépez, who appeared smiling and with good faces. “The whole country was watching you, very happy,” the president told them.

Carlos Yépez was trapped, along with his co-worker Gregory Méndez, for 10 days in a mine shaft in the Dominican Republic.

Meanwhile, Paul Marinko, president of Cormidom, thanked the two men and their families “for the patience and trust placed in the rescue efforts”, while applauding “the efforts of all the experts who worked tirelessly until bringing them alive to the surface.

From the first moment, the company paralyzed the extraction operations of the mine to focus all its resources on the rescue of Méndez Torres and Yépez Ospina.

(With information from agencies)