Vibrant 2-2 between Sporting FC and Alajuelense 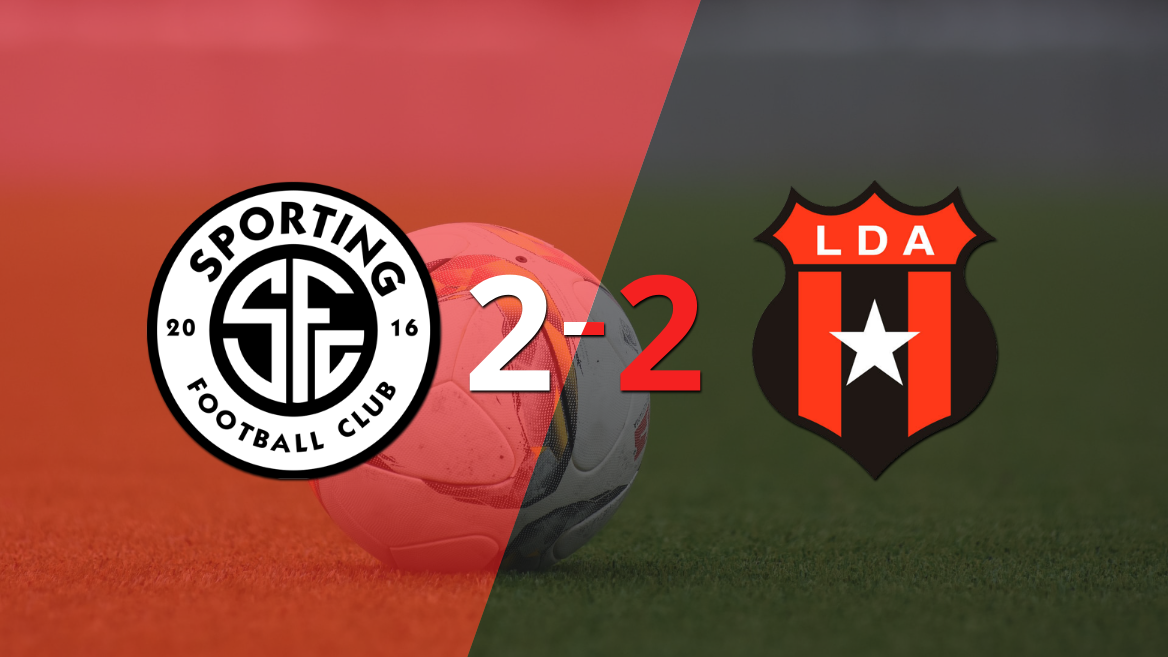 The match played this Tuesday at the Ernesto Rohrmoser stadium and between Sporting FC and Alajuelense ended with a two-way tie between both contenders.

Aarón Suárez earned applause with his brilliant finish 14 minutes into the second half. With a center from Freddy Góndola, the midfielder defined with an accurate kick in the opposite goal, from the large area.

Alexis Gamboa had a great performance. The Alajuelense defender was important by converting 1 goal and rejecting 7 dangerous balls.

Randall Azofeifa also had a good performance. The Sporting FC midfielder made 2 correct passes and was encouraged to kick 4 times.

The match was fought, but there were more infringements than the creation of fair play. There was only one card, in the 64th minute of the second half Brian Martínez received a yellow card.

For its part, Fabián Coito’s team came out with a 4-4-2 tactical arrangement with Leonel Moreira under the three sticks; Ian Smith, Alexis Gamboa, José Cubero and Aubrey David on defense; Alexander López, Celso Borges, Bernald Alfaro and Aarón Suárez in midfield; and Freddy Góndola and Johan Venegas up front.

Pedro Navarro Torres was the referee chosen for the match at the Ernesto Rohrmoser stadium.

On the next date, Sporting FC will visit Herediano and Alajuelense will play away against Santos.