The first female Big Band of Bogotá already has 18 members 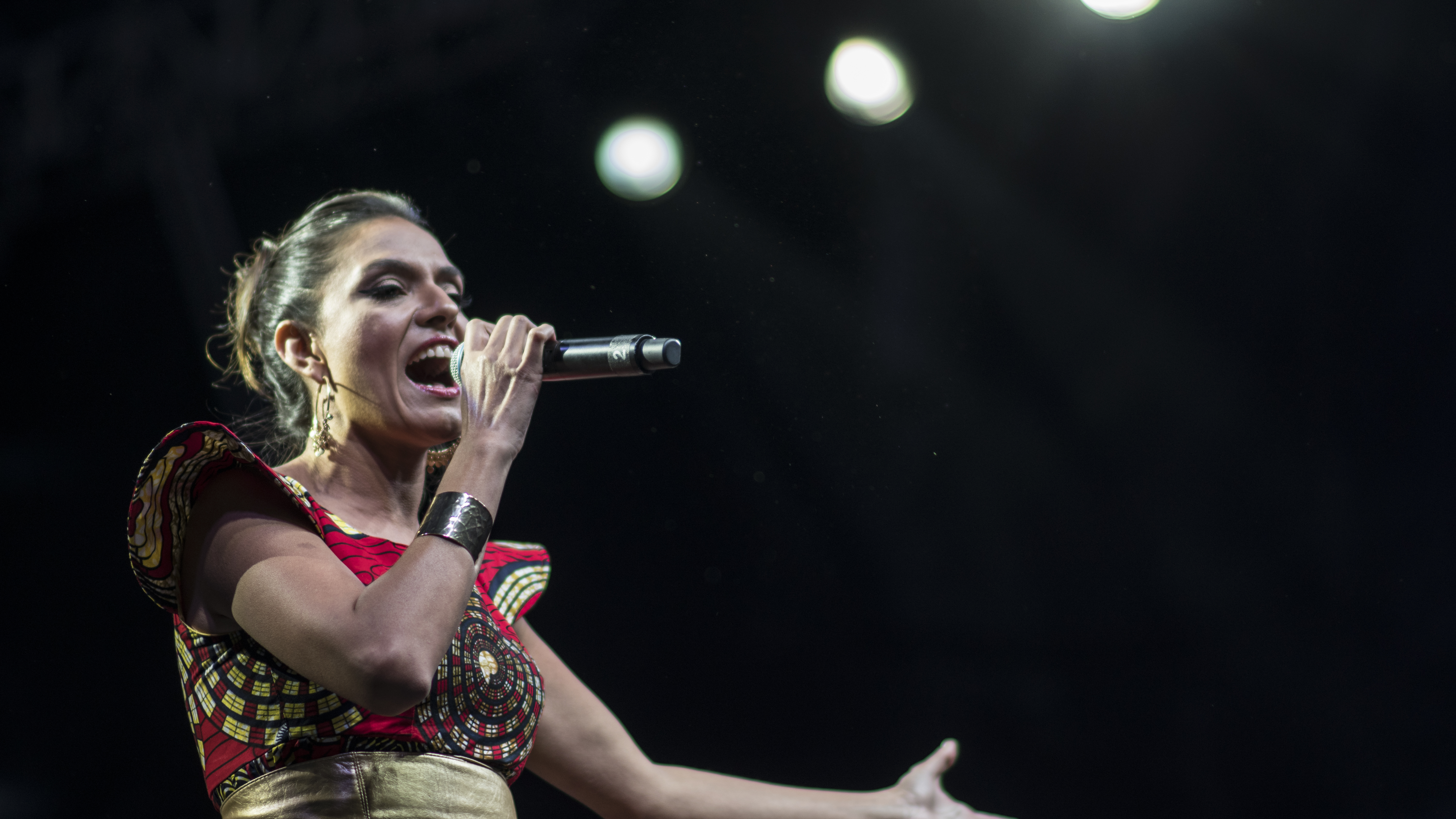 93 performers appeared in the first public call to be part of the Women’s Big Band, which will be present at the 25th edition of Jazz al Parque on September 17 and 18. Photo File Infobae

After a demanding evaluation of musical trajectory, an interpretation test and an audition, the Calls Area and the Musical Management of the District Institute of the Arts (IDARTES) 18 women arrangers, composers and performers were selected to be part of this format and musical commitment that will dazzle Colombians on the 25th anniversary of the edition.

For the selection process, those responsible for making the decision were the juries: the saxophonist William Alexis Rojas, the pianist, teacher and composer Francy Lizeth Montalvo and Jorge Iván Sepúlveda, drummer, composer, teacher and musical researcher.

The person in charge of programming the festival, Daniella Cura, spoke about the call, the selection process and the result that has reflected the interest on the part of the 93 performers who performed in Bogotá and the future in this musical genre.

“In Colombia it is perceived that jazz is music for a minority and it is not taken into account that jazz is precisely one of the most encompassing, mutating and universal languages. Seeing the comments of the juries highlighting his excellent interpretive level realizes that there is a whole generation of talent to discover in the countries”

During the preselection, several aspects and elements were taken into account. expressive and interpretive, the concepts transmitted in the videos provided for the evaluation, the quality and balance in the use of the sound possibilities of the instruments. Others evaluated originality and creativity in free interpretation.

For the jurors this call It was a pleasant surprise when observing the number of participants, considering that it is the first time that the district has made a public invitation for a female Big Band in Bogotá.. Likewise, they highlighted clear evidence of the interpretive talent that exists. 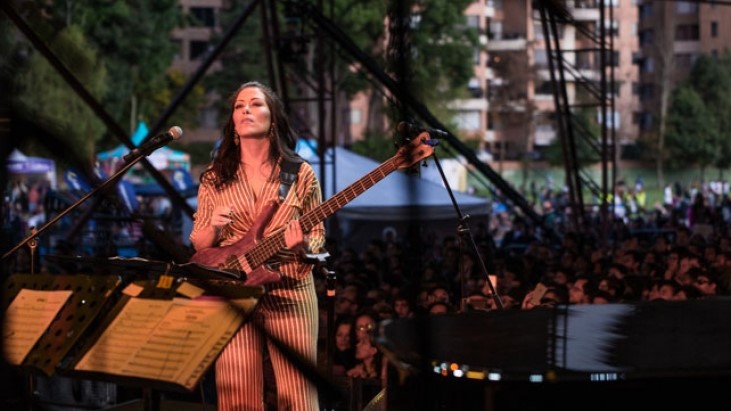 Among the roles of this Big Band will be that of string leader for trumpets, trombones, saxophones and piano. Photo: Idartes.

After a brief presentation before the jury at the Fernando Sor music school, 32 interpreters with the best scores of the 93 candidates evaluated, were chosen: Manuela María Jiménez and Natalia Ximena Mendoza as string leaders and as accompanying musicians:

During the days, the person in charge will be announced as head of strings, trumpets, trombones, saxophones and piano, in addition to the performers of these instruments and electric guitar, double bass, percussion and drums. These members will be under the direction of the arranger, bassist and composer Esther Rojas.

The festival will tell for the first time with the show of Puerto Rican Ileana Cabra, iLe, with her solo projectafter belonging to the group Calle 13 and winning with his album unbearable the Grammy in the category of Best Rock, Urban or Alternative Album in 2017. 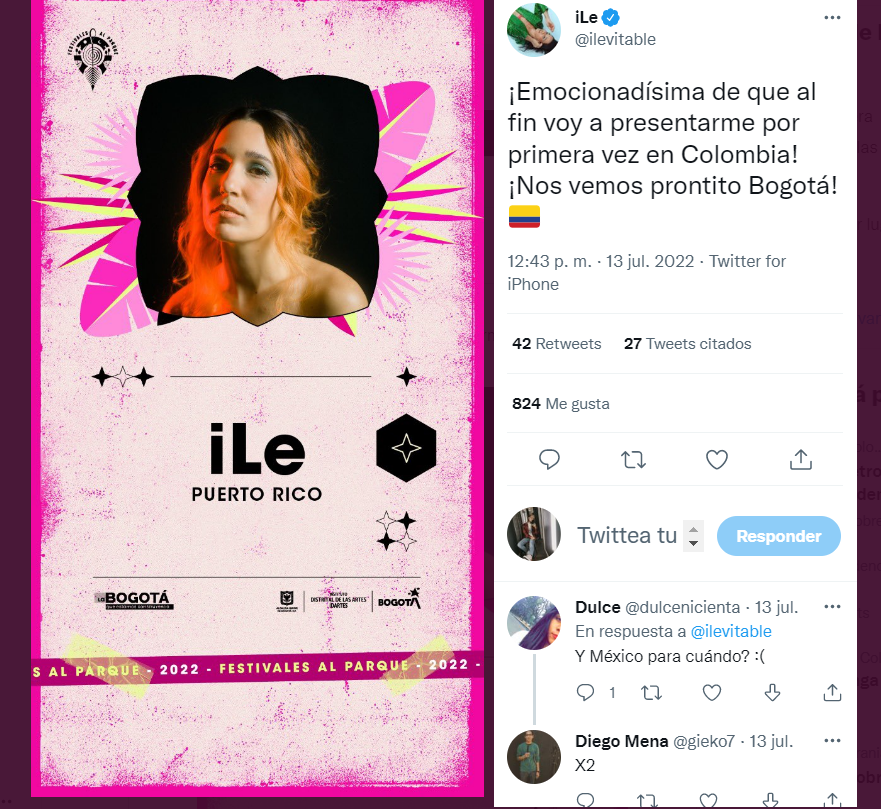 The 25th edition of the Jazz al Parque festival will have the presence of the Puerto Rican iLe with a solo proposal. Photo: Via @ilevitable

Julieta Rada Uruguayan singer, songwriter and producer will join the festival lineup. The artist has managed to win two Gardel Awards for Best New Pop Artist (2016) and Best Pop Artist Album (2019), thanks to her proposal that combines Afro-Uruguayan musical roots with the sounds of black music, such as: funk , rock, R&B and jazz. Julieta is recognized in the musical field as she is up there with artists such as Joss Stone, Fito Páez and Illya Kuryaki and the Valderramas, with whom she has collaborated.

Added to this party is the participation of a great contemporary exponent of Colombian and Latin American folklore in Austria, Laura Valbuena from Bogotá, who currently resides in the city of Vienna. At just 27 years of age, he has forged an outstanding international career as a saxophone and clarinet player. It should be noted that he has had the opportunity to share the stage with artists such as the Peruvian tenor Diego Flórez or the Finnish Ina Forsman, at festivals such as the Jazzopen in Stuttgart, Blues Express in Luxembourg, among others.

Nia Murillo, the designer behind the suit used by David Racero during Gustavo Petro’s possession
Confirm the date of realization of Knotfest Colombia
District of Bogotá launches a new page for the adoption of dogs and cats