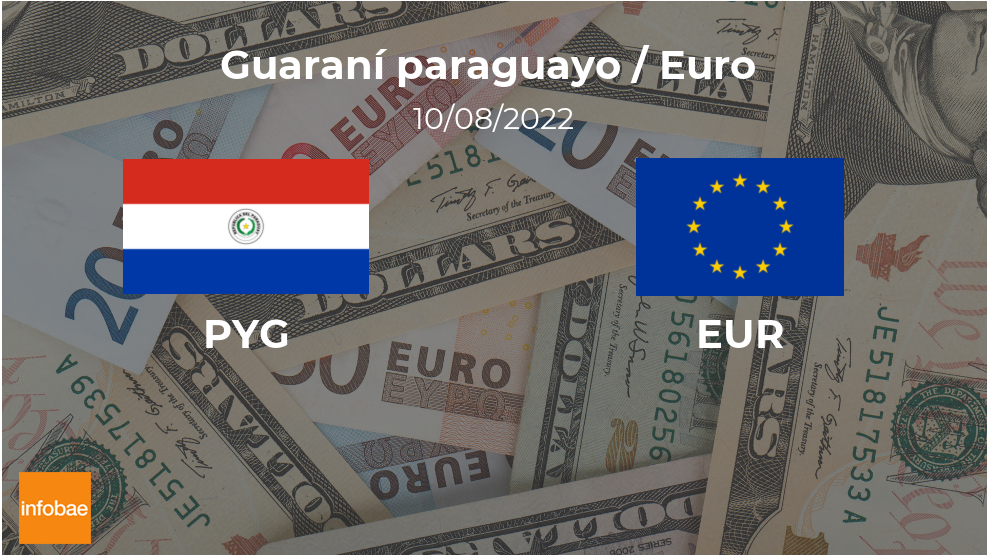 After the stock market opening the euro is negotiated at the beginning of the session 7,036.31 guaranies on averagewhich implied a change of 2.62% when compared to the figure of the previous day of 6,856.40 guaraníes on average.

If we consider the data of the last week, the euro accumulates an increase in 23%; On the other hand, in the last year it still accumulates a drop in 11.44%. Compared to previous days, it reverses the result of the previous session, where it ended with a drop of 0.33%, being unable to establish a stable trend in recent times. The volatility referring to the last week is higher than the numbers achieved for the last year (13.94%), which shows that it is presenting a more unstable behavior.

The Guarani is the legal tender in Paraguay. and was created in 1943, holding the record for being one of the oldest coins in Latin America.

At first it was divided into 100 cents, however, due to inflation, cents are no longer used. About its abbreviation, the acronym PYG is commonly used.

It was on October 5, 1943 when a decree was proclaimed by which the Organic Monetary Regime of the Republic of Paraguay was established, with which sought to ensure stability, strengthen it and reaffirm monetary independence and sovereignty. With this decision the Paraguayan peso was also replaced.

At that time, the guaraní was equivalent to 100 Paraguayan pesos, later they were changed to cents.

Banknotes and coins with the new denomination are in circulation from 1944 to the present and now their issuance is regulated by the Central Bank of Paraguay.

However, it was not until 1998 that finally the first 100,000 guaraní bills were put into circulation, which today is the ticket with the highest value. By the beginning of 2020, this ticket was worth about 16 US dollars or 14 euros.

Among the controversies surrounding the Paraguayan currency is the 2009 plan, when the elimination of the three zeros to Guaraní, which would also be called “new Guaraní”, but in 2013 a contradictory project came to light. Both initiatives are suspended.

In the economic sphere, Paraguay had a great growth in 2021 despite the coronavirus pandemic by growing 4.6%; In addition to this, the Economic Commission for Latin America and the Caribbean (ECLAC) indicates that the Gross Domestic Product (GDP) could grow up to 3.8 percent.