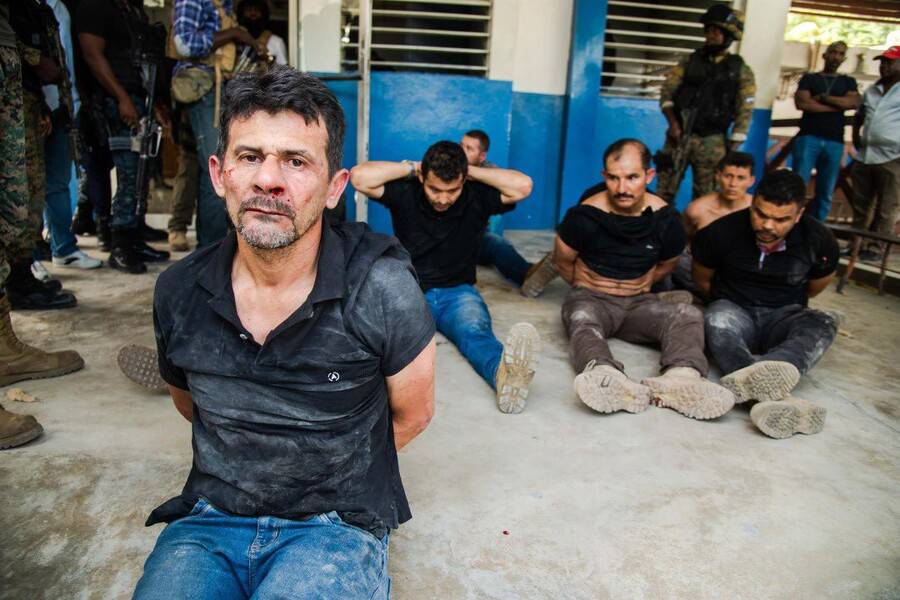 The defense indicated that although the ex-military failed to comply with the JEP order that prevented him from leaving the country without permission from the jurisdiction, the formal record of said prohibition arrived in the mail on July 14, 2021, when Uribe Ochoa was already detained in Haiti. . Photo: Colprensa.

In April this year, the Special Jurisdiction for Peace (JEP) kicked out Francisco Eladio Uribe Ochoaex-soldier of the National Army captured in Haiti for the assassination of the president of that country, Jovenel Moiseoccurred on July 7, 2021.

Now, the defense of the ex-military formally requested the same court to overturn said decision, alleging that his right to due process was violated.

defense of Uribe Ochoa He maintains that the jurisdiction did not allow him to defend himself during the process in which he evaluated the decision to expel him and he only limited himself to reviewing press reports related to his responsibility, together with other soldiers, in the assassination. This would have incurred, for the attorneys, in a violation of due process.

“…the jurisdiction does not escape the legal foundations that govern this matter, it is not a loose wheel different from the entire Colombian judicial structure, the evidence as an element of conviction must be derived from a process of adduction and collection that allows to establish with certainty the content, the press and the press conferences cannot substitute direct elements of judgment, nor supplant testimonies, it does not derive responsibilities or allow conclusions of a legal nature, ”said the attorneys.

On the other hand, they also criticized that the high court has compared the situation of Uribe Ochoa with that of the former FARC combatants who have rearmed and relapsed into the conflict, given that the latter openly announced it, while the former soldier maintains his presumption of innocence and has not had access to a process with guarantees.

“…neither the person appearing has expressed his interest in rearming, nor the facts that should be investigated in Haiti correspond to an act of repetition, nor do they affect the security of the Colombian State, they have not even been investigated, the presumption of innocence, in short, nor point of comparison with those who intends to apply the attacked providence, ”they affirmed.

In addition, they indicated that although the ex-military failed to comply with the order of the JEP that prevented him from leaving the country without permission from the jurisdiction, the formal act of said prohibition arrived in the mail on July 14, 2021, when Uribe Ochoa was already detained in Haiti.

The court made its decision last April after concluding that the ex-military failed to comply with his own obligations as an appearing party, especially the guarantees of non-repetition. “Well, not only did he fail to fulfill an objective duty to request authorization to leave the country, but also, and more worryingly as the facts indicate, he allegedly did so for criminal purposes,” it is read in the document of the entity.

To make this decision, the JEP requested information from the National Police, the Ministry of Foreign Affairs and the Ministry of Justice and Public Security of Haiti, as well as the Office of the Prosecutor and Police Directorate of the Central American country. All these institutions reported that Uribe Ochoa and the other 17 detained nationals are undergoing a firm judicial process.

The JEP magistrates ruled that the decision “leaves the appearing party Francisco Eladio Uribe Ochoa without prerogatives and transitional benefits, who from this moment loses said quality for having failed to comply with the obligations and duties that his submission to the JEP and the conditionality regime to which he was subjected sued”.

It should be remembered that this former soldier was investigated in the transitional justice for his alleged participation in cases of “false positives.”

One of the events investigated, according to the JEP resolution, occurred on March 8, 2008 in the village of Chorros Blancos in the municipality of Yarumal, Antioquia. On November 1, 2000, Uribe Ochoa was incorporated as a professional soldier of the National Army, an activity that he carried out until 2018.

Community action leader of Briceño, Antioquia, charged extortion on behalf of the ELN
This was the operation to kill Romaña: a group of mercenaries would have been in charge of the attack
By order of the Clan del Golfo, communities surrounding the Sierra Nevada are confined