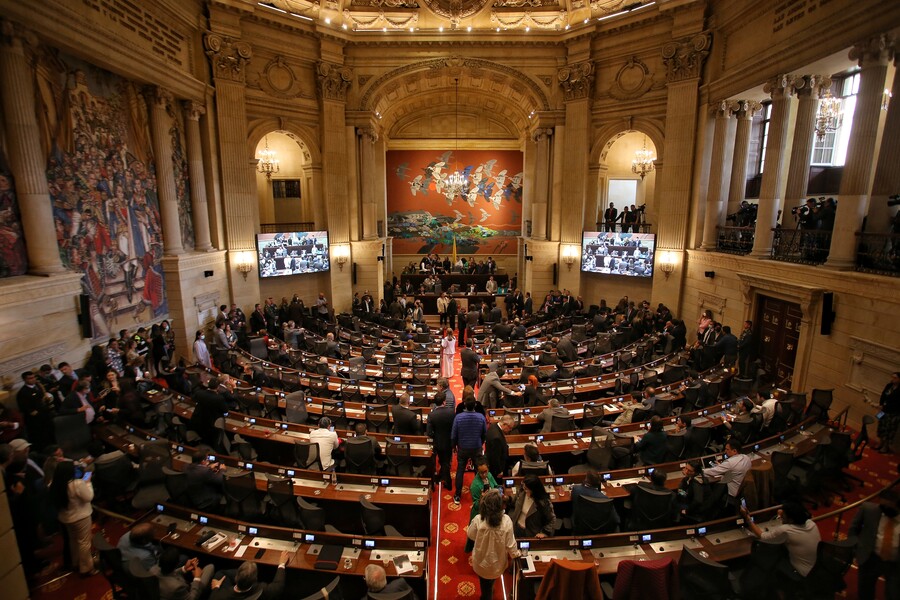 Two days have passed since Gustavo Petro took office as President of the Republic for the period of 2022-2026; however, his predecessor, Ivan Duke, He took advantage of the last days to exercise his functions as head of government. On August 4, 2022, the former president signed the salary increase for congressmen.

The former president sanctioned decree 1546 of 2022, which establishes that “from January 1, 2022the monthly allowance of the members of the Congress of the Republic will be readjusted by two point sixty-one percent (2.61%)”.

It is important to remember that this decree was ready at the beginning of this year. According to the newspaper Timethe Ministry of Finance, which was headed by José Manuel Restrepo, had not approved the increase wages and for that reason it had not been signed by Iván Duque.

Taking into account that this salary increase had not been approved since January, the senators and representatives to the Chamber will receive a retroactive amount of approximately six million pesos next month.

The rise of 2.61% affects the three items into which the monthly income is divided of the senators and representatives: that of the monthly basic allowance, which would be 8,539,197 pesos; representation expenses, which will now be 15,180,000 pesos, and the service premium, which will remain at 11,596,448 pesos.

The government bench presented a bill that contemplates the reduction of the salary of the congressmen; however, the proposal would begin to apply as of July 20, 2026.

The senator Gustavo Bolivar He explained that so that the bill does not sink, it would take effect from 2026 and the salary of legislators would be frozen for the next four years. “I presented this project three times and it sank because the congressmen cannot legislate on their own behalf,” he explained through a trill.

The representative to the Chamber for Centro Esperanza, Catherine Juvinao, is one of the authors of the project and presented a solution to the wave of criticism for the delay in reducing wages: congressmen can lower wages “of their own free will while the measure is being signed into law by 2026.” That recommendation was the one that Humberto de la Calle took into account to waive the special premiums.

In context: Humberto de la Calle renounced special bonuses to reduce his salary as a congressman

On the other hand, this project collided with the one also presented by the Democratic Center party, on July 27. The proposal of the opposition caucus aims to immediate salary reduction through a 20% tax, which is equivalent to seven million pesos.

“After a study, we have concluded that the best thing is to revive the solidarity tax, which was proposed by this party during the pandemic of 20% of wages and which was approved by the national government,” said the senator. Pigeon Valencia. However, the Constitutional Court overturned that proposal. “We are going to apply this tax that will go to a solidarity bonus that we will be talking about,” he added.