Community action leader of Briceño, Antioquia, charged extortion on behalf of the ELN 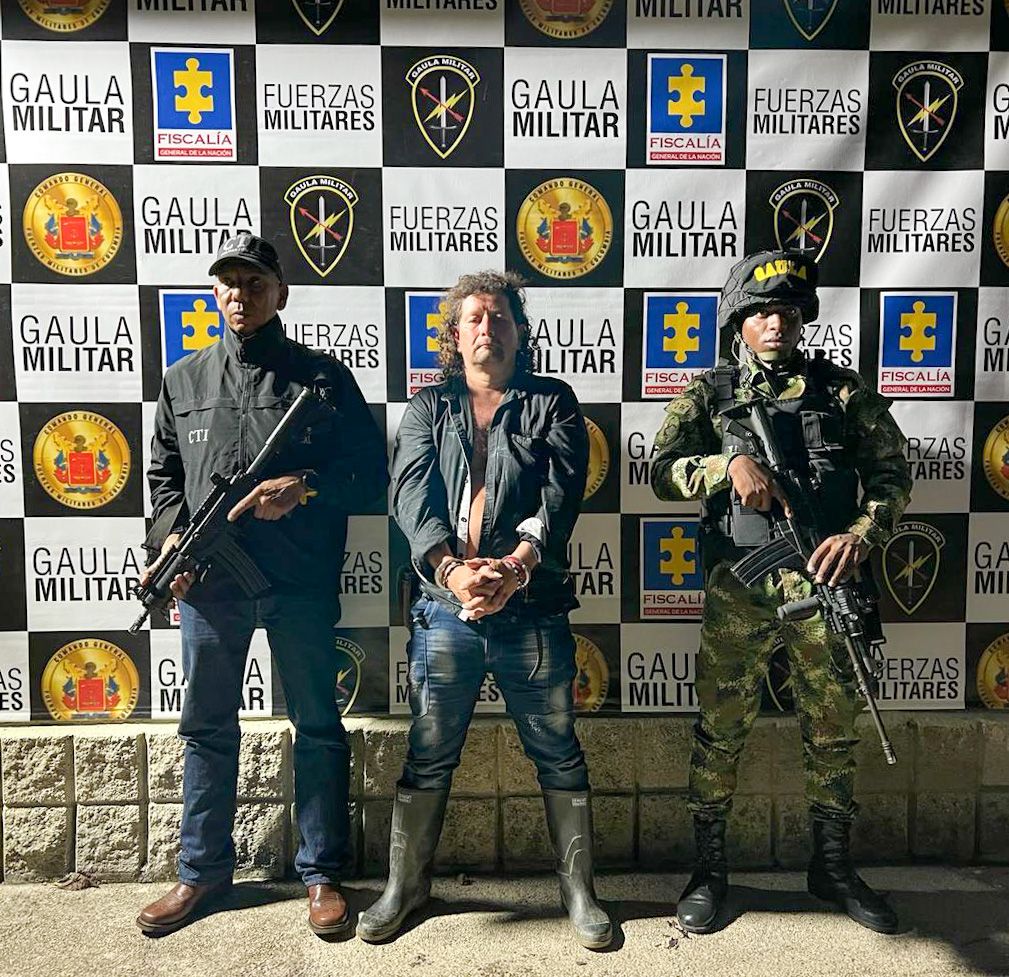 Community action leader in Briceño Antioquia, was captured charging extortion on behalf of the ELN

Even a farm located in the village of Altos de Chirí, in the municipality of Briceno Antioquiatroops from the National Army and the CTI of the Prosecutor’s Office arrived to capture alias Pelu or Presidente, a presumed member of the GAO ELN, in charge of collecting $75,000,000, as a result of extortion.

Although the subject, according to military intelligence information, used a facade as leader of the Community Action Board from the village of Altos de Chirí, on this occasion he presented himself as an envoy of the GAO ELN to receive the sum of money previously demanded by the alleged leader of the criminal group.

According to the investigations, in days past, the alleged extortionists would have killed some cows on the farm, as retaliation for not paying the extortion. At the time of the capture, alias Pelu or Presidente, several envelopes of herbicides were found, which could cause the poisoning of animals to the point of death, according to expert veterinarians. The captured and the seized elements were left at the disposal of the competent authorities.

Alias ​​Pelu or Presidente, several envelopes of herbicides were found, which could cause the poisoning of animals to the point of death, according to expert veterinarians.

The National Army keeps line 147 ready to deal with any case of extortion or kidnapping. The authorities indicate that they will continue to neutralize the criminal actions of the Organized Armed Groups that intimidate the community in this region of the country.

While the Armed Forces continue to work on the offensive against the Organized Armed Groups -GAO- the national government is seeking to establish dialogues with them, who have expressed the possibility of being part of the call complete peace. Among these actors outside the law, the top leader of the ELN responded to Petro about the peace negotiations.

Through his Twitter account, Eliécer Chamorro, alias Anthony Garciatop commander of the National Liberation Army (ELN)responded to the president Gustavo Petro about your trading intentions.

“Faced with the Peace Dialogues, it is important to say that the ELN has never placed any conditions to dialogue or to seek a political solution to the armed conflict in Colombia,” the guerrilla leader wrote on the social network.

And then he expressed his willingness to continue negotiating, but “examining how to continue with what was agreed”:

“Now we have to examine how to continue taking into account what was agreed. There is no problem”.

It should be remembered that Petro announced that he will resume the process that was being carried out with the guerrillas of the THE N in Cuba, based on the recognition of the protocols, which generated a diplomatic crisis with that country under the administration of former President Iván Duque.