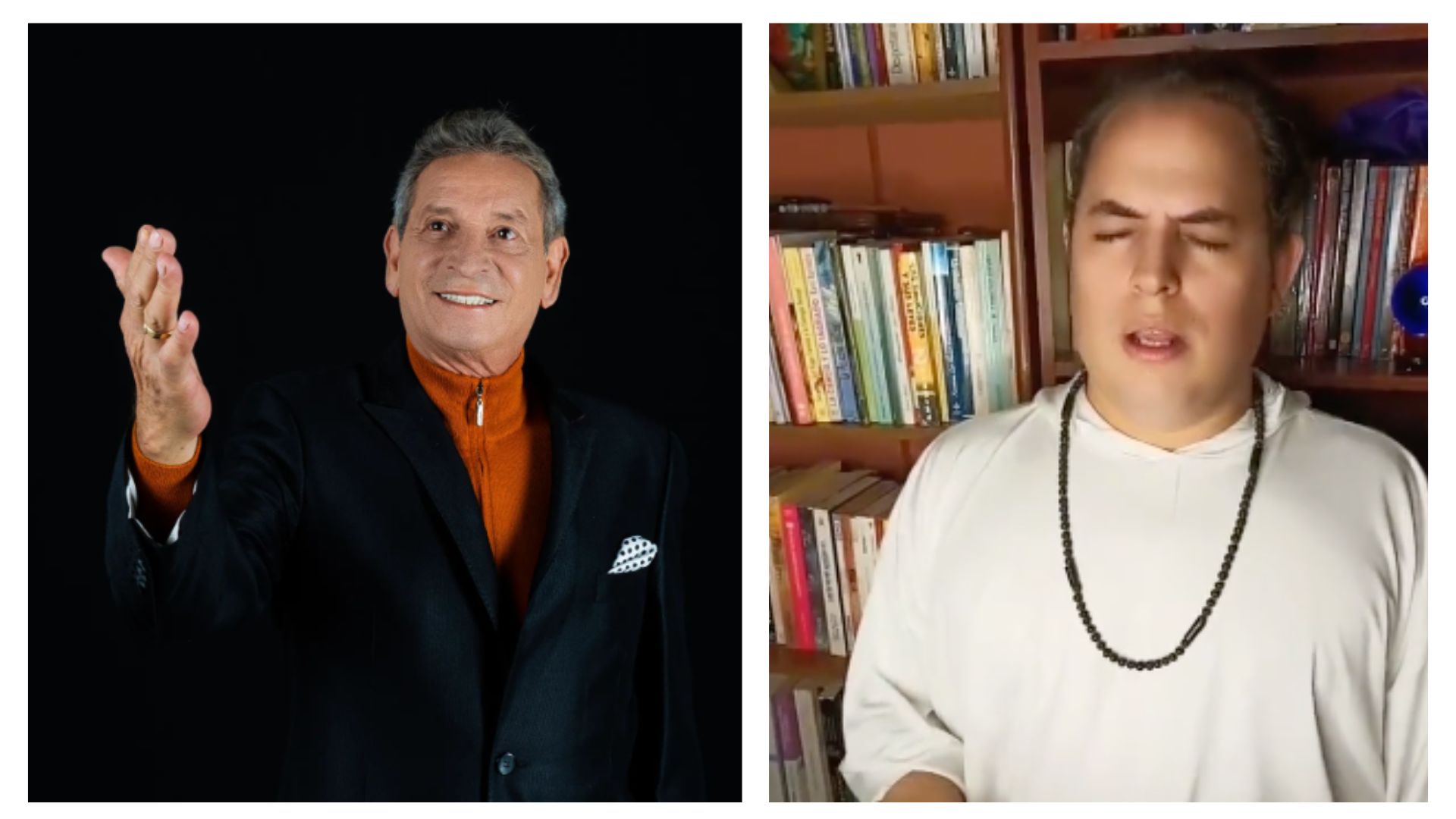 Criticism of the alleged medium who contacted Darío Gómez from beyond. Taken from social networks

Two weeks have passed since followers of Dario Gomez, just as his closest family and friends gave him the last goodbye. The fact that shocked millions of followers of the artist in Colombia and in the world, continues to be talked about on social networks.

In the midst of the mourning experienced by his relatives and other exponents of popular music, who also organized a concert to commemorate his departure and pay tribute to him for his work for more than two decades, a fact was known that also generated indignation and rejection among his followers.

In the last hours, the name of Darío Gómez has given something to talk about again, due to the alleged reaction that an alleged seer had who recorded a video at the moment in which, apparently, the king of spite takes possession of his body and begins to speak through it.

In the clip, the subject who claims to be a seer assured that he established an astral link with Darío Gómez and asked his fans not to regret his departure, since he is very well in the place where he is and repeats the phrase several times of his song “Don’t cry for me, no one is eternal in the world”.

And he added: “I have to tell all the Colombian people that I feel very happy where I am, remember that no one is eternal in the world. I am very calm, resting in peace, It’s like some kind of paradise. Thanks to the people who are looking out for me, ”says the medium in the video of him.

Later, the person who is recording the supposed astral encounter with Gómez asks him not to leave the medium’s body, without first singing a verse of the song Nobody is eternal in the world.

To which, indeed, the man responded by interpreting the song and although he did not clash with the musical notes, at the end of the song there was an unexpected reaction, because apparently he was the victim of a heart attack, but Internet users realized that it was a mockery due to the exaggerated movements of the character.

The post was replicated by the gossip show I know everything through his Instagram account, in which several artists expressed their disagreement with the images, arguing that they seemed disrespectful. The first to react were Yeison Jimenezwho insulted the supposed seer and the singer Francywhat did he say: “what a clown this guy”.

The actress Naty Ortiz also took the opportunity to leave her message regarding this type of publication, as she pointed out that it is a lack of respect for the artist’s memory: “Nothing to see this guy. What a lack of respect”.

Next, the embarrassing moment starring a seer who used the image of Darío Gómez to attract the attention of social networks:

Internet users also left their opinions in the publication of the Canal Uno gossip program, among which they highlight that it is a mockery of the good image left by the greatest exponent of popular music and spite: “what a mockery this is” ; “They should sue him to respect the pain of others”; “what a stupid video, really disrespectful”, among others.

Transmission of the possession of Gustavo Petro in Medellín ended up becoming a tribute to Darío Gómez
Jhonny Rivera invited ‘Pistolita’, Darío Gómez’s guitarist, to play with him on stage
Darío Gómez’s brother responded to Giovanny Ayala’s controversial statements: “Mix your words”