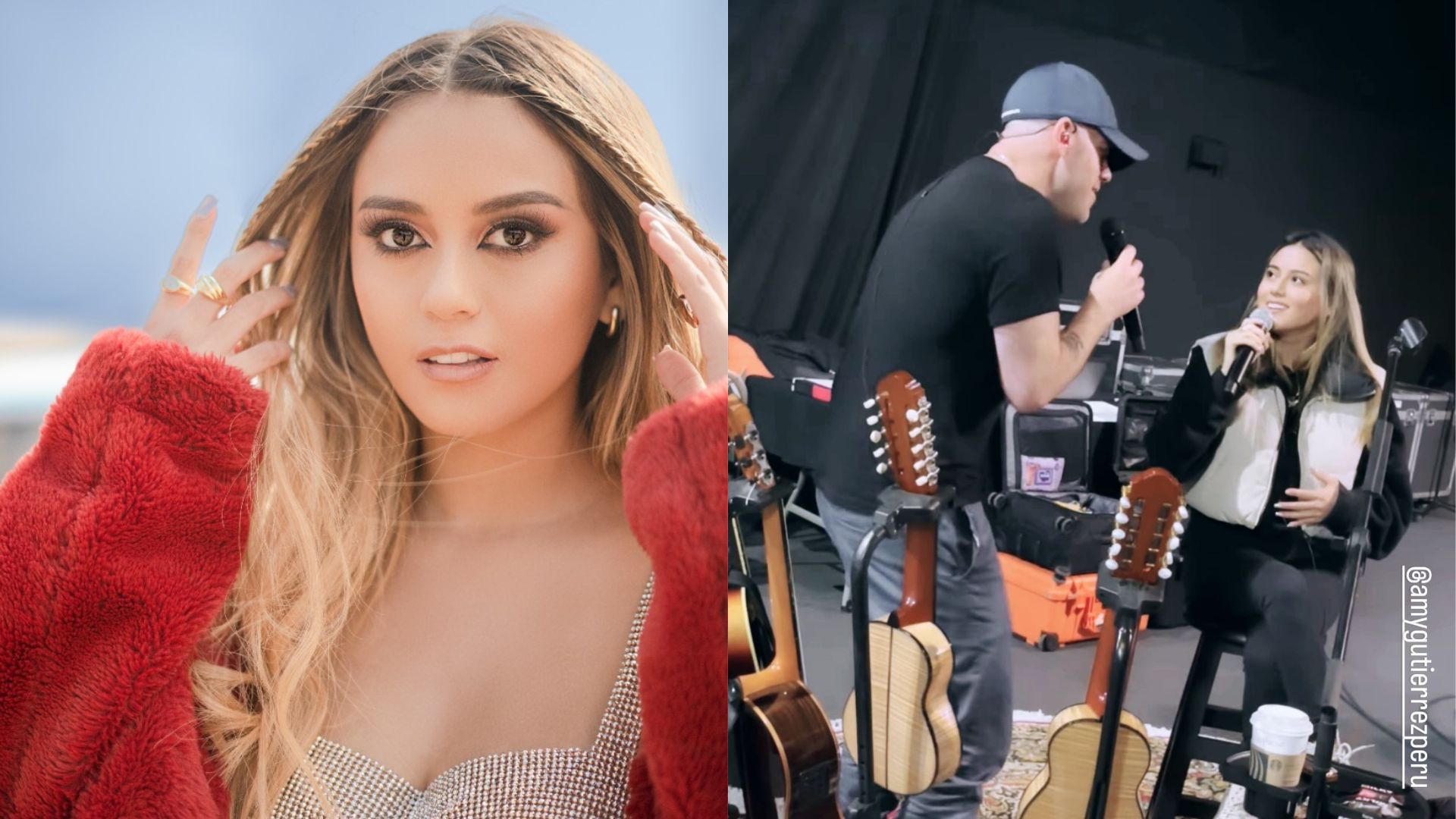 Amy Gutiérrez is preparing new songs and her first song will be a composition by Gian Marco. Instagram.

Singer Amy Gutierrez is living one of the best stages of his life, since apart from promoting his fifth song “How long did I stay”, is dedicating himself to working on the songs for his next album. In addition, she is doing very well in love next to the dancer Cristhian Gonzales.

The Chalaca interpreter spoke with Infobae and said that the first song of her next album will be a composition by Gian Marco, a singer-songwriter who invited her to be part of his concert for the 30th anniversary of his artistic career. A joy for her, because the Peruvian singer is one of the singers she most admires and respects.

What projects are coming for Amy Gutiérrez?

I want to continue doing ballads and salsa. I’m making a record outside, the first song is by Gian Marco, he composed it and gave it to me. I’m happy because I’m going to finish recording the first song for my album. I’m still outlining if it’s going to be a ballad or salsa, they’ll know later.

Where are you recording these songs?

I will clearly sing the album, I will do salsa, ballads and another kind of surprise. We are recording in a friend’s studio and I have been sending all the voices to Los Angeles, there are the people who are producing the songs on my album.

And this collaboration came from the experience of sharing stages with Gian Marco?

Yes, it was a beautiful, unforgettable, magical experience. Gian Marco is a very noble, empathic, sensitive person. professional, talented and it was a great honor to share stages with national and international artists. I put everything of myself so that Gian Marco is very happy and thinks that he was not wrong to choose me.

And did he tell you why he had chosen you?

He told me that he listened to my songs and knew about my career. He tells me he admires me but I admire him. He knows my work from many years ago, my way of being and how I think.

Sure, now he’s dedicated to releasing his new album. But yes, I am going to dare with all the confidence to ask him if he would be willing to record with me, I have already tried it and he does want to, but it is full with time. At some point it will be possible. 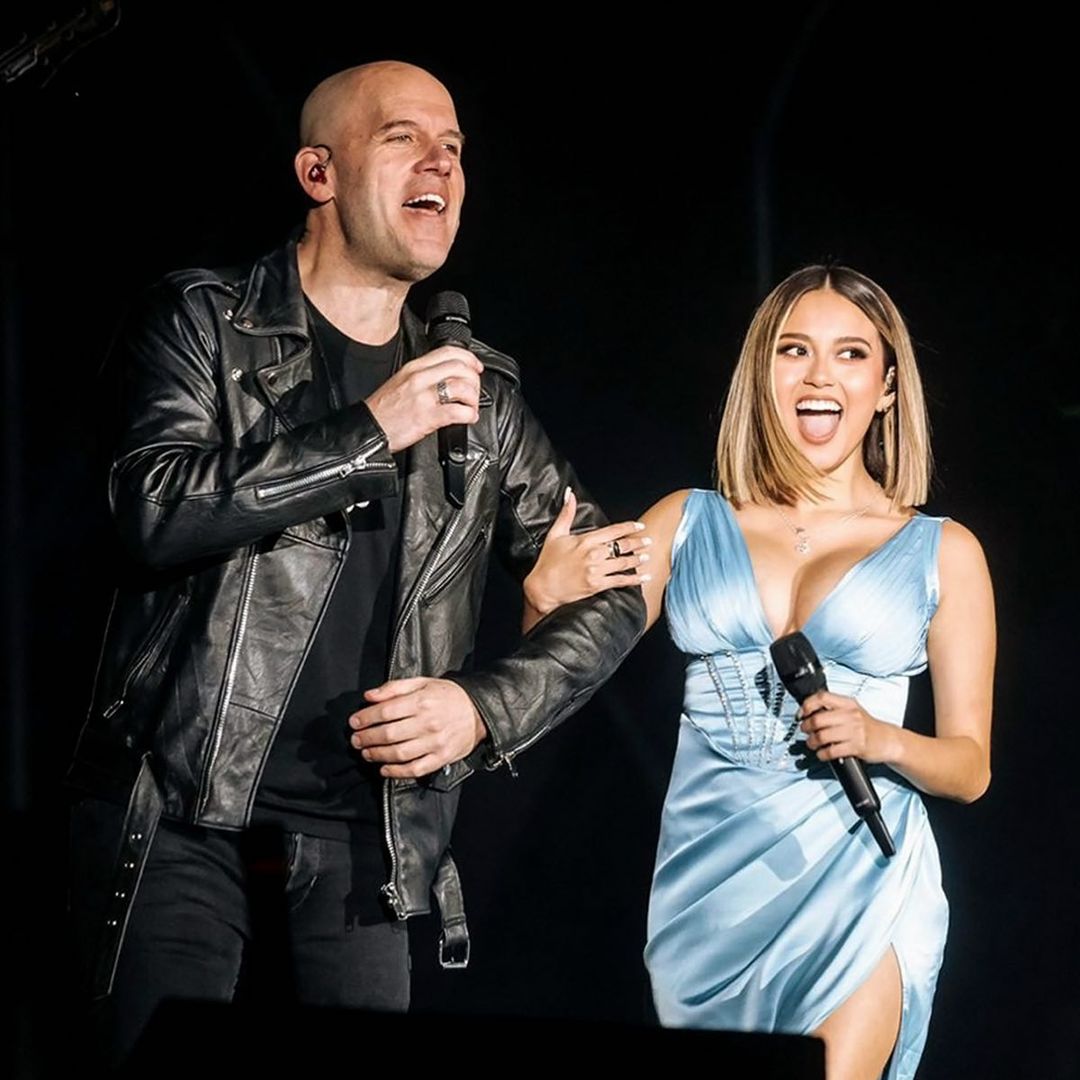 Amy Gutiérrez shared the stage with Gian Marco for her 30th anniversary of her artistic career. Instagram.

At the Gian Marco concert they saw you in good company. How are you doing with the dancer Cristhian Gonzales?

I feel calm, happy and he gives me peace, which is the most important thing. I feel that I am in a stage of my life where the people I love are closer to me, such as my parents, my partner and my work team. I already found a balance to spend more time with my parents and my team.

How long have you been in this relationship?

I was alone for about a year and in fact things happen when you least expect it, I took my time to be with myself, meet friends, walk, dance and go to the movies. Nothing with the intention of having a relationship and just doing my thing.

In that period of solitude, what did you learn?

Was it hard for you to leave your single life?

It didn’t cost me to leave my single life, when you find the right person everything is beautiful, without realizing it you are already beginning to open your heart. It was very beautiful all the stages that I lived when I was alone, I focused on my music and when I started my relationship he came to join me.

And is your partner sympathetic to your career?

If he is very respectful, I never have problems with him on that subject, he is very calm. In my case I will always seek to be with people who join me, motivate me, help me and he is all that.

Regarding your sexual orientation, in an interview on a YouTube channel, you declared yourself pansexual, what can you say now?

I keep thinking the same thing, that love is free. I have no prejudice against anyone, if they did it to me they are people who do not know me and everyone values ​​what they hear. It’s not a sin to be like that, they took it the wrong way because they think it’s part of a trend. In my case, I am no longer going to say an exact word or pansexual, lesbian, bisexual because they will take it badly. I think that love has no gender, no sex, religion, colors, there is nothing. Love is love and whoever you fall in love with enjoy it, it is the most beautiful thing in life.

Amy Gutiérrez revealed that when she meets a person she does not pay attention to her sexual identity, because what attracts her most is the personality.

Have you ever been attracted to a woman or have you thought about starting a relationship with a girl?

I am attracted to women as well as men. For now I am in a happy, calm relationship and I respect who I am with. I don’t close the doors because love is free and I can’t spit at the sky. But right now I’m very happy with the person I am and I don’t think about that.

Tell us about your last song “How long did I stay”, it is your fifth single. What is he talking about?

It is a salsa version of a song originally in a band, it is made with a lot of love from the original song by the Mexicans Giovanny Ayala and Humberto Lau, and the musical production was in charge of the Peruvian Chris Fernández. The song caught me from the first time I heard it, I really like the lyrics.

What is the song about, has what the song says happened to you?

Of course it’s happened to me, it’s when you’re with a person and on your part you feel chemistry, you like it and from one moment to another the other person doesn’t feel the same, and it’s like, bye!… You say to yourself, what happened? How did you change so fast? It seemed that you were in love. That’s why the song says: ‘How long did I stay’ that I be the love of your life. It also touches on the subject of holding on, sometimes people get into it and don’t get over when you leave them.

Has it happened to you not getting over being left?

At some point yes, but it did not become stubborn and continue there. I’m not that clinging, I’m okay this happened and she accepted it.

Have you ever sang with a broken heart and channeled it into your music?

When I sang my theme ‘I dont know‘ I was going through a bad time with my ex-partner, I think we ended up… when they showed me the composition, I said it’s what’s happening to me and I sang it from a real feeling because I was in that situation. But there is nothing that does not heal over time and nobody dies of love (laughs).

This time you have been involved in the production, how was the experience?

The musical production work was done here in Peru, and I was there at all times until it was left as it is, somehow this experience helps me learn if at some point I have to perhaps produce my songs myself.

Regarding the video clip, it was directed by the Peruvian director Sky Bluee, and it was an incredible experience. I got involved with the story, I wanted some shots, specific scenes, and she helped me a lot to organize my ideas, we organized ourselves and complemented each other very well.

Where was the recording?

It was at an airfield in San Bartolo. We recorded everything in a single day, it was very intense due to the weather, the sun came out for a while, in the afternoon and at night, the cold was more intense. I finished recording and the next few days I was sick but it was worth it.

Your YouTube channel Amy Gutiérrez Oficial has more than 12 thousand subscribers and your video “How long have I stayed” has more than 172 thousand views, people have received it very well…

I’m happy with the response, I want to thank all the people for watching the video, in less than two weeks they have that record and I’m happy. They write to me talking about it on my social networks, I am happy, grateful and more eager to release more music for all my audience. 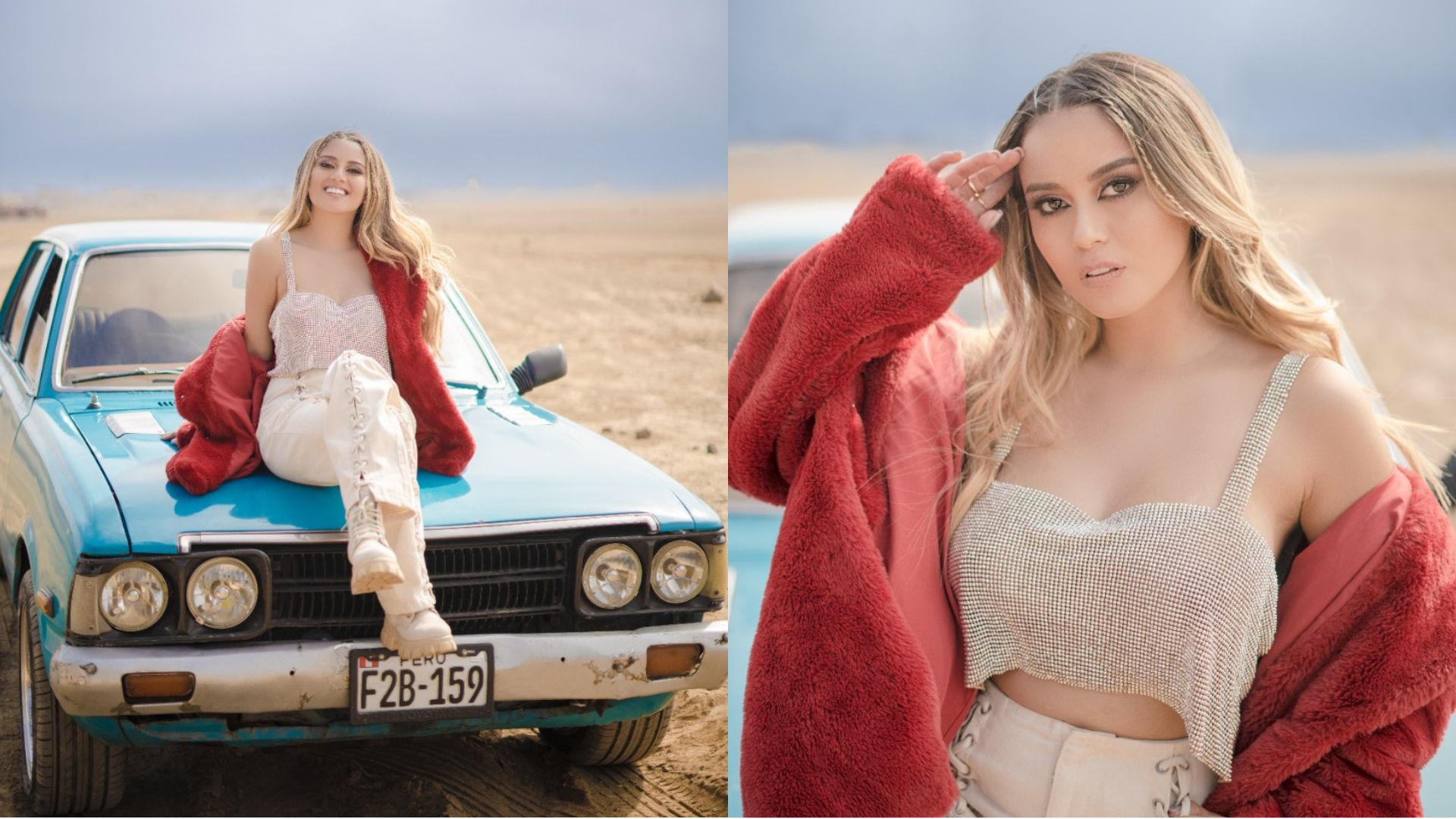 Amy Gutiérrez launches song “How long do I stay”. Diffusion.

Amy Gutiérrez affirms that Yahaira Plasencia and Daniela Darcourt became friends: “I love that they support each other”
Gian Marco is seen in rehearsals with his partner Juliana Molina for his next concert
Amy Gutiérrez confesses: what does it mean to be pansexual?