Serious accident in Mendoza: a cyclist rammed a photographer while recording the end of the race

The Jorge Ángel Pena racetrack, located in the city of San Martín, in the province of mendozawas the scene of an impressive accident this Sunday, in which the cyclist was involved Bianca Tempestin and the photographer Mariela Arce, both natives of San Luis. While the athlete has already been discharged and she returned to her province to continue her recovery, The photojournalist underwent surgery that same night and continues “in intensive care and with a reserved prognosis.”as reported by the Mendoza Cycling Association (ACM) on their Twitter account.

At the end of the “Juveniles” category race, valid for the fourth date of the 2022 Critérium and Track Mendocino Championship, Arce entered the circuit to record the arrival of the competitors, but she was brutally attacked and everything was recorded on her cell phone. “here come the girls”, the photographer is heard saying, while in the background the platoon of cyclists who were leading the contest could be seen. But a few seconds later, the situation would turn into a real nightmare for both the spectator and Tempestini, who was fighting for second place.

After the violent accident, both Tempestini and Arce -the mother of Ismael Vázquez, a cyclist who also participated in the competition- were transferred to the Hospital Perrupato, located a few blocks from the aforementioned racetrack, to carry out the rigorous studies and stabilize them after the strong impact. Hours later, the photographer was referred to the Central Hospital, as confirmed by the newspaper ONE. 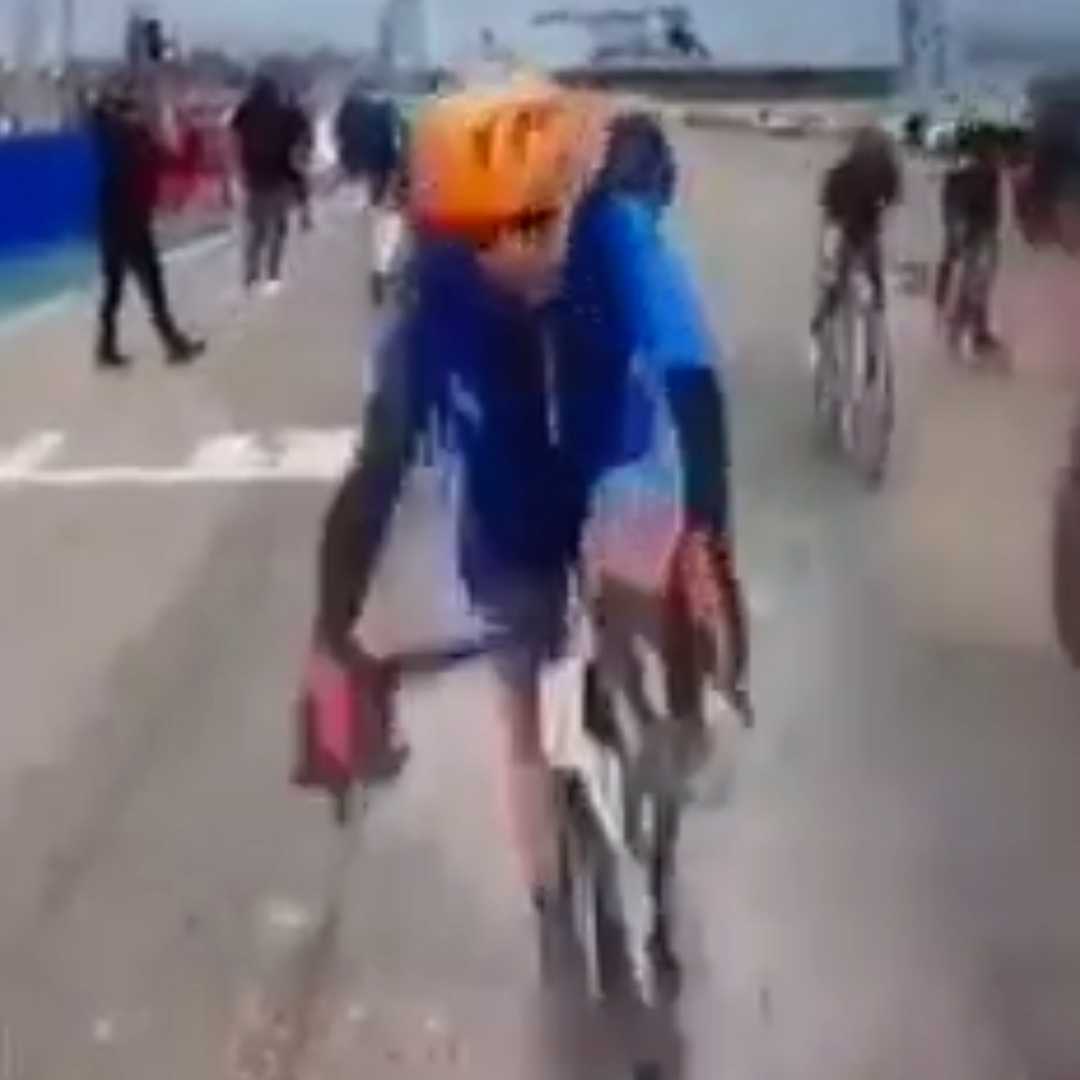 The moment in which the cyclist Bianca Tempestini rams the photographer Mariela Arce, during a race held in San Martín, Mendoza province.

“From the ACM and together with the entire cycling family, we pray for them and hope for a speedy recovery for Bianca and Mariela”reads a tweet from the ACM published a few hours after the collision.

After several hours of uncertainty about how those involved would evolve, the ACM confirmed yesterday that Tempestini had already been discharged and traveled to San Luis to continue her recovery at her home. On the other hand, Arce, who took the worst part, underwent a successful operation, but continues in intensive care and under a guarded prognosis.

Fernando Lanzonepresident of the ACM, spoke with radio Regional 106.9 after the accident and assured that “people don’t respect anything, you get tired of telling them and they don’t pay attention”. And he concluded: “It was an accident. Accidents happen and he touched us. I spoke with her husband -from Arce- and she has been intervened, but she is out of danger”.

“It is a mistake of the organizers, since the cyclists are concentrated and do not expect to meet people who want to film the arrival when they know of the danger they are in,” said a source consulted by the aforementioned radio signal.

The shocking crash that occurred in Mendoza was recorded just a week after the violent accident that marked the Commonwealth Games, held in England. During a cycling event, an athlete went off the track and hit a group of spectators.

In the images taken by the fans who were at the scene, the moment of the collision could be seen, which occurred during the last lap of the men’s 15 km scratch classification. “After an accident in the men’s scratch, Matt Walls and Matt Bostock are being treated by doctors before being transferred to hospital for further treatment. We send our best wishes to the riders and spectators involved in the incident,” the England cycling team said in a statement.

According to some local media, the accident left some spectators injuredamong them a man who had to be removed bloodied in a wheelchair and a girl with cuts on her arm. “I just witnessed the most horrible accident,” assured one of those present at the velodrome, in statements collected by the newspaper TheSun. “Cyclist Matt Walls ran off the velodrome track into the crowd, near where we were sitting with our baby. I’m in shock,” lamented another.

The chilling and multiple accident 500 meters from the finish line of a cycling race
Maximum tension in the Tour de France: a cyclist broke down due to the effort as soon as he crossed the finish line