Fires on the islands of the Paraná delta: they affirm that 10,000 hectares are burning and request reports from the Ministry of the Environment 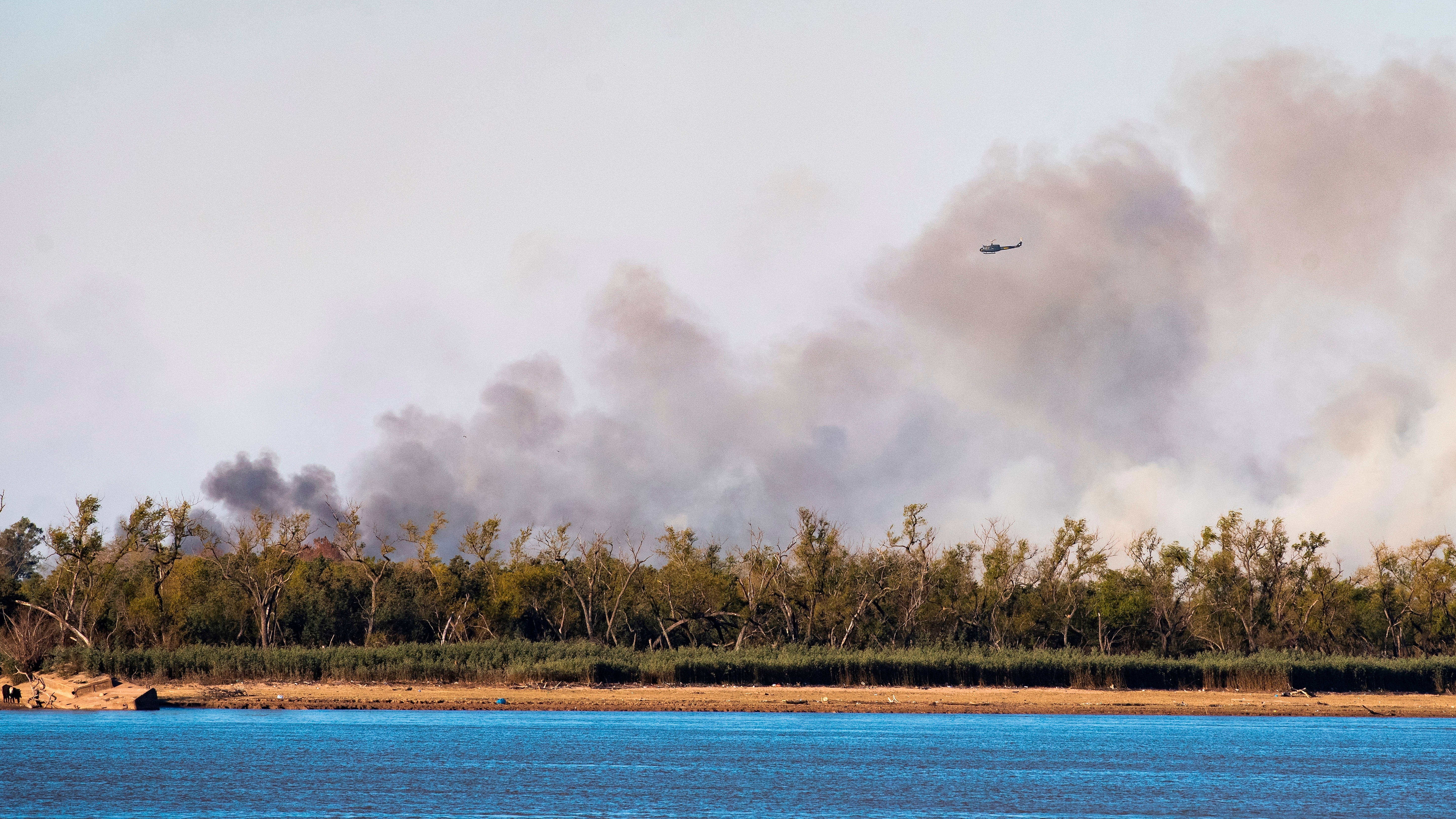 A column of smoke rises due to a fire in the delta of the Paraná River, near the city of Rosario. (EFE/Franco Trovato Fuoco/File)

More than 10,000 hectares of natural grasslands on the islands of the Paraná River delta have been burning for almost a week. A complex situation, derived from three years of deep drought and a drop in the Paraná River that continues to affect the area, which includes the coasts of Rosario and in the vicinity of Alvear and the Buenos Aires city of San Pedro.

Matias de Bueno, Responsible for the Environmental Observatory of the National University of Rosario, assured Infobae that the smoke is caused “today in the surroundings of the city by the fires in some ten thousand hectares that are still burning. These fires are divided, as shown by the satellite photos evaluated, by some 2,500 hectares located on the islands in front of Rosario, at a distance of ten kilometers to the side of the city of Victoria, in Entre Ríos. We also have another 2,500 hectares that are burned in front of San Nicolás de los Arroyos, in Buenos Aires, and add another 5,000 hectares, in front of the town of San Pedro”, she commented.

The specialist explained that for the situation of suffocation due to the smoke caused by the fires “there is an aggravating factor, and that is that we are with wind coming from the east, and also from the southeast, which causes the constant entry of smoke into Rosario, a fact that makes that the city experiences an unbreathable climate”. The Environmental Observatory also indicated that “It is possible that fires will break out on the islands due to the large amount of dry plant material that is there due to the effect of the last drought, recorded since last summer, and also due to the drop in the Paraná River.”.

According to De Bueno, “there is an enormous responsibility of the National and Provincial State, and this by the three governments (of Santa Fe, Buenos Aires and Entre Ríos) that make up the interjurisdictional agreement PIECAS (Comprehensive Strategic Plan for Conservation and Sustainable Use in the Paraná Delta), and also by the National Ministry of the Environment, as enforcement authority, because they should be formed into an Interjurisdictional Emergency Council, as the Justice determined, and we should have a preventive action and not as it is generated at this moment in which it affects everyone in a negative way, when the only thing that is done is to run after the fire ”. 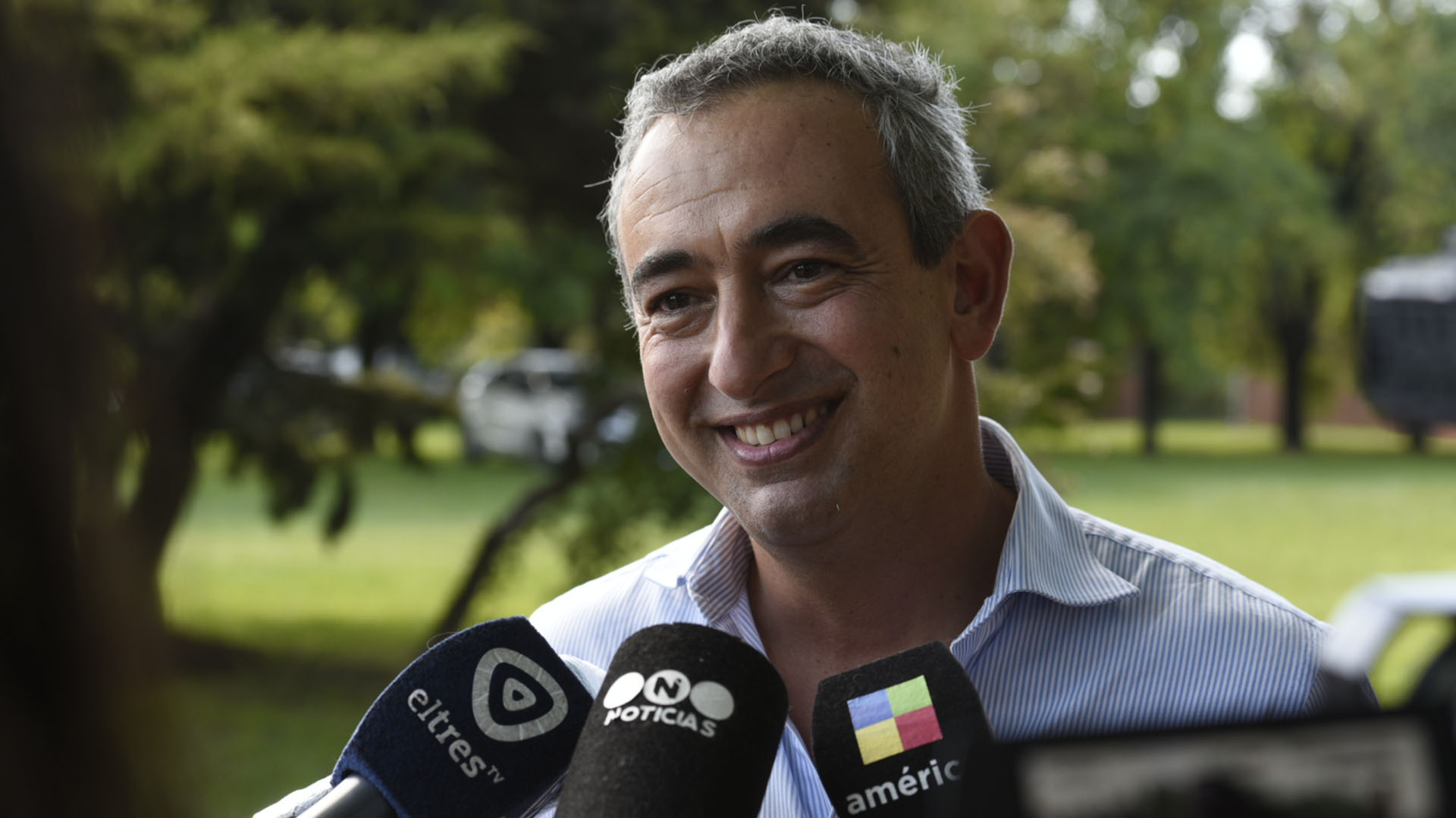 The Mayor of Rosario, Pablo Javkin, warned about the fires on the islands of the Paraná Delta.

The specialist pointed out that the installation of conservation lighthouses to prevent fires, “today they are only cameras that detect fire at times when the area is already lit. Lack of prevention and the installation of the detachments. For this reason, from the University of Rosario, which measures and controls the area, there are very clear proposals: an interjurisdictional police must be formed to control on the ground, which must act as prevention and security in the territory”.

At times like the current ones with the fires in the Paraná Islands, the role of livestock and its impact on biodiversity always appears in the debate. About, Analia Esperanzaa producer from the Middle Delta, in dialogue with the Bichos de Campo portal, maintained that “now in this area you don’t have enough load of herbivores that consume the grass. A lot of cattle were lost and there are no rodents like capybaras or otters. A lot of livestock producers have left the Delta area due to the costs of the farm”.

To all this, the president of the Rural Society of Victoria, Edward Grimaux, warned that last March “we foresaw that this was going to happen. Before, with the downspouts that existed, the lagoons were dry and sandy. Now they have grasslands three meters high, which on top of that dried up due to the cold wave. That is pure fuel,” she added.

And another debate that is generated in this type of situation is related to the lack of controls and security measures in the Islands, due to the development of tourist activities, illegal hunting of animals and subsistence economies. “So that this does not catch fire, human access would have to be practically prohibited. The most important population of the islands are fishermen. After them comes the temporary population of the weekend tourist. In third place I would put the livestock activity. In addition to fishing, those who live there set fires to access a lagoon, to hunt an animal and even to clean. Nobody wants to mess with that because it is the largest population, which has no resources and whose activity is subsistence“, said Gonzalo DumontVice President of the Rural Society of Victoria.

The Minister of Environment and Sustainable Development of the Nation, Juan Cabandiemade a presentation before the Federal Court of First Instance of Victoria, in charge of Judge Federico Martín, in which he expanded the information that he had already provided on July 15 in relation to the fires in Entre Ríos.

The official explained that the portfolio in his charge obtains information from both satellites and 5 “conservation beacons” located in the Paraná Delta. “We always try to change the situation, it really seems to us a very painful situation to attend these fires permanently. We leave satisfied because this Prosecutor’s Office and also the Court have requested the cadastre from the province of Entre Ríos and because the prosecutor informed us that he was going to begin with inquiries of the owners of those fields.”, explained Cabandie.

The national senator of Together for Change for the province of Santa Fe, Dionysus Scarpin, presented an information project in the Upper House to know the details of the actions carried out by the Ministry of Environment and Sustainable Development of the Nation, in the face of the constant sources of fire that are registered in Santa Fe, Entre Ríos and Buenos Aires. 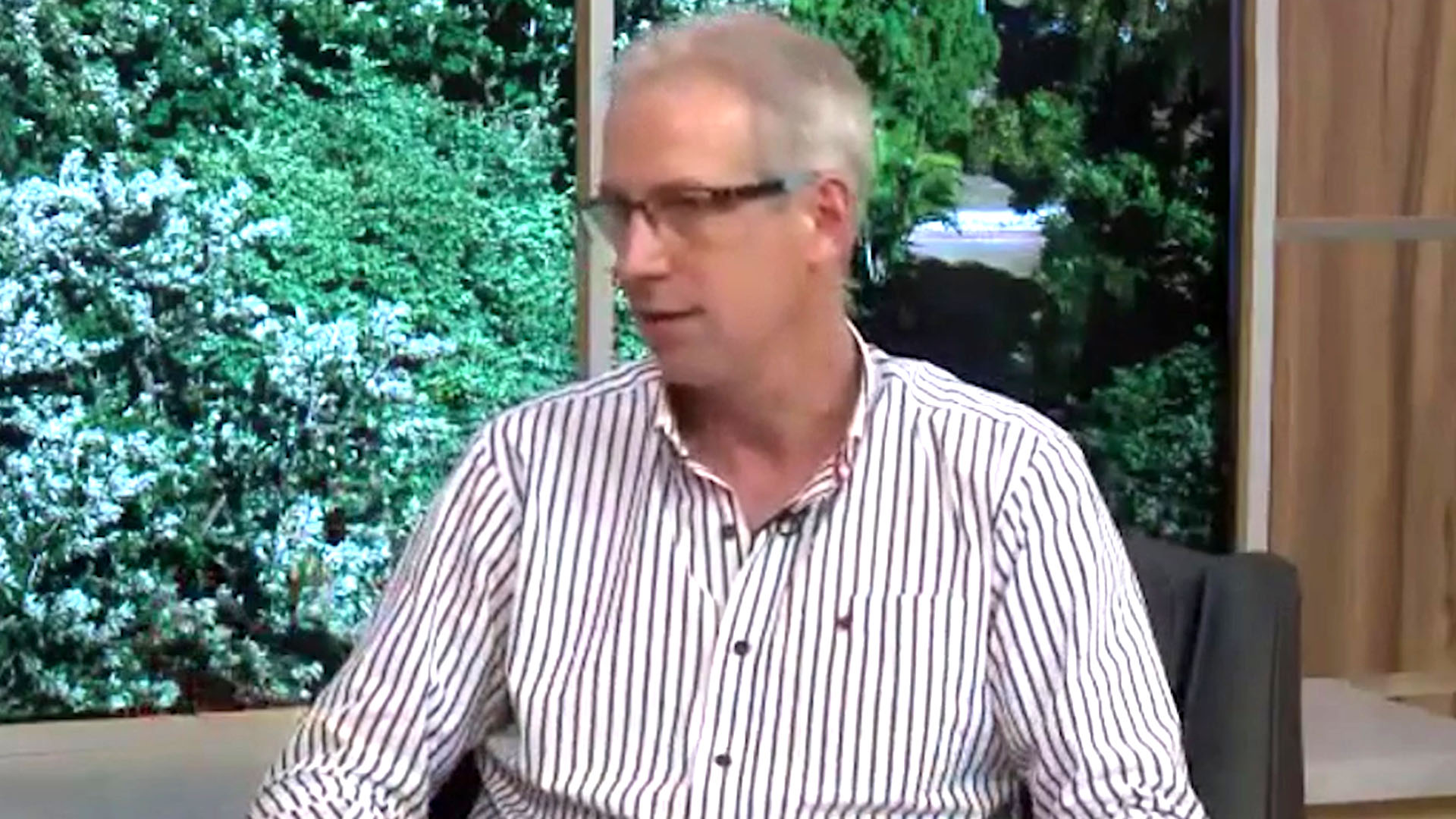 Due to the fires registered in the islands of the Paraná River delta, the legislator stated that “at the beginning of the year, the Minister of the Environment, Juan Cabandie He was in the Senate, where we told him that his obligation in the face of what happened in 2021 was to plan, organize and prevent. and there heWe ask you to act quickly in these episodes: today we are seeing inconveniences and lack of response with the burnings that are taking place in Santa Fe. The risk to the population and the environment that these disasters represent, lead us to insist again and request information about the existence and effectiveness of prevention actions, the availability of resources to deal with fire management and the training of brigade members”.

The AFIP will determine that an important group of companies advance $200,000 million in taxes that they should pay in 2023
After the change of authorities, Massa met with the new officials from the energy area
Financial day: stocks and bonds extended the rise but the BCRA sold dollars on the market again
The Central Bank sold another USD 84 million in the market and is still unable to accumulate reserves