Carolina Corcho appointed her deputy ministers and the Superintendent of Health 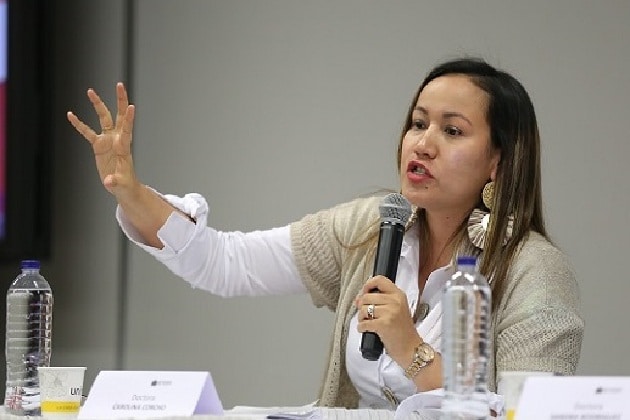 Carolina Corcho appointed her deputy ministers and the Superintendent of Health

The new Minister of Health, Carolina Corkannounced who will be the people who will occupy the Vice Ministries of Social Protection and Public Health. This team will face the challenges arising from the covid-19 pandemic and the most recent alerts with monkeypox.

The Vice Minister of Public Health will be the doctor Jaime Urrego, who is a graduate of the National University, doctor in Public Health and specialist in Regional Development Planning and Social Security Senior Management. The official of the national government has already had similar positions: he was undersecretary of Health during the Mayor’s Office of Bogotá when the administration was in charge of the now president Gustavo Petro, and acted as spokesman on the subject on several occasions.

The announcement was released from the official Twitter account of the Ministry of Health: “Dr. Jaime Urrego, with 30 years of experience in the sector, who knows Colombian public health very well, will be our #ViceSalud, who will have the mission of designing and developing the preventive and predictive health model.”

You may be interested in: Gustavo Petro has already complied with the Quota Law with the appointments of his ministerial cabinet

On the other hand, the Vice Ministry of Social Protection was left in charge of the dentist Luis Alberto Martinez. The official has a master’s degree in Administration and in Government and Public Policy and is a specialist in Health Services Administration.

During his professional career he has been director of the Association of Social Enterprises of the State of Antioquia (AESA). “With 30 years of experience, he comes from the sector of hospitals and clinics, which are the backbone in the provision of health services. He is one of the men who knows this sector best, ”MiniSalud wrote on the same social network.

It should be remembered that the minister Corcho is a public health doctor from the University of Antioquia, psychiatrist from the National University of Colombia and Master in Political Studies from the Pontifical Bolivarian University.

Also read: Carolina Corcho confirmed that there will be no health reform this year, its implementation would be transitional

The designated official is a specialist in health services management and has studies in Social Security. His professional career has been marked by the area that he will now lead: he was vice president of the national board of directors of the Colombian Association of Hospitals and Clinics, and was a departmental advisor for Social Security in Health at the national level, in the Atlantic and a district advisor for Security Social in Health of Barranquilla.

“He has also been a member of the boards of directors of private clinics and public hospitals, health advisor to the Comptroller General of the Republic and manager of public hospitals. He has served as a university professor, ”added the Ministry of Health.

The Superintendency has great challenges due to user complaints against to the malfunction of some EPS and tax entanglements.