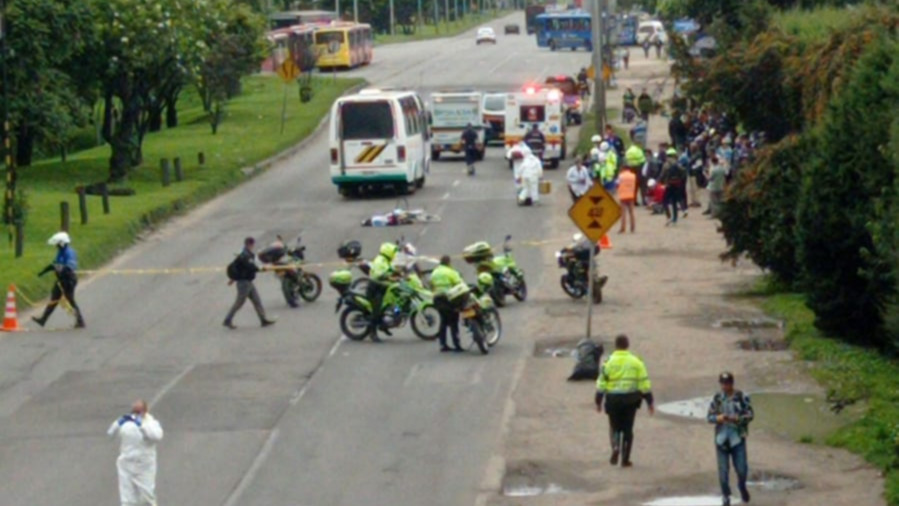 In the morning hours of this Tuesday, August 9, a Serious accident occurred on the North Highway of Bogotáwhich left a dead cyclist. The situation caused the closure of two lanes of the road, a measure that caused a large traffic jam at the entrance to the capital that remains until noon in the area.

According to preliminary information, the accident occurred when the cyclist collided with a school service bus, a collision that It would have been caused by the recklessness of the driver of the school route. The cyclist was left dead in the middle of the avenue, precisely in the North Highway with 193rd Street north-south direction; where the authorities quickly arrived to investigate the facts and remove the body.

In the place, the mobility authorities closed two lanes and, at the time of publication of this note, Mobility is maintained by a single lane in the Autonorte de Bogotá. The suggestion for drivers is to take the Seventh race as an alternate route. 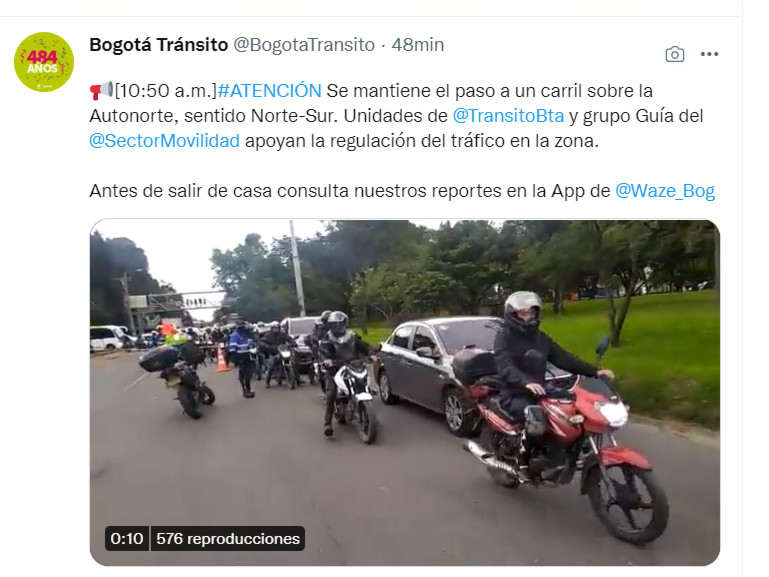 At the scene of the events there are workers from the Mobility Secretariat and a criminalistics group carrying out the removal of the body and investigating the facts in which the incident occurred. It is expected that in the next few hours information will be released on the details of the accident that cost the cyclist his life.

In social networks, several of the drivers and inhabitants who pass through this road warn about the monumental traffic jam that caused the accident between the school route and the cyclist; In addition, several warn that the cyclist was the victim of reckless behavior by the school bus driver; while other users claim that there should be a bike path on the road.

“Caution please; Cyclist killed in traffic accident, on the north highway with 193”; “A dead cyclist on the north highway, it is never enough to say that no matter how reckless or angry one may have, there are priorities on the road”; “Monumental traffic jam on the north highway around 200, apparently an accident and unfortunate death of a cyclistwe have to be careful, all parties, none more than another, that shit is sad, ”say some tweeters reporting the situation. 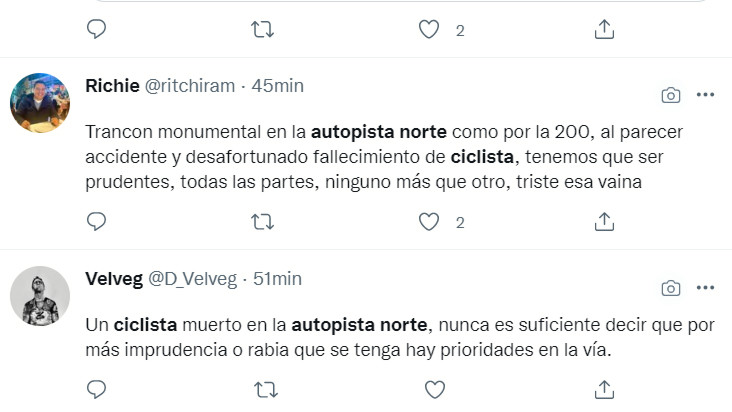 Alarming number of cyclists killed so far in 2022 in Bogotá

According to figures from the Road Safety Agency, In Bogotá, 50 people have died so far in 2022In this regard, Darío Hidalgo, professor of Logistics and Transportation at the Javeriana University, warned, as quoted in City Noticias, that “in Bogotá, the first six months of this year, 50 cyclists died, a growth of 35% compared to the number of the first half of last yearThese are really unacceptable numbers, almost one cyclist per week”.

For its part, the Bogota City Hallat the head of claudia lopezhas motivated citizens to use the bicycle by adapting some of the main avenues where users who travel by bicycle now have preferential lanes that were lengthened in the course of 2021 and 2022 in order to prevent the increase in traffic. deathly victims.

On the other hand, some cyclists they notified Infobae Colombia that one of the reasons why they travel in the middle of the vehicles is because not the entire city has special routes for bicycles, they also highlighted that in some bike lanes with lack of lighting and little traffic, users are targets of criminals who They lie in wait to steal your bikes and belongings.