They are looking for a teenager in González Catán: she was last seen last Wednesday in an evangelical church 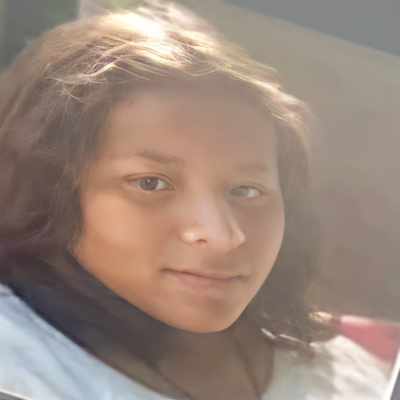 Celeste Brunner suffers from schizophrenia, but she hasn’t been on medication for a year

A 17-year-old girl has been intensely wanted since last Wednesdaywhen she was last seen in an evangelical church located in the Buenos Aires town of Gonzalez Catangame of The slaughterfrom which she left before the time her father was supposed to pick her up.

According to the ongoing investigation, the young woman, identified as Celeste Brunnerwho suffers from schizophrenia, although she is no longer on medication, left the religious center to meet a boy, but the next day they both separated and she did not return home.

“Celeste arrived and asked to borrow a charger because it had a low battery, one of the ladies from the church told us, who claimed to have seen her nervous or in a hurry. When he returned the charger, he did not even thank him, and she is not like that, ”he assured. Gaston Brunnerthe girl’s father.

In dialogue with the agency Telamthe man explained that his daughter told some witnesses who were participating in the evangelical ceremony that day that “she was going to look for her boyfriend to take him to church, but he never came back.”

“There I found out that for a few days they had been talking to a boy I knew named José and I wrote to both of them, I called them both and both cell phones turned off”Brunner recalled.

José is 30 years old and performs tasks in the same agroecological cooperative where Celeste’s father works. The teenager even frequented that place “because it does her good, because of the treatment she follows and she really likes being there”.

When he went to look for her at the church around 9:26 p.m. and found out that the young woman had left the place before, he began to call her cell phone and also that of the boy she had gone to meet, but only the Thursday at 7 in the morning she was able to communicate with him, who at first denied having seen her.

“However, after several exchanges, he admitted to me that he spent the night with her and that at 5 he accompanied her to the Pontevedra intersection and took the bus”detailed to Telam Nadia, a family friend who was helping with the search. 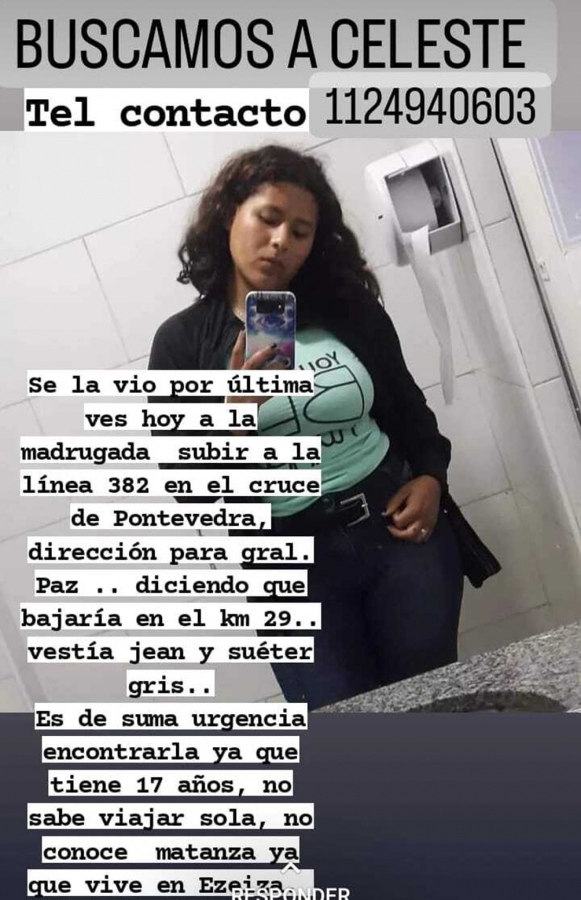 The family and friends of the young woman began a campaign on social networks to try to find her.

During an interview he gave this Monday to TNGastón Brunner specified that so far he has not had any news about his daughter and assured that he does not suspect José because the story he presented to the personnel of Police Station 2 of González Catán, where the complaint for the disappearance was filed, coincides with the data they have.

“After asking José twice, he told us that they spent the night together. He went to the police station, took us to where they spent the night and told us to take two buses afterwards. The cameras ratify this route and where we lose track is when she, at 6:44, takes bus 382, ​​at the intersection of the entrance to Pontevedra and route 21″he detailed.

The man specified that “the driver of that inmate recognized her, but he did not remember where he got off,” and asked the police authorities “to search the cameras of the municipality and some businesses, or interview the people who travel in that transport, which is almost always the same because he takes it for work”.

“The images we have show that two buses were taken. In those two moments you can see how they go up and down together. In the third, which is when she takes the 382 and he returns to Libertad, they separate. If she wanted to go home or to the cooperative, Celeste should have gotten off at kilometer 29 or at the González Catán station”he pointed.

However, Gastón is not certain that he has reached either of these two points and the unknown now is to know what the young woman did after separating from the boy with whom she spent the night.

“José also works at the cooperative, the two of them had been chatting for a while. At this time I can tell you that I do not have any kind of suspicion about him because everything he tells is corroborated by the cameras, “she added.

The teenager is about 1.75 meters tall, has black, curly, shoulder-length hair, also has sun spots on her face, and is dark-skinned, according to family members, who noted that on Wednesday, when she went to church, he wore jeans and a gray sweatshirt.

The boy with autism who revolutionizes social networks: “I want to have friends, but it is very difficult for me”
They killed a young man with a shot to the head during a private party in Córdoba
Twist in the case of the former police officer accused of beating his partner to almost death: his victim returned to him and is pregnant