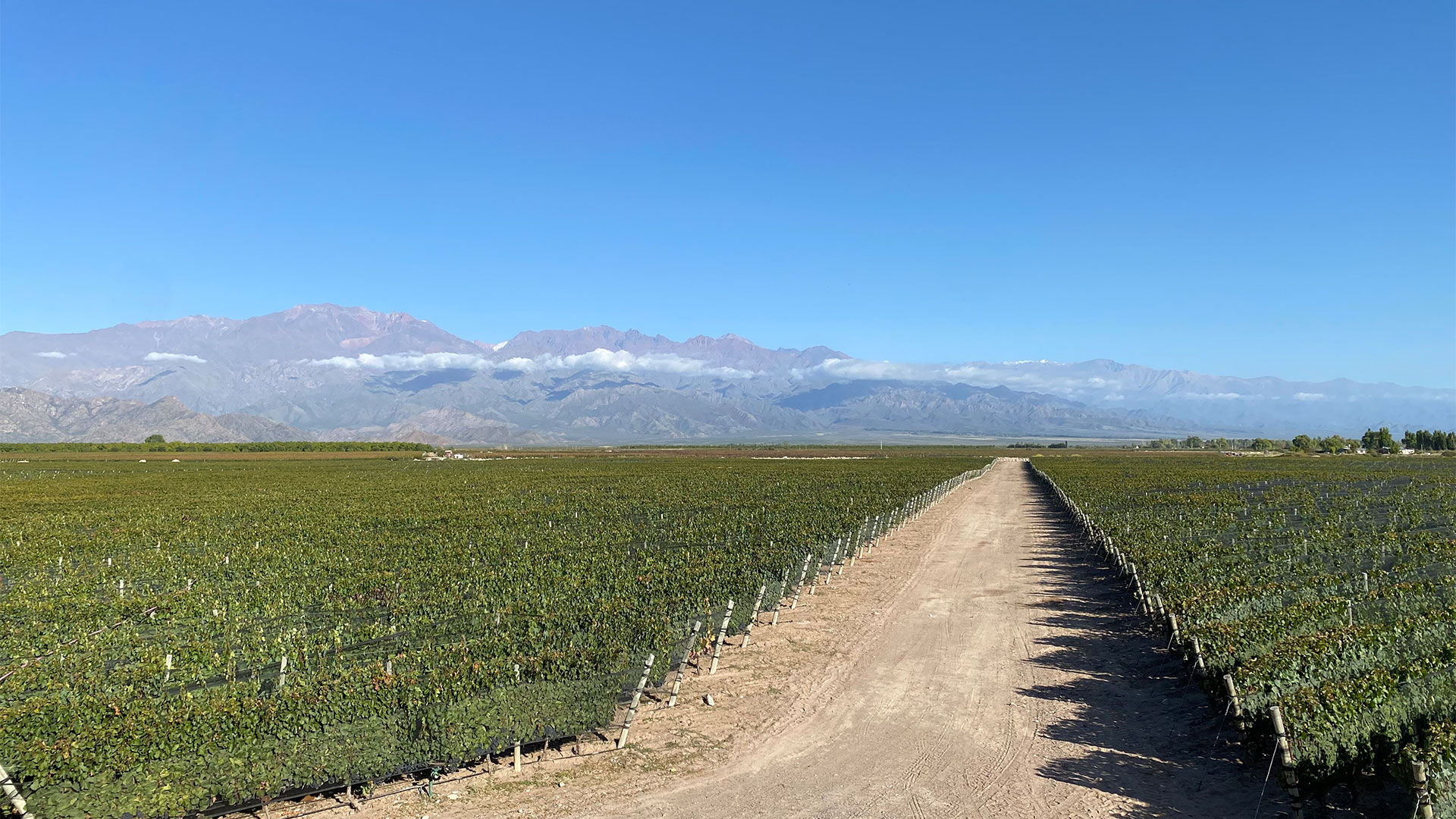 A grape plantation in Mendoza, one of the affected “regional agricultures”. The same province is a large producer of garlic, the main loser

Not all agriculture is the same.

The increase in the international price of cereals and oilseeds is good news for the country, but they are obtained mainly from the Pampean region and Northwest Argentina (NOA). Most of the typical agricultural products of other regions did not have the same fate, underlines a study by the economist George Dayfrom Ieral Mendoza, which specifies that from 2017 to the present, while the export price of soybeans rose 74%, products such as pears, yerba mate, lemon, chickpeas and garlic registered price drops of between 15 and 50 percent.

The problem is exacerbated, says the study, by the very high gap between a delayed official exchange rate and alternative prices that have skyrocketed in the last month and have made costs such as transportation and fertilizers more expensive for regional economies.

“The reality is that the country is cheap in financial and blue dollars, but in official dollars it is becoming more expensive, complicating non-Pampas agricultural exporters. The loss of competitiveness is beginning to affect regional economies, but so far only incentives have been announced for soybean producers, since the international price of this type of commodity has been much more favorable,” Day wrote.

Regarding the “soybean dollar” announced by the Government but not yet implemented by the Central Bank and proposals such as the “oil dollar”, an initiative of the national deputies for Chubut Ignacio Torres and Matías Taccetta, that representatives of the hydrocarbon provinces grouped in Ofephi (Federal Organization of Hydrocarbon Producing States) intend to discuss next week, on the occasion of the “Oil & Gas Patagonia” event, Reyes says that the presence of different dollars is nonsense, because among other things it encourages “rollers” or maneuvers, stimulates greater informality and ends up generating import restrictions. 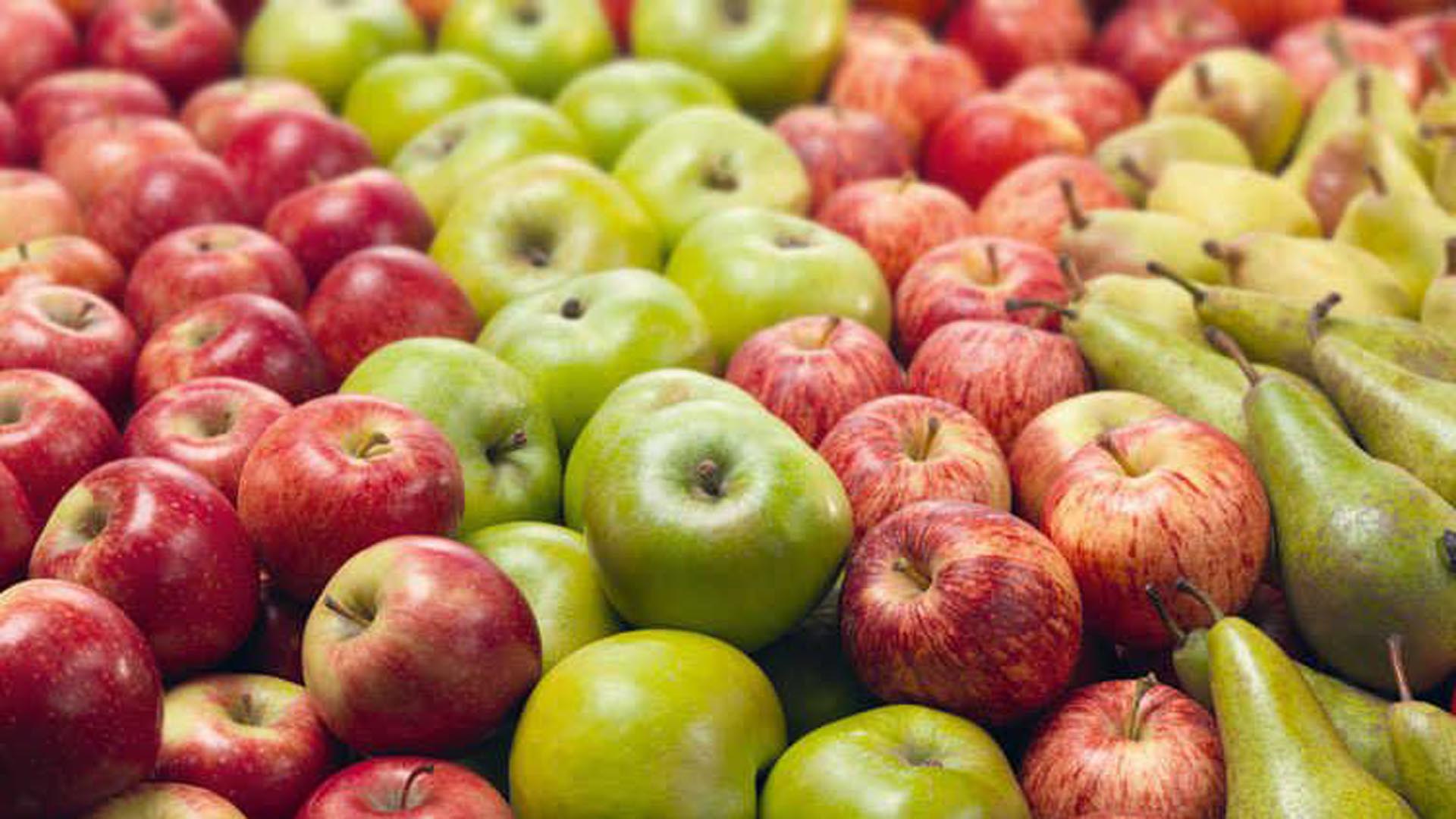 Apples and pears, two of the regional agricultural products that lost competitiveness

However, he clarifies, the economy is in an atypical context and if “dollars” favorable to sectors such as oil and soy are proposed, why not do the same for the much more punished regional economies? Hence the proposal that he synthesized as the “Malbec dollar”, as it includes the grape and the wine sector, but includes several other products, such as peanuts, rice, olive oil, tea, beans and apples, in addition to the already mentioned grapes. , lemon, chickpeas and yerba mate.

During the brief tenure of Silvina Batakis, the government promoted the “soybean dollar” pressured by the shortage of reserves, to accelerate the liquidation of agricultural exports from the Pampas to the Central Bank. But regional producers and exporters have many more problems with the scissor effect of the official dollar’s backwardness, rising costs in dollars and falling prices for their products.

The “Malbec dollar” would also be an answer for other regional products such as garlic, lemon, chickpeas, apples, beans and yerba mate.

Day takes 2017 as a point of reference, when the dollar was still low, before the string of devaluations, and points out that since then the international price of soybeans has increased 74 percent. In turn, he adds, at today’s prices the dollar was $105 in 2017, while today it costs $139. “It has improved a lot,” he acknowledges. “The problem is in the loss of purchasing power in the last 18 months (at today’s prices in October 2020 the dollar was worth $172), better than five years ago, but worsening in the last twenty months. 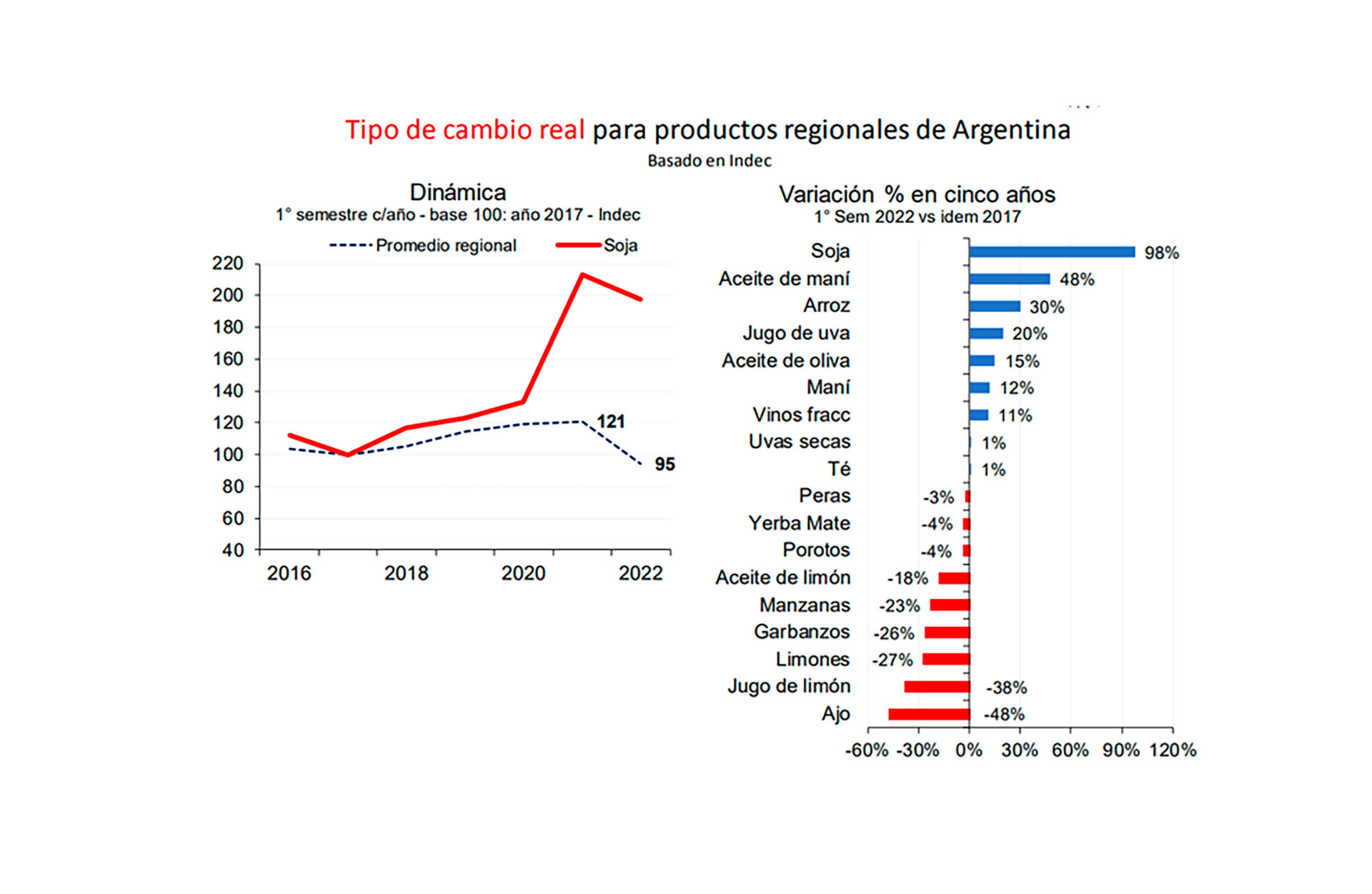 The graph, from the study by Day, compares the evolution of the external competitiveness of soybeans and non-Pampas agricultural products

The researcher combines the dollar and international prices to obtain the “Real Exchange Rate” (RER) for each product and how much its export value yields to the country. The result is that while the RER for soybeans increased 98% in the first half of 2017 and the first half of 2022, that of regional productions lagged far behind. As can be seen in the graph above, peanut oil, rice, grape juice, olive oil, peanuts and fractionated wine had positive variations, between 48 and 11%, but In the same period, the “Real Exchange Rate” of lemon juice and lemons, key for the economy of Tucuman, fell by 36 and 27%, respectively, that of apples lost 23%, that of lemon oil 18%, that of beans and yerba mate 4% and that of pear 3%, while tea and dried grapes came out almost tied: their improvement was only 1 percent.

On average, the improvement for soybeans was almost 100% (red line) while “other agricultural” products lost 5% between 2017 and 2022, basically as a result of the sharp drop in the “Real Exchange Rate” throughout the period. of the last year.

A cheap official dollar implies that Argentine costs in dollars are high and have a negative impact on export competitiveness, and meanwhile costs in “little dollarized” pesos, such as wages, also become more expensive in dollars, something that, says Day, “comes occurring for several months, although not at the levels observed prior to the 2018 crisis. 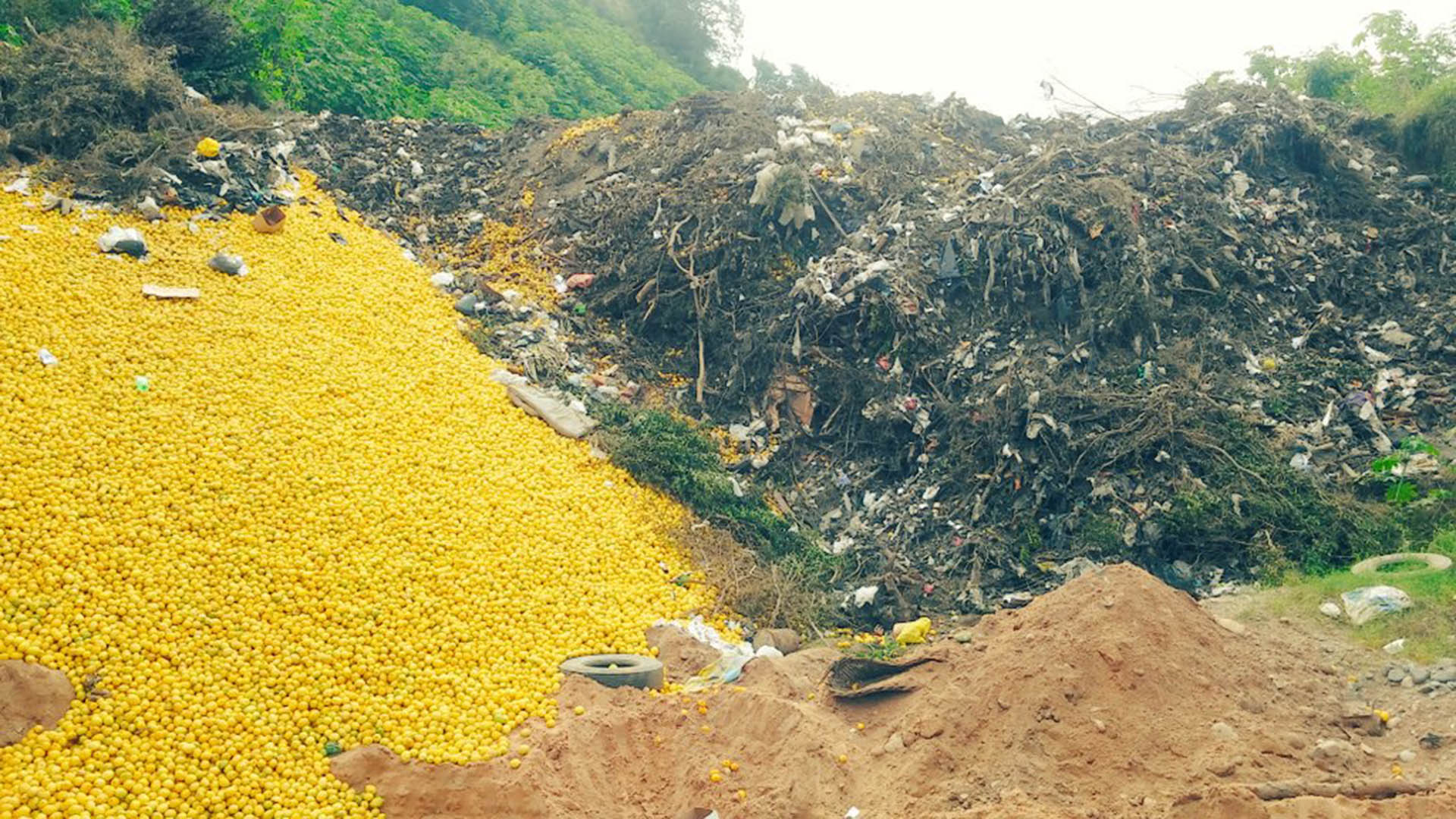 Lemons on the floor in Tucman. It is the product that, after garlic, lost the most competitiveness (@IsaiasCisnero)

But there are also other costs, such as fertilizers, which are dollarized and become more expensive in two ways: the increase in inflation in the US and restrictions on imports, which limit their supply. In the case of fuels, this effect is attenuated, because in Argentina the government fixes them artificially, but that can generate scarcity and shortages, as happened with diesel.

Thinking about the “other agriculture”, Day concludes, a key question is whether the loss of competitiveness will continue in the coming months, not so much influenced by the war in Ukraine as by the microeconomics of each sector, although it can play against them a stronger dollar in the world, which will push its prices further down. At the local level, the risk is that rising inflation will continue to delay the value of the official dollar and further complicate the profitability of regional exporters, a worrying trend that could be mitigated with a “Malbec dollar”.

Do they sell or do they not sell?: Farmers marketed 80 million tons and it could be the record year in history
Renting, mission impossible: for 3 rooms in Buenos Aires you already have to pay about $100,000 per month
Grandma’s aprons: an entrepreneur started a textile business with $50,000 and bills millions
The rise of the free dollar made the costs to build in private neighborhoods more attractive