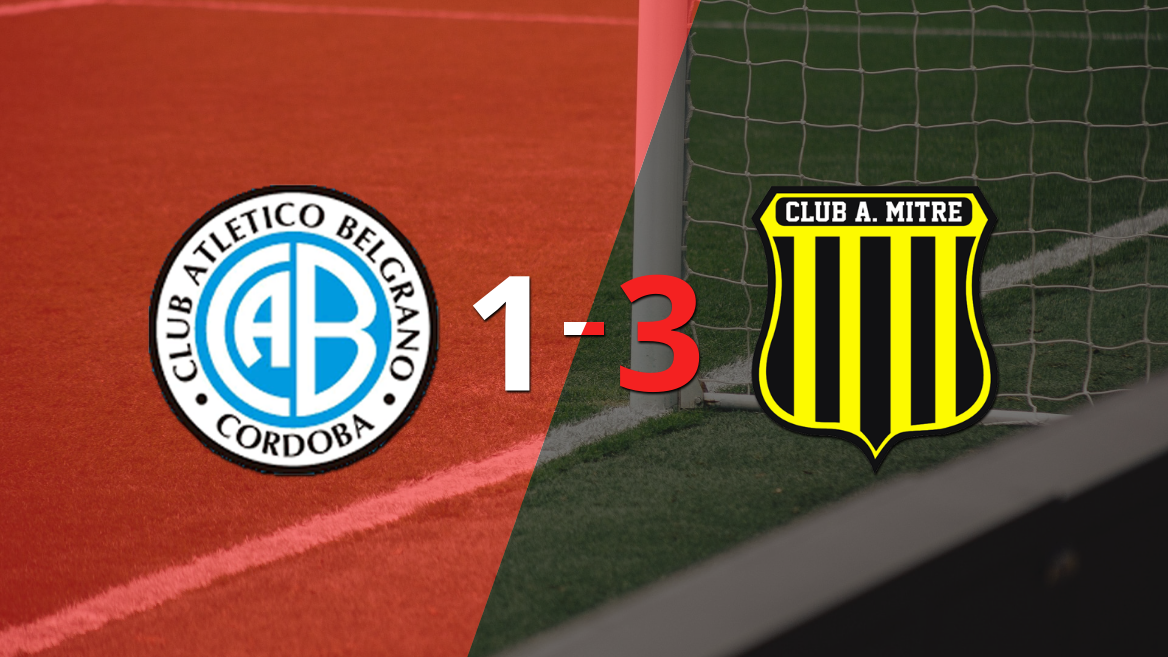 This Sunday, Miter (SE) thrashed Belgrano 3-1 as a visitor in a great match on date 28 of the Argentina – Primera Nacional 2022 tournament. The goal of the match for the local team was scored by Maximiliano Comba (36′ 2T). While the away goals were scored by David Romero Neyra (4′ 1T), Cristian Díaz (39′ 1T) and Santiago Rosales (27′ 2T, penalty).

The figure of the match was David Romero Neyra. The striker from Miter (SE) showed his best level by scoring 1 goal.

Cristian Díaz was also relevant. The defender from Miter (SE) was important for converting 1 goal.

For their part, those chosen by Pablo Ricchetti took to the field of play with a 4-3-3 scheme with Rodrigo Lugo under the three sticks; Cristian Díaz, Rodrigo Tapia, Lucas Landa and Maximiliano Martínez in defense; Matías Sánchez, Juan Alesandroni and Daniel González in midfield; and Facundo Juárez, David Romero Neyra and Santiago Rosales up front.

The judge chosen to direct the match at Gigante de Alberdi was Mario Ejarque.

For the following date, Belgrano will act as a visitor against Sacachispas and Miter (SE) will receive Villa Dálmine.

With this result, the host accumulates 56 points throughout the contest and occupies the top of the table. For its part, the visit adds 33 units and is located in the twentieth place.