Minister Jose Luis Gavidia would have made excessive expenses of the petty cash of up to S / 1,250 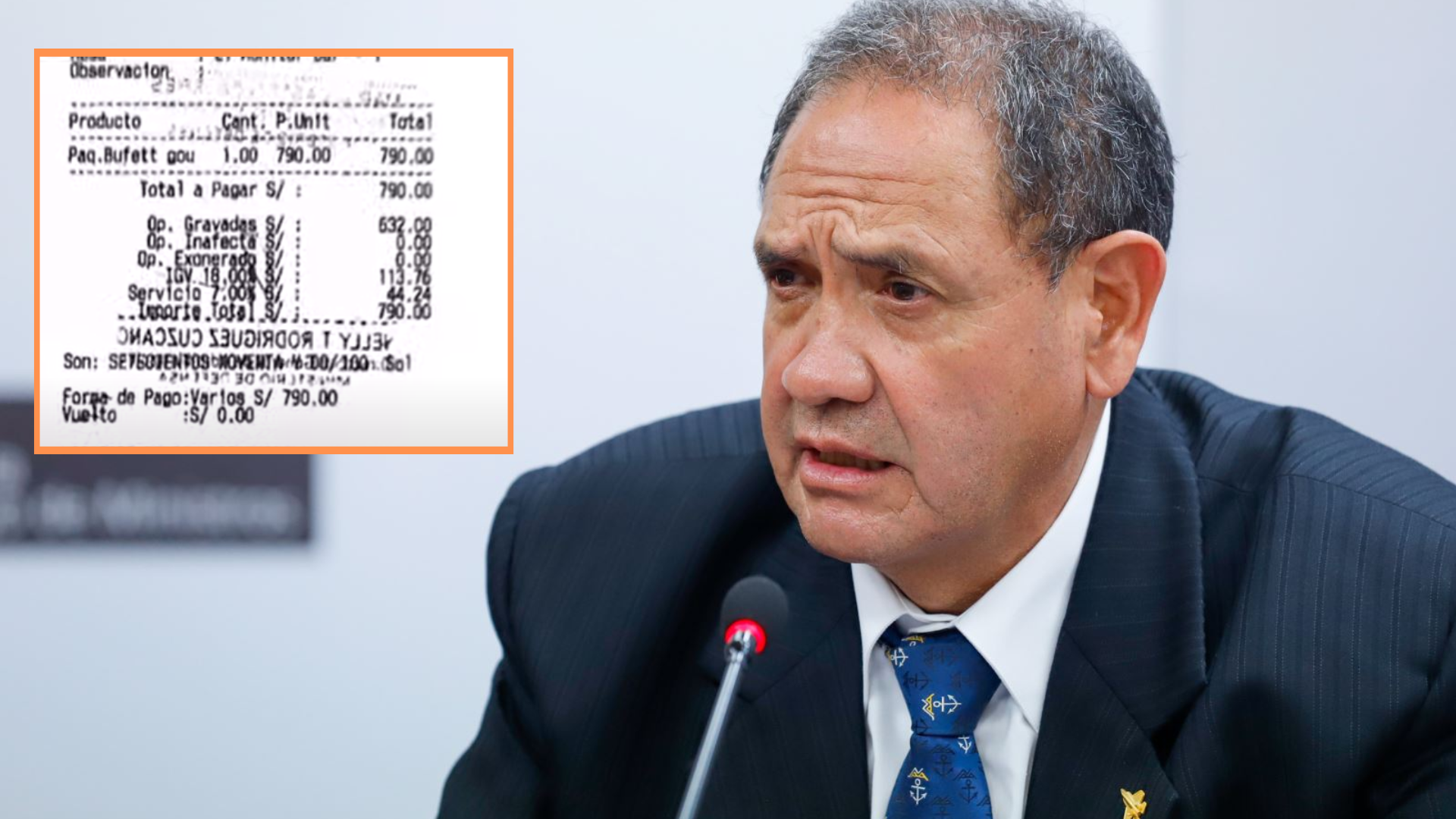 Minister Jose Luis Gavidia would have made excessive expenses of the petty cash of up to S / 1,250. Photo: Composition Infobae

Defense Minister, Joseph Louis Gavidia, would have made expenses for luxurious lunches in different restaurants in Limawhich harm the petty cash of the Mindefaccording to the journalistic report issued in Punto Final.

In the report presented on March 31 at the Naval Center of Peru, Gavidia had a work dinner between officials of the top management of the Mindef and high command of the Armed forces. The creole buffet it cost S/ 1,250 for 10 people. This would not have been the only expense made by the petty cash, on April 11 it was arranged S/ 790 for another buffet, but the reasons for the meeting were not specified.

On June 6, the holder of the portfolio consigned a working lunch with the general secretary of the Mindef. However, at this meeting only a plate of grilled sole with salad, yuccas and a jar of purple chicha is ordered for the amount of S/ 65.

On the other hand, on June 2, Gavidia would have a working lunch at the Círculo Militar restaurant, where S/ 45 was spent. However, that same day the minister was on a trip to Amazonas. The Ministry of Defense reported that his flight was delayed and the meeting did not take place, which is why his lunch was turned into dinner.

Likewise, there are payment slips for the amount of S/ 41.90 in mille-feuille, another of S/ 452.50 at the El Hornero restaurant, as was also verified the payment of S / 83 at Longhorn. Given this, the General of the Republic of Peru asks officials to have “criterion of austerity and rationality, being responsible for the unjustified use or disbursement that they authorize”.

The rule allows a holder of the ministerial portfolio to use amounts from public funds for the acquisition of immediate non-programmed products. Only for justified reasons that require a greater amount will be up to a maximum of 90% of the ITU.

In July of this year, it was revealed that José Luis Gavidia had irregularly used an official trip to Huánuco on a family outing last March. There he was going to carry out a series of activities for the inauguration of the school year, but he ended up staying a few more days. In the list of people, the record of the minister’s daughters was found to attend an official activity without them being officials.

Before the issuance of the report, the Institutional Control body assigned officials to collect information about petty cash expenses. “I am pleased to address you in relation to the regulations in reference a) and b), in order to inform you that this Institutional Control Body arranged to carry out an information collection service to petty cash expenses for the period between the months of July 2021 to July 2022″, reads the letter. 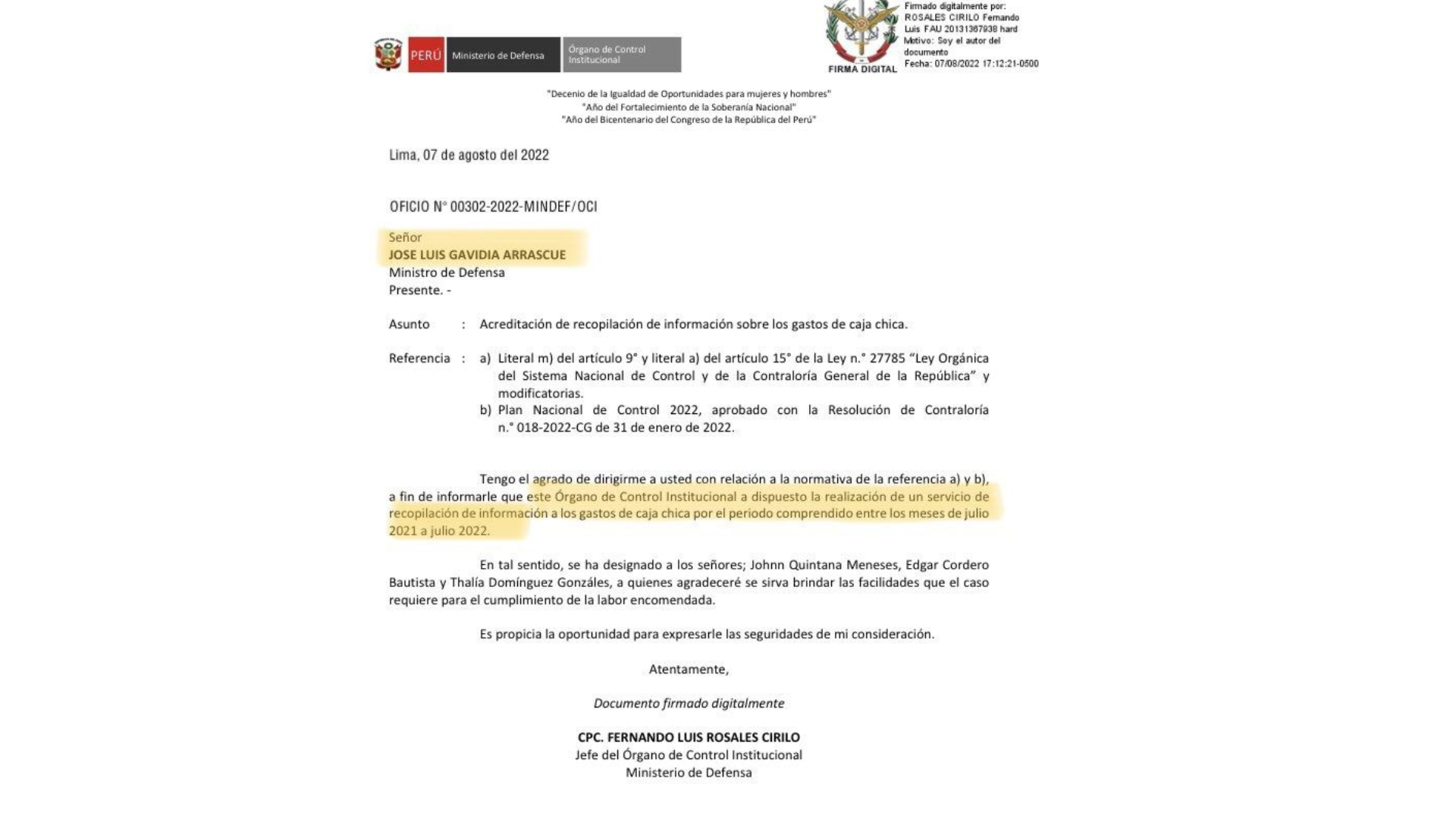 Statement from the Ministry of Defense.