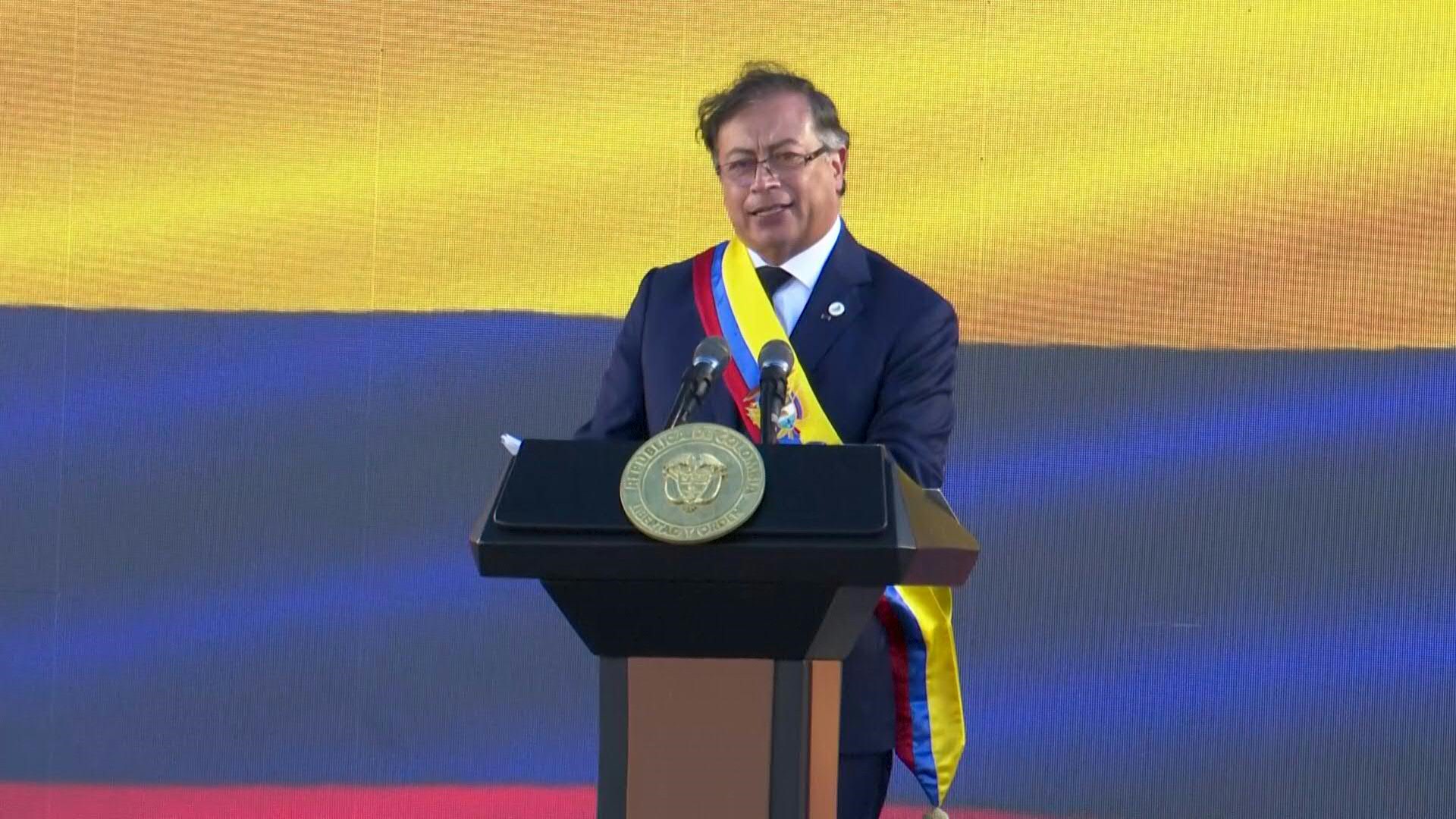 Gustavo Petro took office on Sunday as Colombia’s first left-wing president, proposing new peace agreements with the armed groups that finance themselves from drug trafficking and the end of the “war on drugs” that he considers a failure.

Update with Maduro’s reaction ///Bogotá, Aug 8, 2022 (AFP) – Gustavo Petro took office this Sunday as Colombia’s first leftist president, proposing new peace agreements with the armed groups that finance themselves from drug trafficking and the end of the ” war on drugs” that he considers a failure. In his first speech as head of state, the 62-year-old former senator and former guerrilla outlined profound changes for this country of 50 million inhabitants, plagued by inequality, the economic lags of the pandemic and violence cyclical of more than 60 years. “It is time for change (…) Today begins the Colombia of the possible. We are here against all odds, against a history that said we were never going to govern, against the usual, against the who did not want to let go of power,” he stressed. With the assumption of Petro, Colombia enters for the first time in the orbit of the left in the region that could be consolidated with the probable victory of Lula in Brazil. Before hundreds of thousands of people c Ongregated in the Plaza de Bolívar, in the center of Bogotá, and nine invited presidents, Petro promised to “achieve true and definitive peace” in his four years in office. In that sense, he said that he will comply with what was agreed with the FARC, the guerrilla that signed peace in 2016 to become a political party, and offered criminal benefits to groups that remain in arms if they renounce violence. “We call (…) all the armed to lay down their weapons in the nebulae of the past. To accept legal benefits in exchange for peace,” he said. However, he did not specify whether his offer implies a reduction in sentences or alternative sanctions to jail as agreed with the dissolved Revolutionary Armed Forces of Colombia (FARC). – Anti-drug failure – Several organizations remain armed, such as the National Liberation Army, recognized as the last guerrilla in the country, the dissidents that did not accept the peace pact and the Clan del Golfo, the largest drug trafficking gang. are fed by the income from cocaine, have separately stated their intention to dialogue with the new government. Petro also sent a veiled message to the United States by proposing the end of the “failed war on drugs” that Washington has encouraged for four decades. “It’s time for a new international convention that accepts that the war on drugs has failed,” said the leftist president of the country with the world’s largest cocaine production. Petro proposed changing “failure to success” and moving from persecution of “a policy of strong prevention of consumption in developed societies”. – The sword of controversy – Wearing a blue suit and black tie, Petro swore in the environmentalist Francia Márquez as the first Afro-descendant vice president of Colombia. He then ordered the sword of independence hero Simón Bolívar to be brought from the presidential headquarters. he refused to give it up for the investiture ceremony. The sword was the founding symbol of the M-19, the guerrilla in which Petro was a member until 1990 and which was stolen by that organization in 1974 and returned with the signing of peace. Petro began his government with a battery of reforms in mind and the expectations on the back of half the country that voted for him in the ballot on June 19. To do this, he put together a cabinet of diverse tendencies, with women at the head of several portfolios. On Monday, the government will present the first project to Congress, where it has majorities, to finance its social plans by raising taxes on the rich. “The taxes will not be confiscatory, they will simply be fair, in a country that must recognize the enormous social inequality in which we live as an aberration,” Petro anticipated.- Resources for the Amazon – On the international front, Petro has already announced that it will reactivate relations diplomatic and commercial relations with the government of Venezuela, broken since 2019. From Caracas, President Nicolás Maduro greeted the new president and said that he is willing to “rebuild brotherhood on the basis of respect and love between peoples.” For now, Petro said that he will focus on the fight against the climate crisis, for which he proposed creating an international fund to protect the Colombian Amazon, plagued by deforestation. “Where is the global fund to save the Amazon rainforest? (…) We can convert the entire population that today inhabits the Colombian Amazon into a population that cares for the jungle,” he said. He also proposed to the international community “exchange external debt for internal expenses to save and recover our forests. “Reduce the external debt and we will spend the surplus on saving human life. [Fondo Monetario Internacional] help to exchange debt for concrete action against the climate crisis, we will have a prosperous new economy and a new life for humanity,” he said.bur-vel/gm —————– ——————————————–