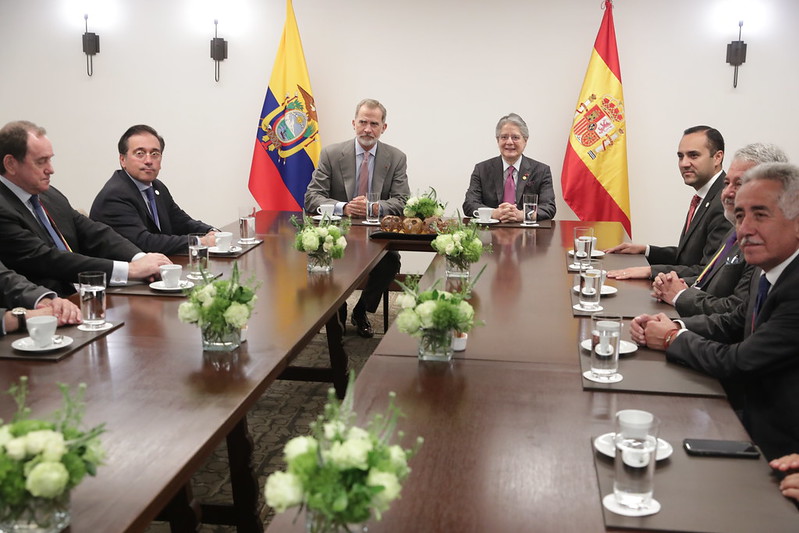 The President of Ecuador, Mr. Guillermo Lasso Mendoza held a working meeting with the King of Spain, Felipe VI, in the framework of the presidential change of command in Colombia. (Photo: Presidency of Ecuador).

The president of Ecuador, William lassohas assured that he is advancing with the dialogues for the elimination of the Schengen Visa for Ecuadorians, as he told it after a meeting that the president held with the King of Spain, Felipe VI.

The meeting took place on Sunday, in Bogotá. Both heads of state attended the inauguration ceremony Gustavo Petro, who assumed the Presidency of Colombia. At the meeting, Lasso and King Felipe VI addressed issues of bilateral interest, mainly related to the access and circulation of Ecuadorians in the European Union (EU).

“We have touched on issues related to bilateral relations and the support that we have always offered from Spain on issues of interest to Ecuador in the European Community. Now, specifically, the elimination of the Schengen Visa for Ecuadorians,” Lasso told EFE. The meeting lasted about half an hour, according to the international agency.

Lasso also said that the King of Spain was “very receptive” and “very warm and very affectionate with Ecuador” and that he would have shown his commitment to supporting Ecuador. The Ecuadorian president told EFE that the dialogues for the elimination of the visa “are advancing in their regular process” and assured that the support of Felipe VI is important. 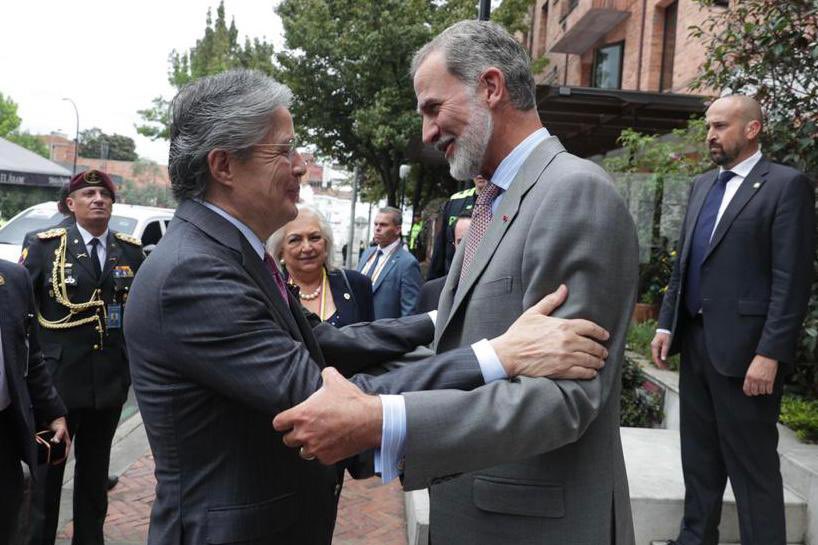 The President of Ecuador, Guillermo Lasso, and the King of Spain, Felipe VI, held a working meeting in Colombia. (Photo: Ecuador Presidency).

From the government of Lenín Moreno, predecessor of Guillermo Lasso, Ecuador seeks to eliminate the Schengen visa for citizens of that country. The Lasso administration hopes that the Council and the European Parliament will analyze Ecuador’s request in one of their debates in the following year.

The Ecuadorian situation and the conflicts in Europe have generated that Ecuador’s request is not addressed.

In an interview with the digital media First fruitsThe chancellor Juan Carlos Holguin He noted that the country has worked to meet some requirements prior to visa exemption. For example, the government has implemented a biometric passport and has facilitated the readmission of Ecuadorians who have wanted to leave the European Union. The foreign minister assured that they have “held high-level meetings with the European Council and with several members of the European Parliament, so that they examine the proposal and make a decision as soon as possible.”

Even the MEP, Castle Pillarmade public on his Twitter account, on July 24, that in the European Parliament they work “with determination Schengen visa exemption citizens of Ecuador”.

The Schengen visa is key to visiting Europe

The Schengen visa is a document that allows foreigners to circulate within the Schengen Area. This space is made up of 26 European countries that “have agreed to allow the free movement of their citizens within this Space as a single country”as explained on the official visa website.

Most European countries are within the Schengen Area, except the United Kingdom and countries such as Romania, Bulgaria, Croatia, Cyprus and Ireland, “which will soon be part of the agreement.” The official website indicates that “there are countries that are not part of the European Union, such as Norway, Iceland, Switzerland and Liechtenstein” that belong to the Schengen Area and where the free movement policy is also accepted.

Countries like Argentina, El Salvador, Colombia, Brazil, Panama, Chile, among others, they do not need a Schengen visa to go to Europe. Nevertheless, Ecuador and Boliviathey do need authorization to circulate.

Those who can enter the Schengen Area will not be able to stay for more than 90 days at their destination. The official website of the visa highlights that the traveler “must bear in mind that the fact of being able to obtain a Schengen visa to enter and reside for a certain time in a Schengen Area does not apply to working or studying in that country.”

Ecuador: the police rescued eight children who were exploited for labor by their mother in Guayaquil
The King of Spain arrived in Bogotá to attend the investiture of Gustavo Petro