Aucas and Quito League matched 1 to 1 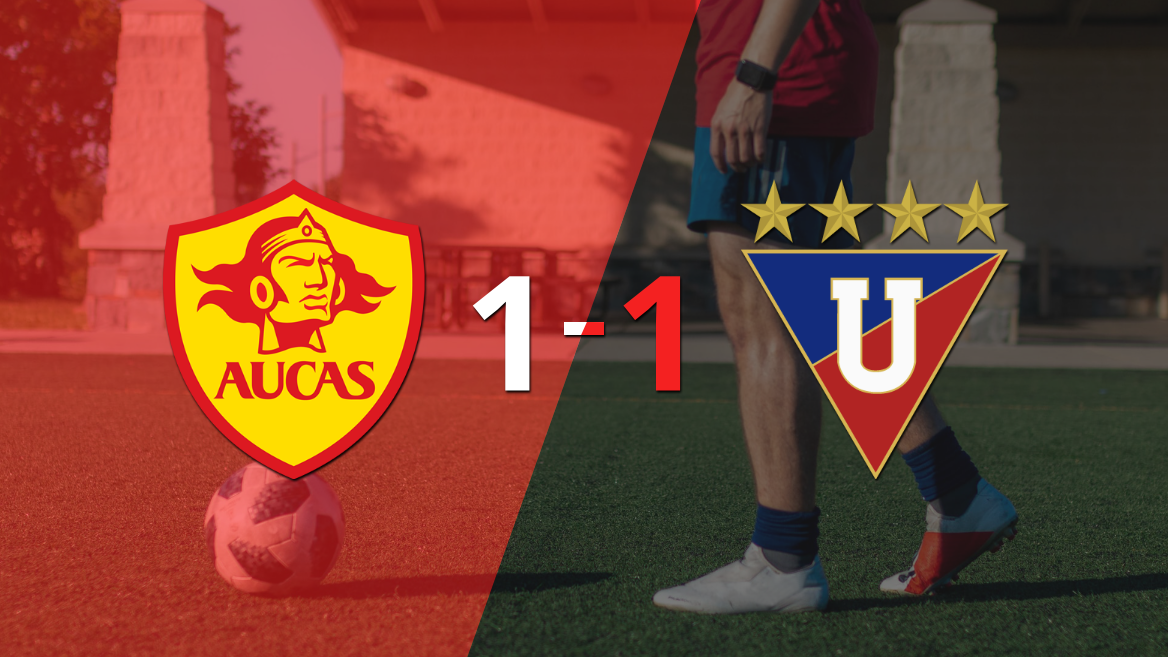 The match held this Sunday between Aucas and LDU Quito, ended with a draw between both contenders.

The locals began winning with a goal from Roberto Ordóñez in the 31st minute of the first half, while the visitor leveled the game through Danny Luna in the final minutes of the game.

Danny Luna was the figure of the match. The Liga de Quito midfielder was the author of 1 goal and finished off the goal 2 times.

With a dirty game, the match played between both teams stood out. There were a large number of cautioned: Ricardo Adé, Alexander Domínguez, Maximiliano Cuberas, Carlos Cuero, Roberto Ordóñez, Víctor Figueroa and Sergio López.

For their part, those led by Maximiliano Cuberas stopped with a 5-4-1 scheme with Alexander Domínguez under the three sticks; José Quintero, Franklin Guerra, Moisés Corozo, Zaid Romero and Luis Ayala in defense; Michael Hoyos, Ezequiel Piovi, Sebastían González and Alexander Alvarado in midfield; and Tomás Molina in the lead.

The judge selected for the match at the Caldera del Sur was Franklin Congo Viteri.

Aucas will receive October 9 on the next day. Likewise, LDU Quito will play at home against Emelec.