At home, U. Católica (E) lost 2-0 against Deportivo Cuenca 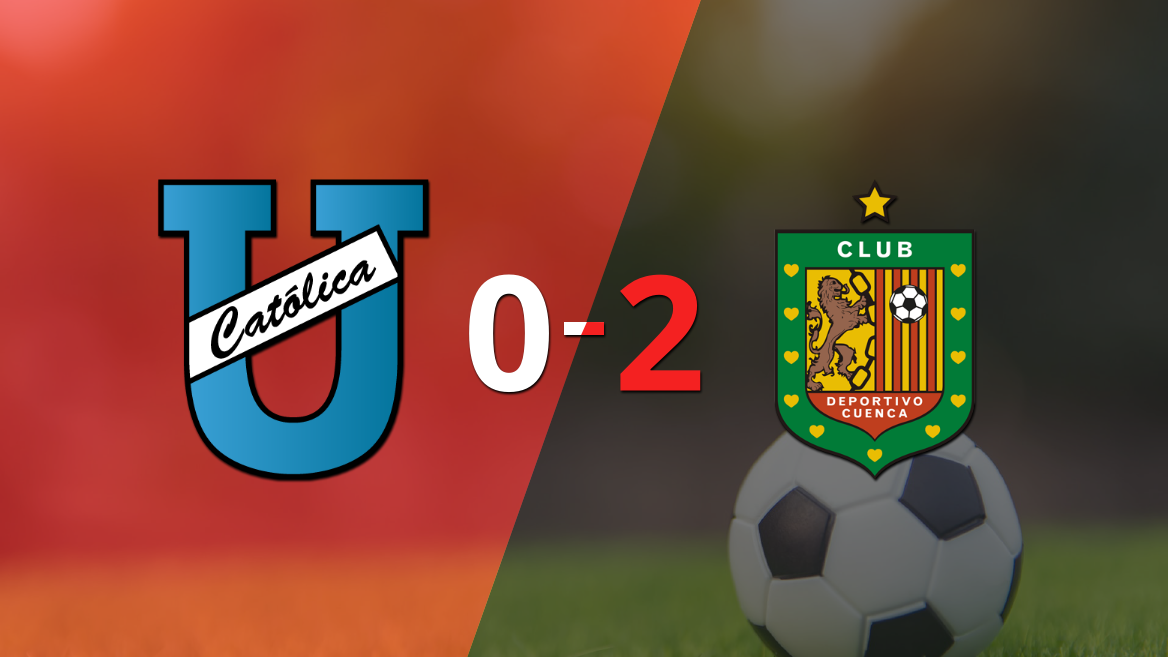 On date 5 of the Ecuador Tournament – LigaPro Betcris 2022, D. Cuenca left the local team without reaction, which was left empty-handed in their own home. The goals for the visitor were made by Mateo Zambrano (5′ 1T) and Marco Montaño (29′ 2T).

The best player of the match was Hamilton Piedra. Deportivo Cuenca’s goalkeeper stood out by saving 7 shots.

Due to the number of fouls committed, the match was constantly interrupted. There were a large number of cautioned: Francisco Mera, Yúber Mosquera, Tomson Minda, Marco Montaño, Ismael Díaz and Gregori Anangonó.

For its part, Gabriel Schürrer’s team took the field with a 4-4-2 scheme with Hamilton Piedra under the three posts; Marco Montaño, Bruno Duarte, Agustín García Basso and Bryan Rivera in defense; Francisco Mera, Ronny Biojo, Rodrigo Melo and Mateo Zambrano in midfield; and Lucas Colitto and Jalmar Almeida up front.

Referee Bryan Loayza Salazar was in charge of supervising the game at the Coloso de El Batán.

On the following date, U.Católica will face Barcelona as a visitor, while D. Cuenca will play at home against Delfín.