Antigua GFC showed no mercy and thrashed 3-0 in their visit to Santa Lucía C. 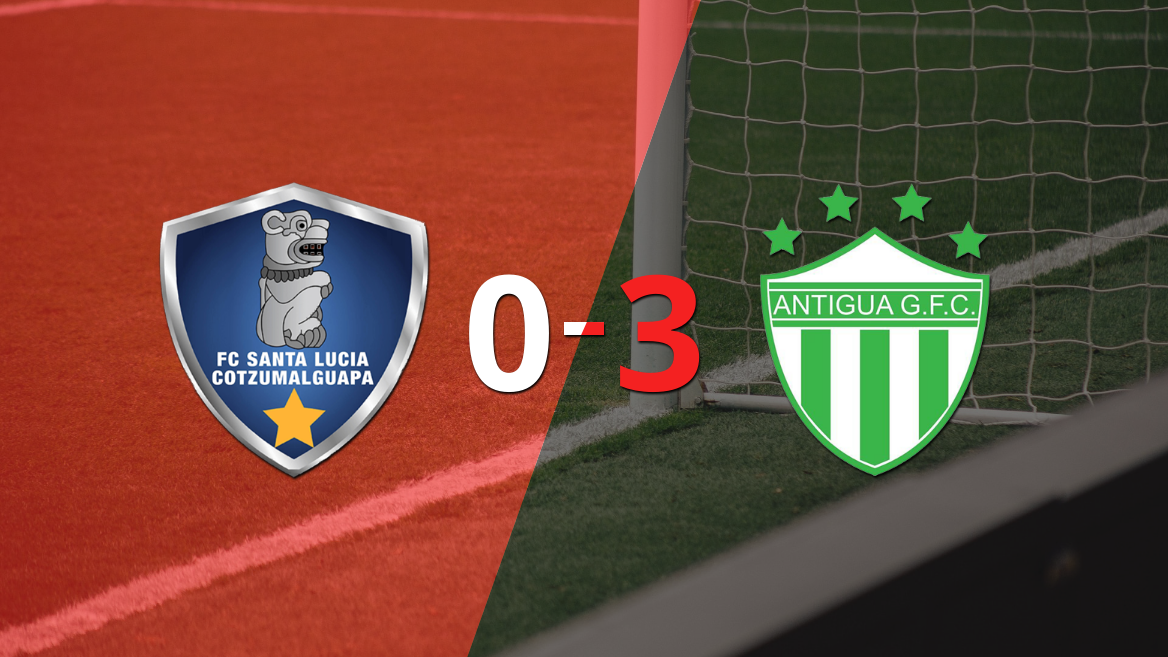 A convincing 3 to 0 of Antigua GFC over Santa Lucía C. at the Estadio Municipal Santa Lucia stadium, allowed the visit to add 3 points this Sunday. The goals for the visitor were made by José Ardón (37′ 1T), Lucas Gómez (16′ 2T) and Dewinder Bradley (41′ 2T).

The figure of the match was José Ardón. The Antigua GFC defender was important for scoring 1 goal.

The meeting had several cautioned: Kener Lemus, Rodrigo Herrera, Ignacio Talavera, Lucas Gómez and Matías Tatangelo. He was expelled for a straight red, Emerson Cabrera in the 50th minute of the second half.

For their part, those chosen by Ramiro Cepeda took to the field of play with a 4-4-2 scheme with Víctor Ayala under the three sticks; Cristian Jiménez, Alexander Robinson, José Mena and José Ardón in defense; Carlos Mejía, Oscar Castellanos, Cristian Hernández and Bruno Giménez in midfield; and Lucas Gómez and Vidal Paz up front.

The judge chosen to direct the match at the Estadio Municipal Santa Lucia stadium was Mario Escobar Toca.

For the following date, Santa Lucía C. will act as a visitor against Malacateco and Antigua GFC will receive Municipal.

With this result, the host accumulates 4 points throughout the contest and ranks fifth. For its part, the visit adds 7 units and is located in second place.