With two goals, At. Nacional defeated Alianza Petrolera at home 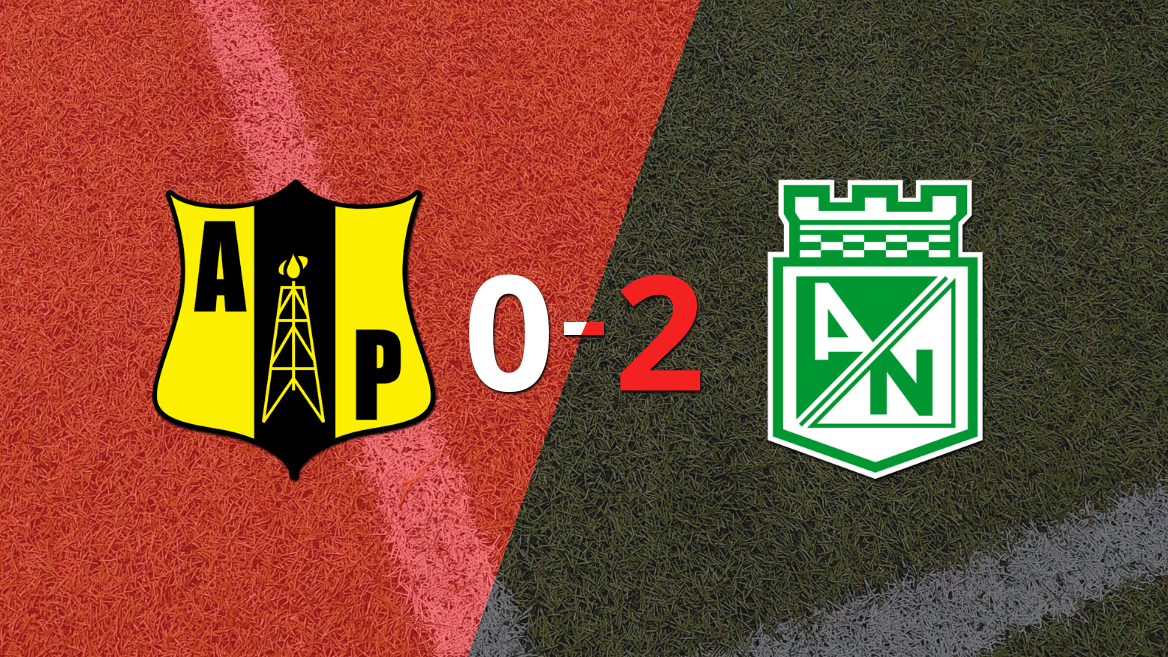 This Saturday, the Verde beat the Aurinegros 0-2 as a visitor, in a match for date 6 of the Colombia – Liga Betplay II 2022 tournament. The goals for the visitor were made by Yeison Guzmán (10′ 2T, free kick) and Jéfferson Duque (50′ 2T).

A highlight of the match was Jéfferson Duque’s goal in the 50th minute of the second half. The forward took a tremendous shot from the semicircle, after receiving an assist from Yeison Guzmán. The ball entered the right post right and down.

The figure of the meeting was Kevin Mier. The archer of At. Nacional had a great performance against Alianza Petrolera because he saved 13 shots.

Yeison Guzmán was also key in the Daniel Villa Zapata stadium. The steering wheel of At. Nacional stood out against Alianza Petrolera as he scored 1 goal and made 17 correct passes.

At 3 minutes into the first half, Alianza Petrolera midfielder Harrison Mojica made a fool of Dorlan Pabón, striker of At. National.

It was a closely contested match with fouls from both sides. There were several cautioned: Carlos Pérez, Santiago Orozco, Royscer Colpa and Efraín Navarro.

The coach of A. Petrolera, Hubert Bodhert, arranged a 4-5-1 formation on the field with Juan Arturo in goal; Efraín Navarro, Richard Renteria, Carlos Pérez and Leonardo Saldaña in the defensive line; Santiago Orozco, Royscer Colpa, Kevin Londoño, Harrison Mojica and Estéfano Arango in the middle; and Pablo Bueno in attack.

For their part, those led by Hernán Herrera stood with a 4-3-3 strategy with Kevin Mier under the three sticks; Andrés Román, Emanuel Olivera, Cristian Castro Devenish and Álvaro Angulo in defense; Jarlan Barrera, Jhon Duque and Andrés Andrade in midfield; and Dorlan Pabón, Jéfferson Duque and Daniel Mantilla up front.

The appointed referee for the match was John Hinestroza Romaña.

The Aurinegros will visit Cortuluá on the next day, while the Verde will host Envigado at the Atanasio Girardot stadium.

The local is in tenth place with 7 points, while the visitor reached 8 units and is in fifth place in the tournament.