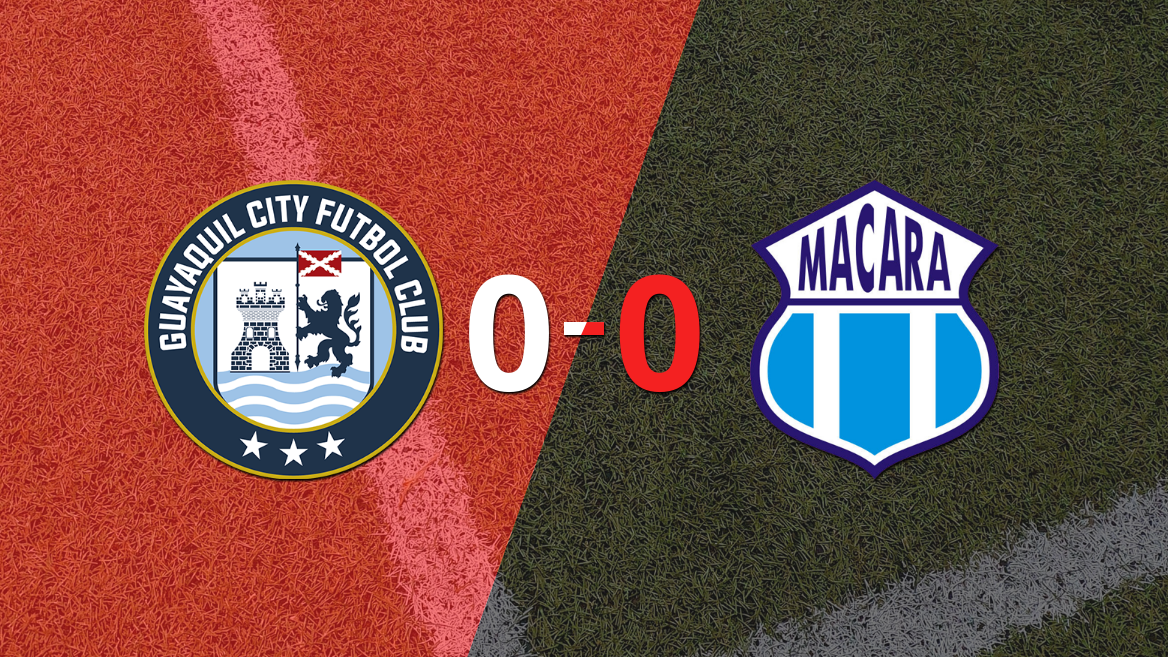 Guayaquil City and Macará failed to open the scoring in the match corresponding to date 5, played this Saturday at Chucho Benítez.

The figure of the meeting was Gonzalo Valle. The Guayaquil City goalkeeper had a great performance against Macará because he saved 4 shots.

On the other hand, Álvaro Cazula was key. The Macará defender was important because he cleared 2 dangerous balls.

With many fouls, it was an intense game with many interruptions on the pitch. There were several cautioned: Pablo Mancilla, Cristopher Angulo, Jean Peña, Esnáider Cabezas and Angel Quiñónez.

The coach of Guayaquil City, Pool Gavilánez, arranged a 4-3-3 formation on the field with Gonzalo Valle in goal; Klebinho, Esnáider Cabezas, Jairo Jiménez and Roger Arias in the defensive line; Jean Humanante, Jordan Rezabala and Kevin Sambonino in the middle; and Renato César, Miguel Parrales and Adolfo Muñoz in attack.

For their part, those led by Marcelo Fleitas stood with a 4-4-2 strategy with Johan Padilla under the three sticks; Pablo Mancilla, Álvaro Cazula, Jean Peña and José Hernández in defense; Janpol Morales, Luis Arce, Stalin Caicedo and Cristopher Angulo in midfield; and Jefferson Arce and Luis Fabián Mina up front.

The match at Chucho Benítez was directed by referee Roberto Sánchez Rodríguez.

For the next date, Guayaquil City will visit a University Technician. On the other hand, Macará will visit Cumbayá FC.