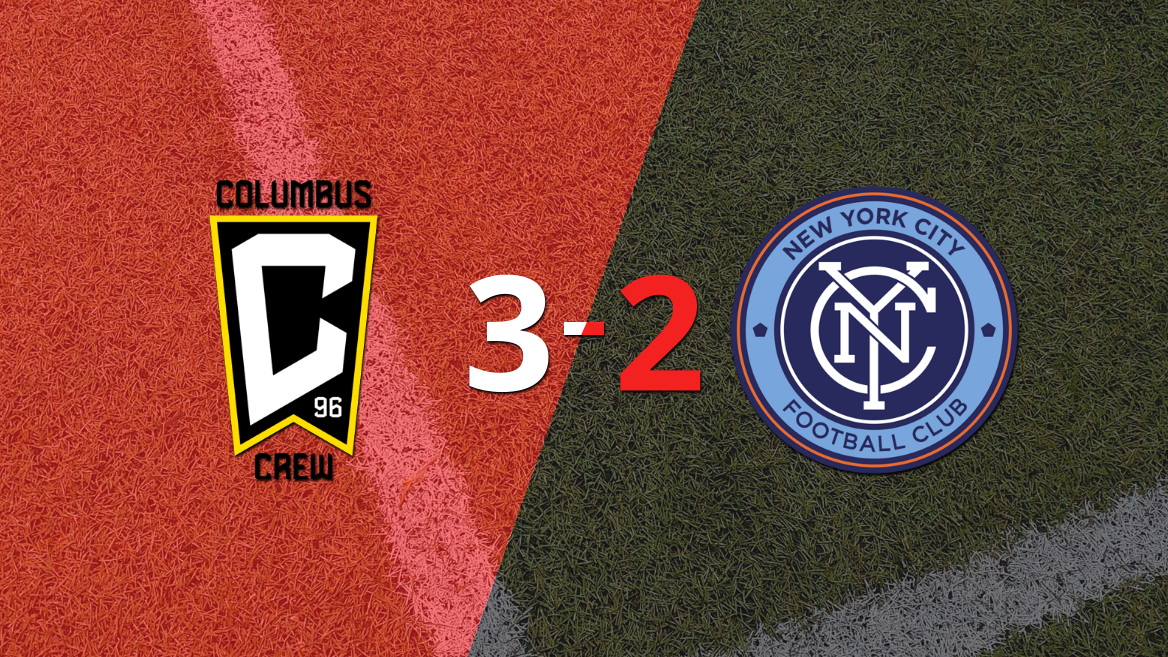 Cucho Hernández crashed a shot into the post and missed the opportunity to increase the difference in the 42nd minute of the first half.

The figure of the meeting was Lucas Zelarayán. The Columbus Crew SC midfielder stood out against New York City FC as he scored 2 goals and kicked 7 times on goal.

Another of the key players at Lower.com Field was Cucho Hernández. The Columbus Crew SC forward converted 1 goal and shot 5 times on goal against New York City FC.

With some infractions and constant pauses, the match played between both teams was lived. There were a large number of cautioned: Jonathan Mensah, Santiago Rodríguez, Luis Díaz, Alfredo Morales, Derrick Etienne Jr., Anton Tinnerholm and Malte Amundsen.

Columbus coach Caleb Porter set up a 4-5-1 formation on the field with Eloy Room on goal; Steven Moreira, Jonathan Mensah, Milos Degenek and Pedro Santos on the defensive line; Darlington Nagbe, Artur, Luis Díaz, Lucas Zelarayán and Derrick Etienne Jr. in the middle; and Cucho Hernández in the attack.

For their part, those led by Nick Cushing stood with a 4-5-1 strategy with Sean Johnson under the three sticks; Tayvon Gray, Thiago Martins, Alexander Callens and Malte Amundsen on defense; Alfredo Morales, Nicolás Acevedo, Gabriel Pereira, Santiago Rodríguez and Talles Magno in midfield; and Heber Araujo up front.

The game at Lower.com Field was directed by referee Rubiel Vázquez.

For the next date, Columbus will visit Colorado Rapids. On the other hand, NYCFC will visit Inter Miami.