“Here it does not help even the victims of Line 12″: Mexico will send fuel to Cuba as “humanitarian aid” 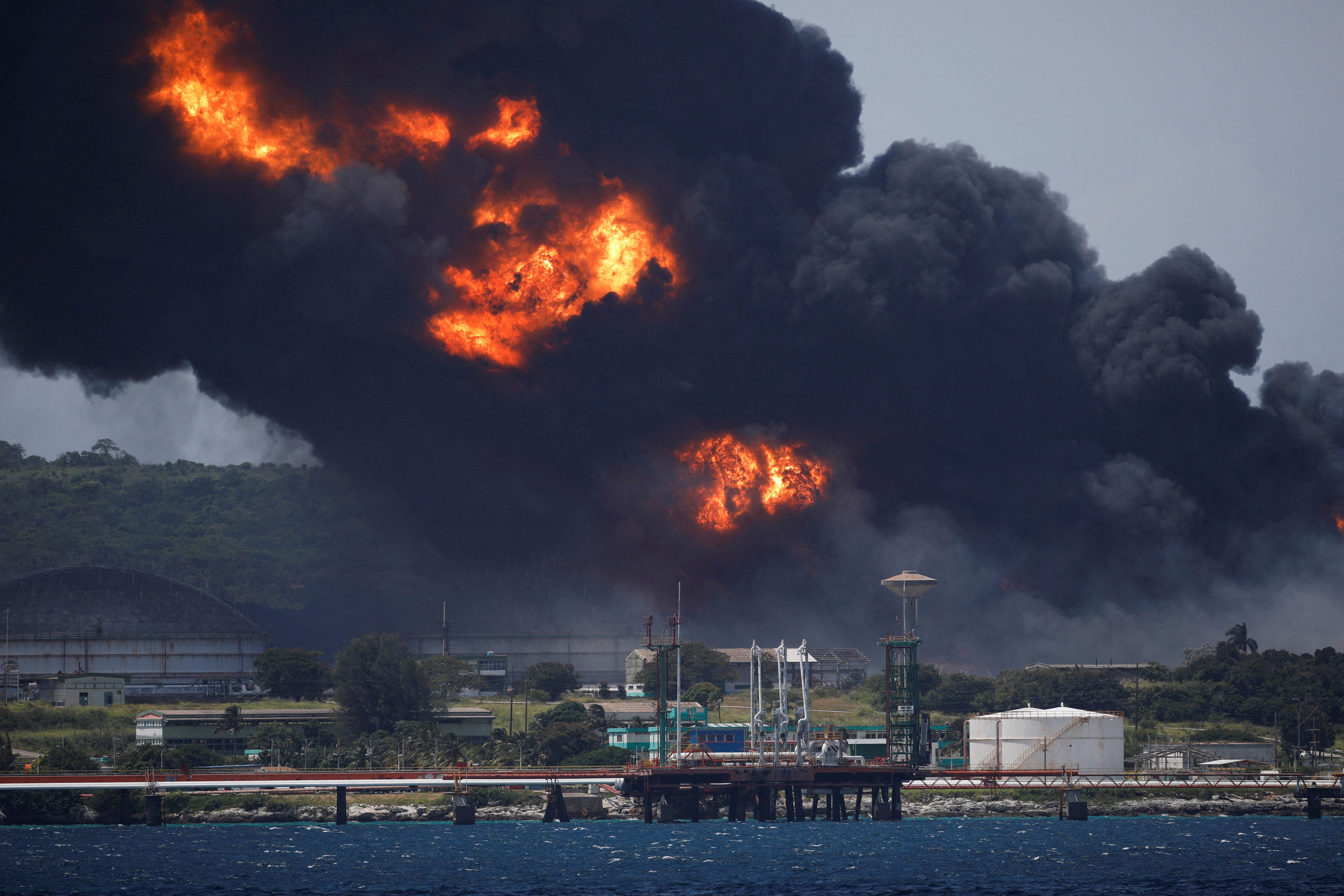 After the explosion of two fuel tanks in the city of Matanzas, in western Cuba, the Mexican government sent humanitarian aid (REUTERS / Alexandre Meneghini / File Photo)

After the explosion in a fuel depot in Matanzas, Cuba, Mexico was the first international delegation to come to provide support in the face of the tragedy, followed by Venezuela. But the help from the government of Andrés Manuel López Obrador (AMLO) has not ended. A senior official in the Mexican energy sector revealed that Through Petróleos Mexicanos (Pemex) a shipment of fuel to the island is being prepared, as “humanitarian aid”.

The amount of fuel that will be sent from Mexico to Cuba has not yet been defined, but the decision has already been made, according to the official. This is the second time that this type of support has been sent from Mexican territory to the island. And it is that in July 2021, a Pemex tanker went to Cuba with shipments of food and some 20 million liters of diesel. President López Obrador said then that it was about the humanitarian aid that he had promised to the island after the protests over the economic crisis experienced due to the pandemic.

Meanwhile, four planes of the Mexican Air Force landed during the night and early morning of this Saturday in Cuba to provide assistance to two oil tank fire which was recorded in an industrial area in the province of Matanzas. Thus, the dictator Miguel Díaz-Canel spoke through his verified account of Twitter to thank the Government of Mexico for the solidarity shown to the Cuban people, as well as for the help they sent through the Mexican Armed Forces. Similarly, the message was also addressed to the governments of Venezuela, Russia, Nicaragua, Argentina and Chile. 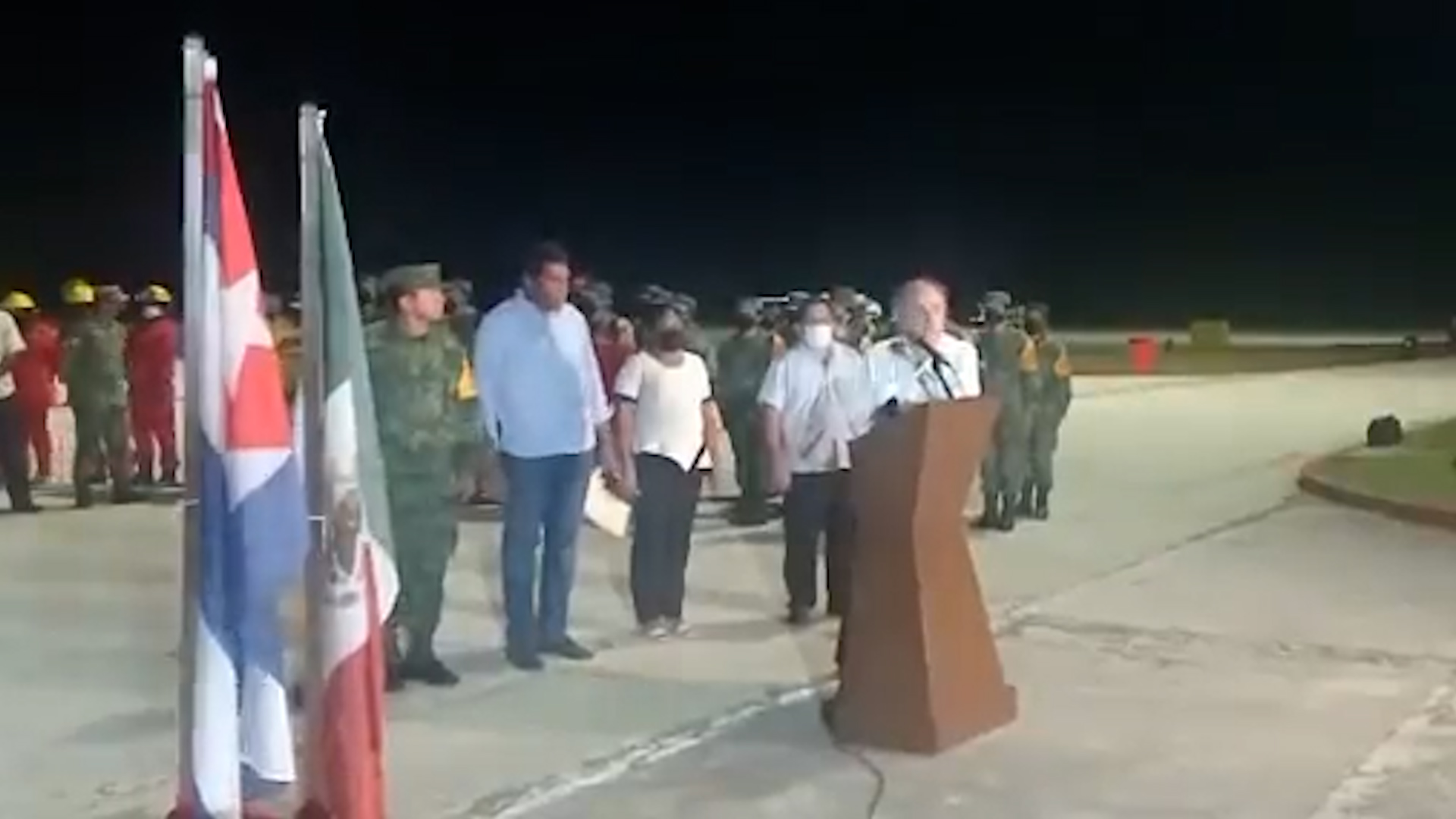 Aid from Mexico arrives in Cuba after fire in Matanzas (Screenshot)

And in the same social network, the discontent of the Mexicans themselves was immediate. With comments such as “Here it doesn’t even help the victims of line 12”, “Meanwhile here the miners are still not rescued” or “It’s good that they do send help quickly there”, users claimed the immediacy with which came to help on the island.

Meanwhile, the Cuban emergency teams, with international support, continue this Sunday fighting the serious fire that broke out at a fuel depot base in Matanzas, in the west of the island, and which They have already left one dead, 121 injured and 17 missing.

The tasks of firefighters, specialists and health workers have been maintained throughout the night in the area, where the flames have already affected two of the eight deposits, of 50,000 cubic meters each.

According to official media, the fire has approached a third tank, although it seems that the firefighters have managed to lower the temperature in the area by cooling, even with a helicopter, with seawater.

In parallel, work is being done on the evacuation of diesel in this third deposit, by means of tank trucks and a cabotage ship, which this Sunday will try to dock in the area to evacuate part of the fuel. 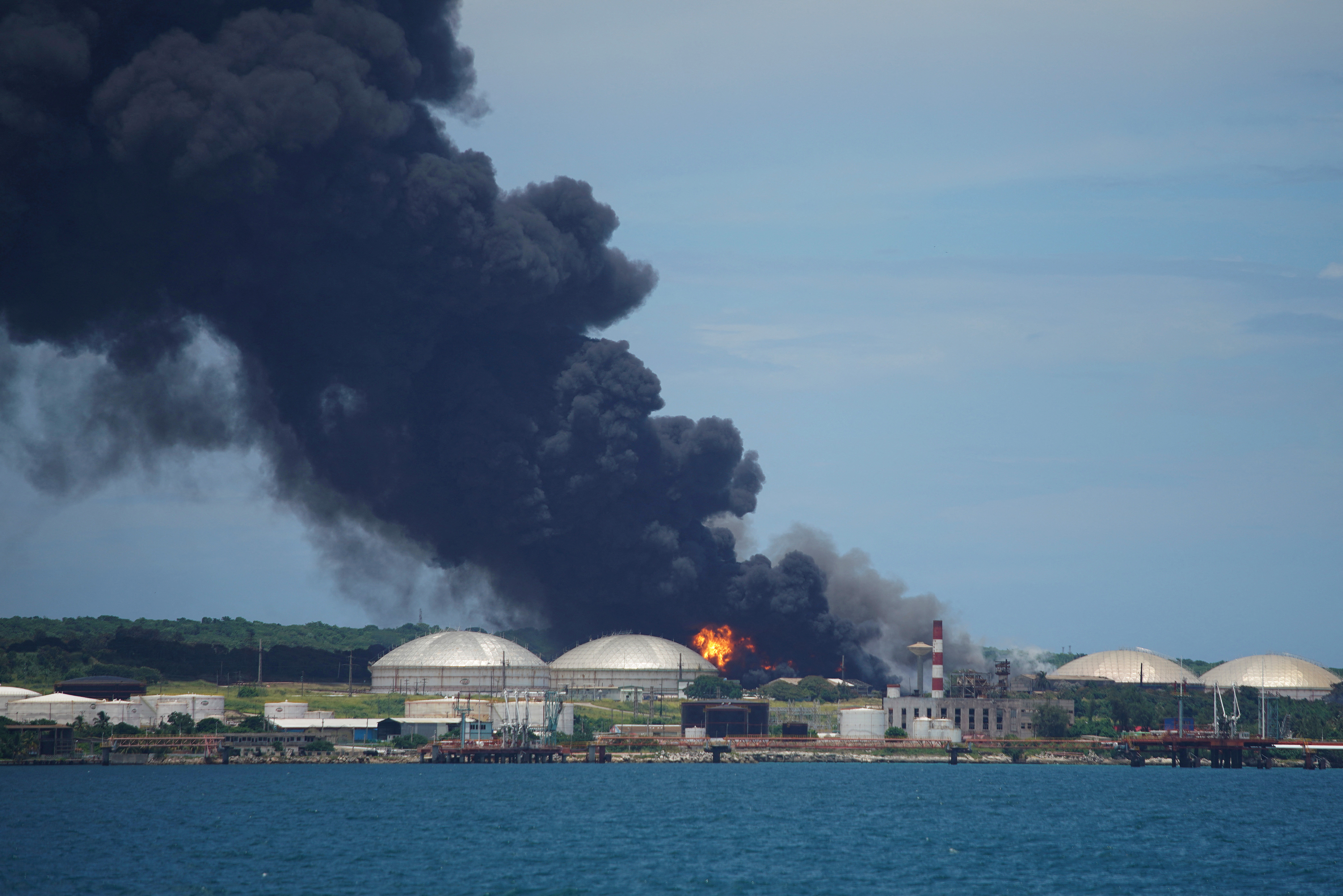 Explosion of two fuel tanks in the city of Matanzas, in western Cuba (REUTERS / Alexandre Meneghini)

The last part of the Ministry of Public Health (Minsap), from 7:00 p.m. local time on Saturday (11:00 p.m. GMT), spoke of 36 hospitalized patients, of whom five were critical and three were seriously ill. Local authorities are expected to give a new part at 10:00 local time (14:00 GMT).

At dawn, teams of specialists from Mexico and Venezuela have joined the firefighting tasks.

The Mexican team, the first to arrive at the scene, has 60 soldiers and 16 technicians specialized in confronting industrial fires from the state oil company Pemex.

Thirty-five specialists from the national oil company PDVSA and 20 tons of supplies arrived from Venezuela.

The fire broke out around 7:00 p.m. local time (11:00 p.m. GMT) on Friday, according to the first hypotheses, when lightning struck the base of fuel deposits and exceeded the capabilities of the lightning rod system.

That same afternoon the first tank exploded, with some 25,000 cubic meters of oil, and at around 7:00 local time (11:00 GMT) the second, with an undetermined amount of fuel, ignited.

The flames have risen several tens of meters, dyeing the sky of nearby Matanzas red, and the huge column of black smoke has reached Havana, more than 100 kilometers away.

With information from agencies

AMLO sent personnel from Pemex and the Armed Forces to Cuba to support the fire in Matanzas
Cuban dictator Miguel Díaz-Canel thanked Mexico for the support sent before the Matanzas fire
Two oil deposits are burning in Matanzas, Cuba: experts warned that a toxic cloud is moving and could reach Havana