The Colombian people are partying this Sunday, August 07, as it will be the date on which Gustavo Petro take office as president of that Latin American countryestablishing himself as the first president of Left politics to come to power in that nation.

Yes ok the congratulations have not stopped for Gustavo Petro Since his victory in the electoral elections was announced, leaders and high-ranking officials from different governments were invited to Colombia to witness the swearing-in of the leader of the Political Coalition Historical Pact, among whom The presence of the Mexican foreign minister, Marcelo Ebrard, stood out.

It was through a statement that the head of the Ministry of Foreign Affairs (SRE) reported that is in Colombian lands to represent Mexico in the inauguration of President Gustavo Petroto whom he extended multiple congratulations. 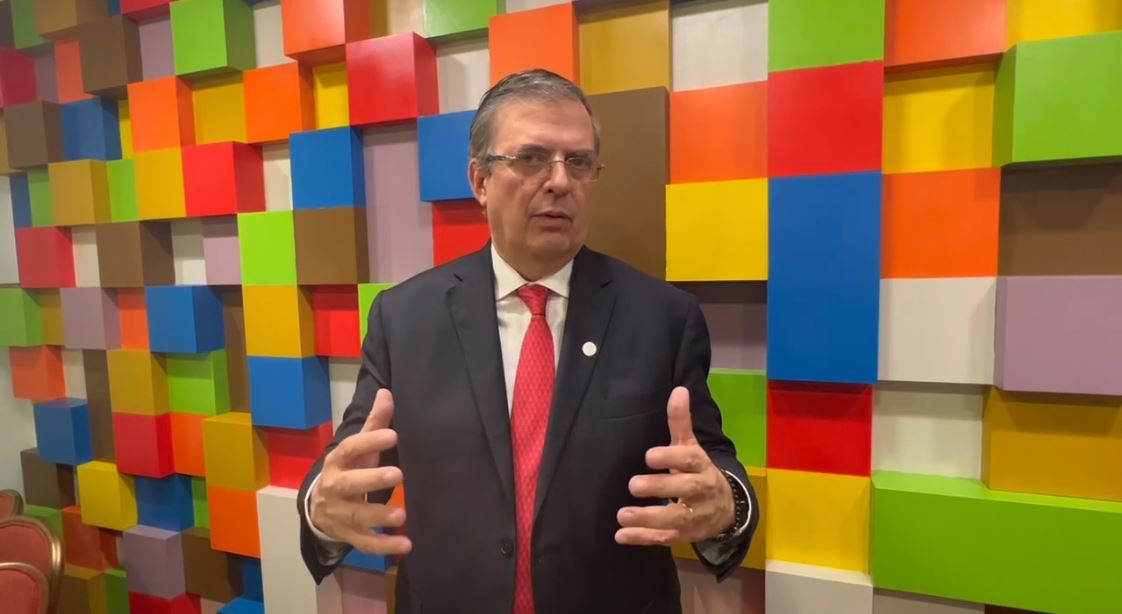 The Mexican foreign minister expressed his congratulations to the new president of Colombia (Photo: Screenshot)

It was like that Marcelo Ebrard sent his best wishes to the Colombian president and his people and, he assured, that Gustavo Petro represents many new ideas with which Mexico has a great affinity, for which he considers that his administration will bring great innovations to Colombia that are of interest to all of Latin America.

“We wish Colombia the greatest of success as of today, and President Petro much success, forward Gustavo”, declared the Mexican foreign minister.

It is worth mentioning that the visit of the Secretary of Foreign Affairs to Colombia for the inauguration of the new president is part of the work agenda that has been fulfilled in recent days in different Latin American countriessuch is the case of Bolivia, where yesterday he participated as guest of honor in the civic acts of the ceremony for the 197th Anniversary of the Independence of the Plurinational State of Bolivia, held in the Plaza 25 de Mayo in the city of Sucre. 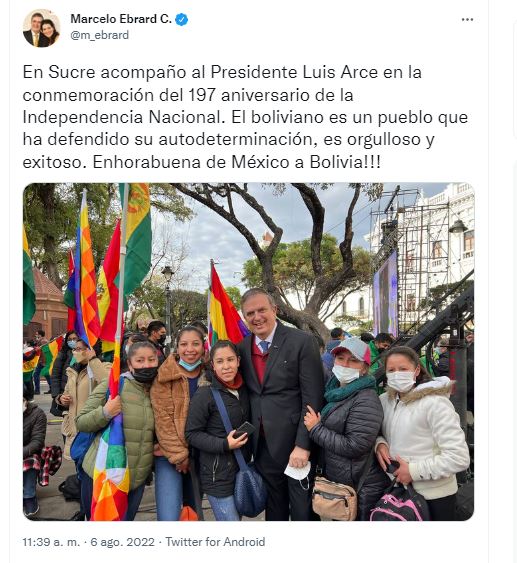 The Mexican foreign minister was invited to an ancestral ceremony (Photo: Twitter screenshot)

to said event the Mexican foreign minister was invited by the president of Bolivia, Luis Arce Catacoraand participated in the ancestral ceremony of offering to the Pachamama that, during the month of August, is celebrated by the native Andean cultures to reinforce and reestablish the bond of reciprocity between humanity and Mother Earth.

Likewise, on behalf of the people and Government of Mexico, Secretary Ebrard laid a floral offering in honor of Marshal Sucre’s memory and the liberators of the country and participated in the solemn session at the Casa de la Libertad. 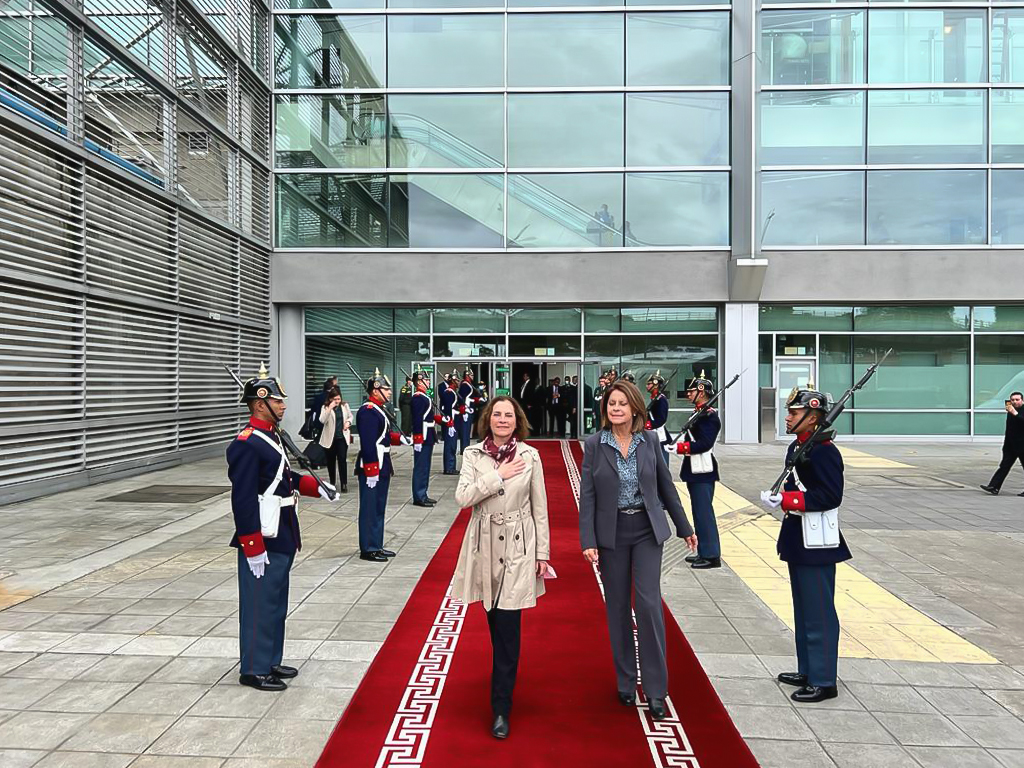 Representing Mexico in the important ceremony of the Colombian Government, The academic and wife of President Andrés Manuel López Obrador also arrived in the Latin American country, Beatriz Gutierrez Muller.

With the simplicity that characterizes her, the writer shared through her official Twitter account Facebook a photograph of his arrival in Colombia, which he accompanied with a text in which he assured that his presence at the Gustavo Petro protest It was commissioned by the president of Mexico himself, Andrés Manuel López Obrador.

“My president Andrés Manuel López Obrador has commissioned me to represent him at the inauguration of the next president, Gustavo Petro,” wrote Beatriz Gutiérrez Müller in her publication.

In the same way, the academic explained that upon arrival at the international airport of Bogotá, was received by Foreign Minister Martha Lucía Ramírez de Rincón, who wished him success in his new tasks and activities.

Wearing a khaki trench coat, a cherry scarf and black dress pants, Beatriz Gutiérrez Müller also took advantage of her publication to send a cordial greeting to Mexicans living in Colombia and to all the people of that country on a day of great importance for their nation.

Cuban dictator Miguel Díaz-Canel thanked Mexico for the support sent before the Matanzas fire
They beat AMLO for criticizing Anaya and Meade: “If they had won, the health system would not have collapsed”
“I am not going to fall into provocations,”: Sener head responded to opponents after the controversial “Nahle Law”