Draw at 2 between Leicester City and Brentford 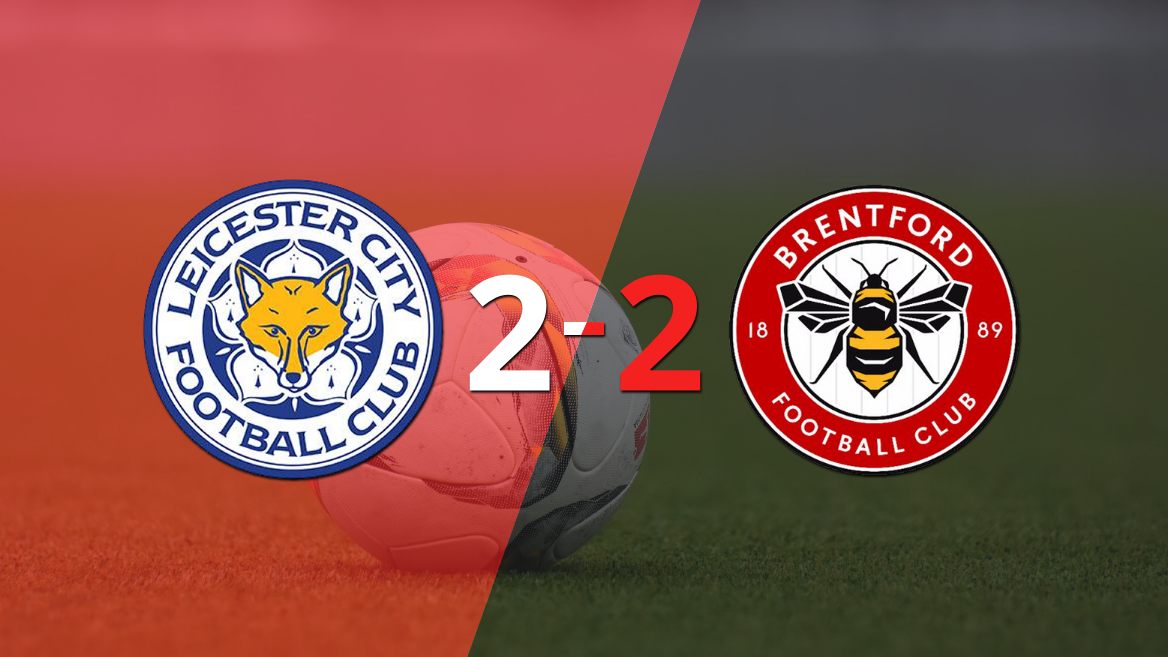 The match played this Sunday at the King Power Stadium and between Leicester and Brentford ended with a tie at two between both contenders.

Wesley Fofana came close to increasing the difference in the 66th minute of the second half, but his shot hit one of the posts.

Josh Dasilva also had a good performance. The Brentford midfielder scored 1 goal and made 15 correct passes.

The process of the game was fought and with a lot of friction during the 90 minutes.

For its part, Thomas Frank’s team came out with a 4-3-3 tactical arrangement with David Raya under the three sticks; Aaron Hickey, Pontus Jansson, Ben Mee and Rico Henry on defense; Mathias Jensen, Christian Norgaard and Vitaly Janelt at half court; and Bryan Mbeumo, Ivan Toney and Yoane Wissa up front.

Jarred Gillett was in charge of overseeing the order of play during the match.

On the next day Leicester will face Arsenal as a visitor, while Brentford will play at home against Manchester United.

In this way the local is in eleventh place in the championship with 1 point, while the visit, with 1, is in eighth place.