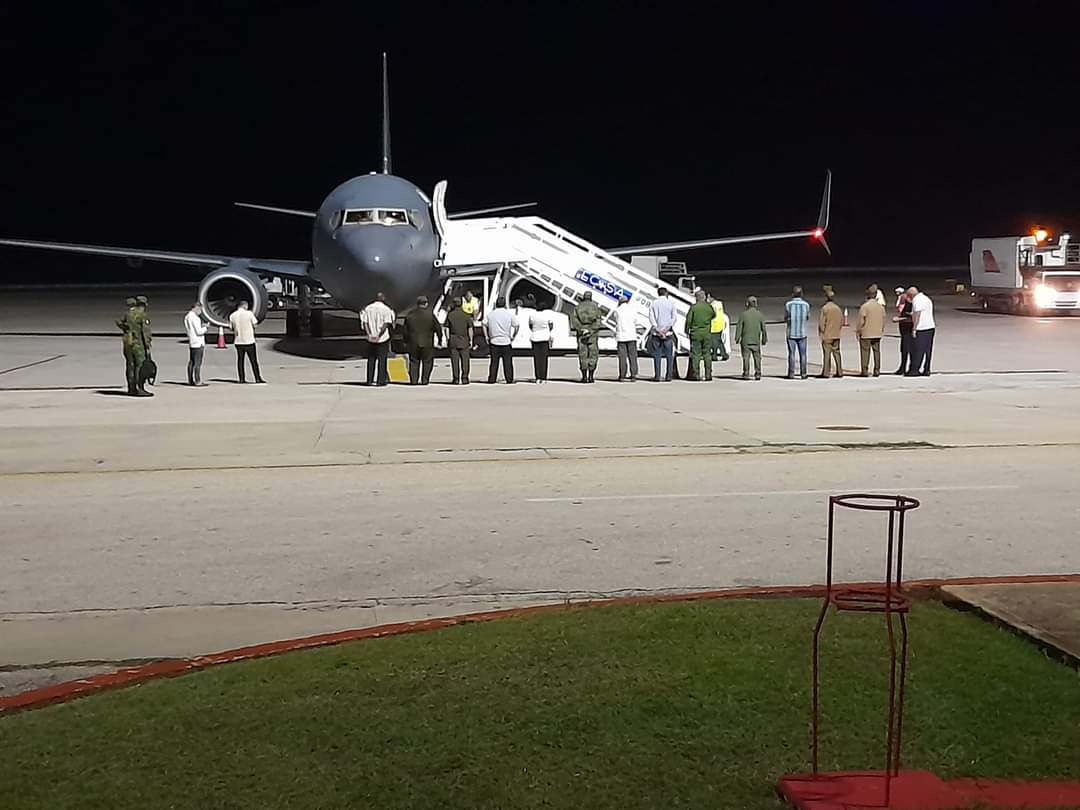 Four planes of the Mexican Air Force landed during the night and early morning of last Saturday in Cuba to provide humanitarian aid to two oil tank fire which was recorded in an industrial area in the province of Matanzas.

Thus, the dictator Miguel Díaz-Canel spoke through his verified account of Twitter to thank the Government of Mexico for the solidarity shown to the Cuban people, as well as for the help they sent through the Mexican Armed Forces. Similarly, the message was also addressed to the governments of Venezuela, Russia, Nicaragua, Argentina and Chile. 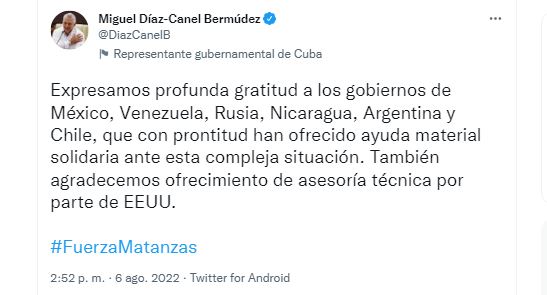 The dictator thanked the countries for their help in the face of the Matanzas fire (Photo: Twitter screenshot)

For its part, and as incredible as it may seem, the United States government offered the Caribbean island technical advisory supportattention that the dictator Miguel Díaz-Canel also appreciated.

Since the controversy of Cuban doctors in Mexico until the Summit of the Americas held last June and to which President Andrés Manuel López Obrador refused to attend in person because the United States excluded the dictatorships of Cuba, Venezuela and Nicaragua; The self-styled Fourth Transformation has been characterized by the fraternal bond it maintains with the Caribbean island, so the help was not long in coming.

In this regard, the dictator Miguel Díaz-Canel welcomed the members of the Mexican Armed Forces and to the technicians of Petróleos Mexicanos (Pemex) who They were sent by President López Obrador to support the fight against the Matanzas fire.

It was shortly before nine o’clock last Saturday night that at the Juan Gualberto Gómez international airport in the city of Varadero, in the province of Matanzas, The first flight with humanitarian aid from Mexico landed.

The Boeing 737-700 aircraft of the Mexican Air Force transported around 60 members of the Armed Forces and 16 technicians from Petroleos Mexicanos (Pemex) that will support the mitigation of the fire of the Matanzas fire, assured local media.

Similarly, it was reported that this would be the first of four flights that have landed on the Caribbean island so far and that they moved -in addition to personnel- chemicals and other materials to fight the fire. 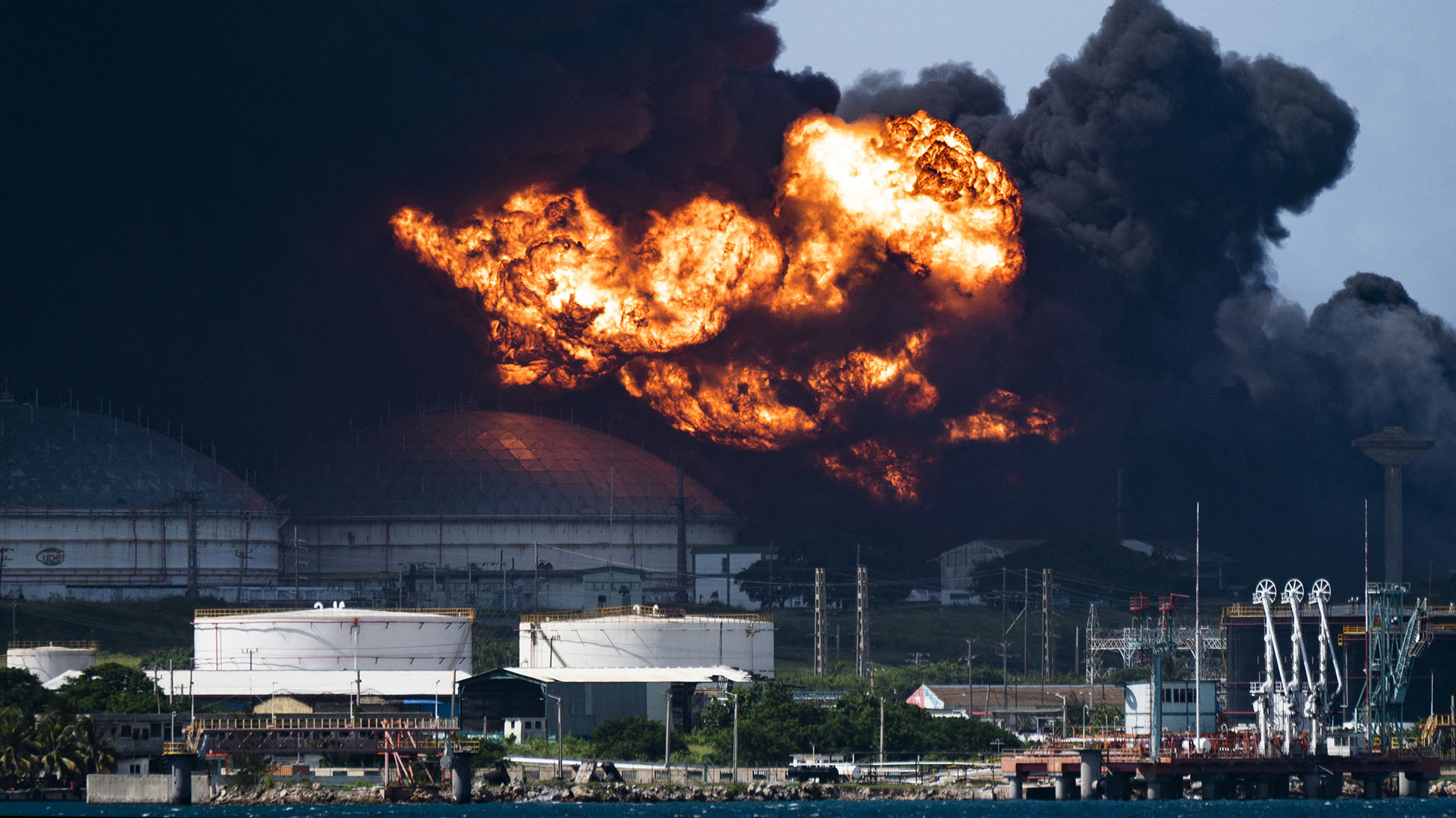 View of the massive fire at a fuel depot, sparked overnight by a lightning strike, in Matanzas, in western Cuba, taken on August 6, 2022. – Cuba asked for help Saturday to contain the massive fire that left 77 people injured and 17 firefighters missing. Some 800 people have been evacuated from the area. (Photo by Yamil LAGE / AFP)

Around 7:00 p.m. (local time) on August 5, lightning struck a fuel storage tank near the city of Matanzaswhere a fire broke out and spread to a second tank on Saturday, the island government reported.

The emergency services have tried to put out the fire that has left, one dead, 17 missing firefighters and at least 121 injuredthree of whom are in critical condition.

The unlocated firefighters “were in the closest area, trying to prevent the spread,” reported the Cuban presidency through Twitter.

Near thousand inhabitants of the surroundings have been evacuatedinformed the governor of Matanzas, Mario Sabines. 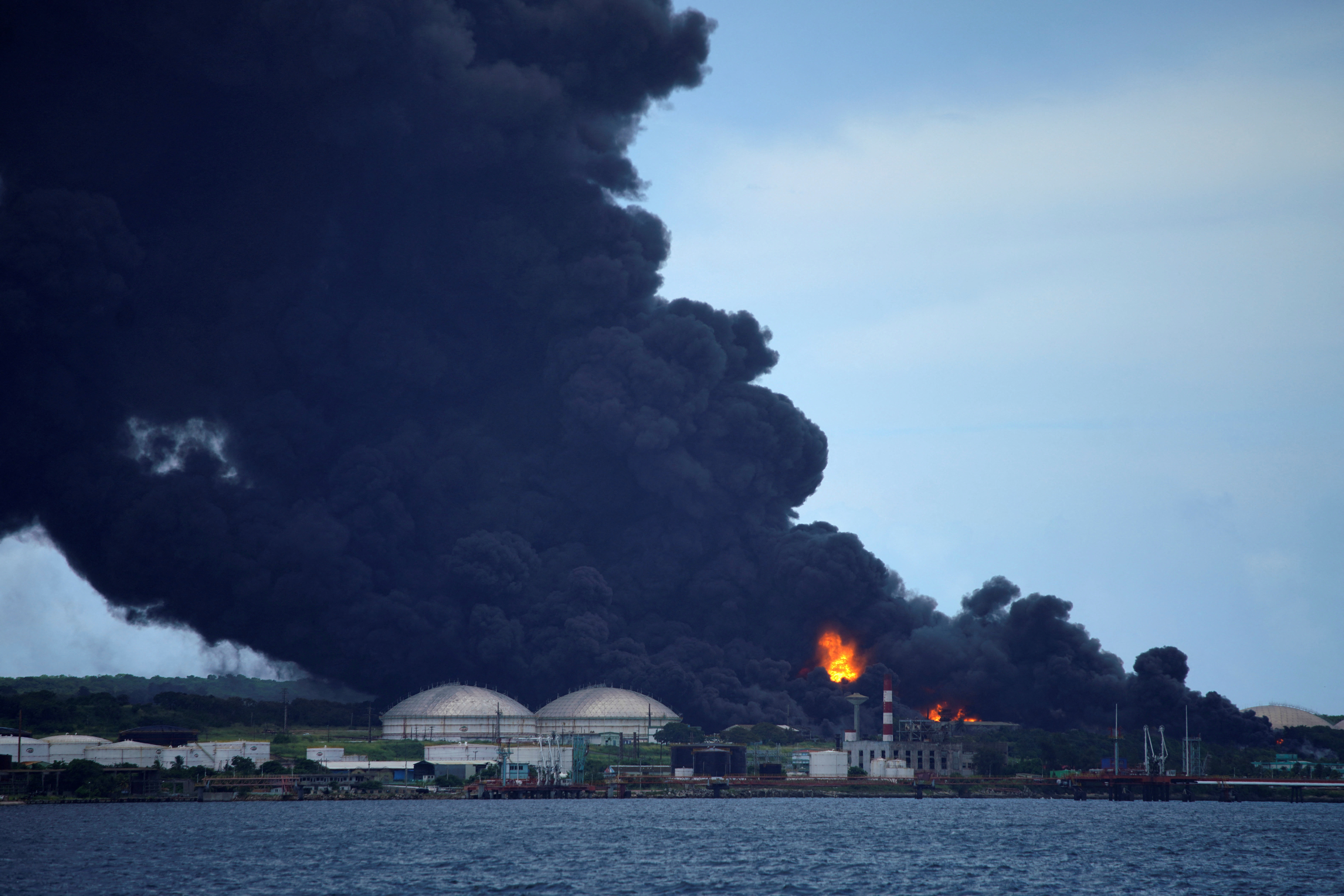 The authorities of the province, 130 km from Havana, the capital of the country, informed through Twitter that there have been several explosions.

“There is no certain information about the magnitude of the accident.but it will undoubtedly be one of the saddest accidents”

Television images showed helicopters spraying seawater and sand over the burning area to prevent the fire from spreading, as well as actions to cool the rest of the tanks and prevent possible explosions.

The crude deposits have a capacity of 50 thousand cubic meters each and they are located at the Supertanker Base in an industrial area of ​​Matanzas, near the Thermoelectric Antonio Guiterasone of the largest in Cuba.

The shocking images of the fire in the oil deposits in Matanzas, Cuba
Dos Bocas Refinery: a month after it was inaugurated, electric power is installed in all plants
CDMX firefighters put out fire in Iztapalapa and revived a puppy